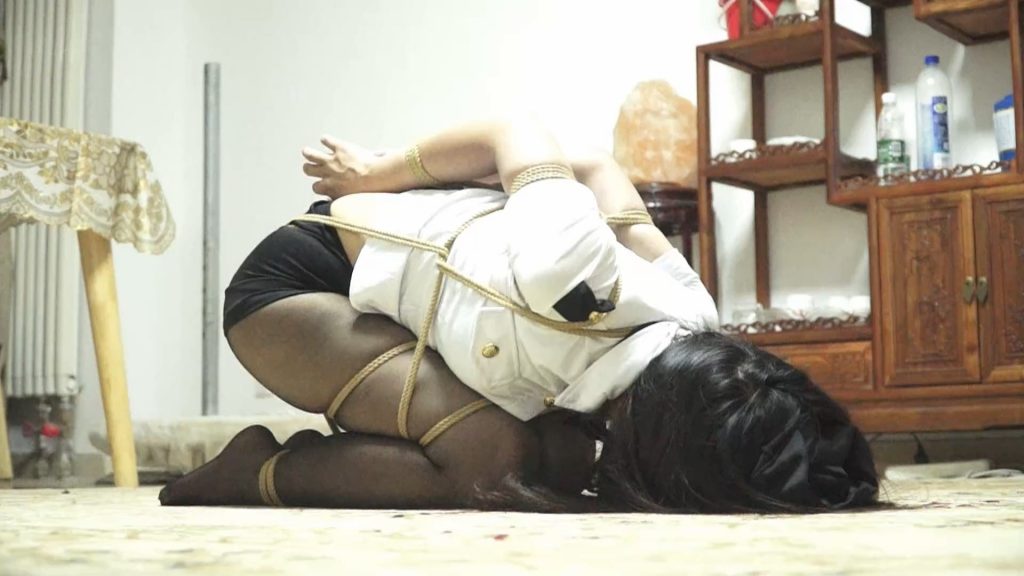 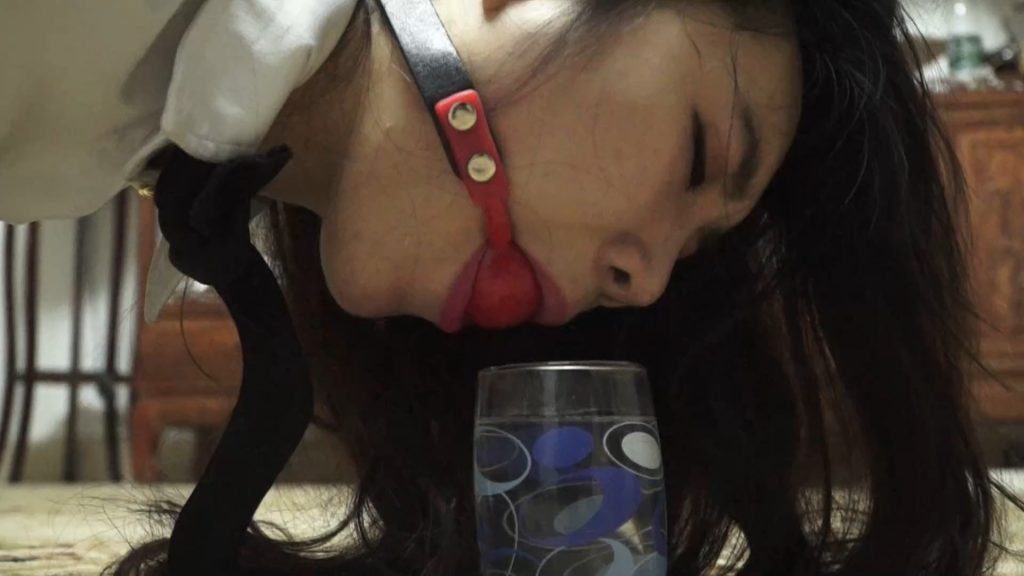 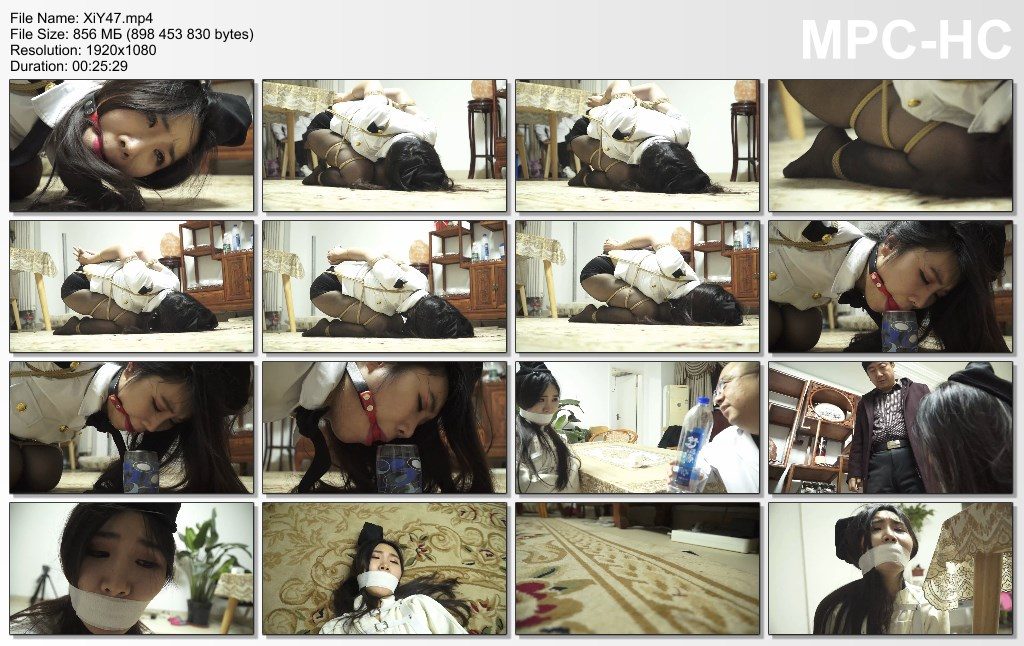 Last time the policewoman was tortured for a long time and was finally released by the doctor.

Not only did the doctor not spare her, she took out a large bundle of ropes and it seemed that the torture had not ended yet.

03
Beauty is tied up with rope reinforcement folded, gagged into a racecourse.

The doctor said with a smile: “This body is bundled into a meat group Karma feeling is not very sad?”
The doctor took out a small cup, placed far from the beauty of the location, at least 3-4 meters.

The doctor said, “After a while I will be back, and you need to climb over, fill the cup with saliva, otherwise I will not give you back to eat, after that I will only give you a meal, Can you resist? Stay tuned. ”
The doctor left. . .

Policewoman inner soliloquy: damn madman, I am now tied and the same ball, how to move in the past ah, but also filled with cups of saliva? Too hard, but I have to go. If he does not plan to eat for me in the future, I can not do anything even to support the captain. Too humiliating But no way, I have to do what he says. I’m furious

The policewoman creeps slowly and wants to climb the cup, she is bound into a ball so slow she moves like a snail. Did not exhausted her alive.

Do not know how long, the policewoman tired of half-life finally enough to the cup.

Policewoman struggling to climb to the edge of the cup, drooling at the cup, humiliation of the policewoman to cry.

The doctor came back and picked up the cup and smiled.

The doctor crouched down, holding the policewoman’s face and said, “It’s not too bad. Dignified police officers climbed their own drool and let others know that they are not laughing. This time you are successful, but you do not forget this. Taught you a week, but I have 2 months to play well with you oh ~

The beauty returned to the restraint clothing, rope tied her stockings legs together.

The doctor took out a bottle of mineral water, the beauty said: “I did not expect you so powerful, 2 months of torture did not let you give in, no way, and put the poison in the water, Interpol captain, I let him drink, Assurance woe, he died no one can save you ”
Policewoman heard horrified shouting.

Captain angrily Road, “how the disease has not cured ah, how violent tendencies are getting worse, and began to ill ah.”

But the captain or policewoman’s blockage solved.

The policewoman quickly said “Captain quickly save me, this poison was put in the water, he is not a good man, he wants to harm you.”

Listen to the captain to see the doctor, the doctor apart from anything else, which drank a mineral water to prove that no poison.

Policewoman just knew fooled, she said, “This is the trap he gave me, is to lie to you, he really is not a good man, 2 months he has been torturing me captain you must believe me ah ”

Captain smiled and said, “You just said he poisoned me, and now he said he tortured you? Do you think I will believe you? How do you get sick more and more serious.”

The doctor hurriedly ran to block the policewoman’s mouth again.

The doctor said, “Yeah, I thought at first that I was only violent. I did not expect that I now have delusional symptoms. It seems that I can not be discharged today. She needs good long-term treatment. When is he cured and when can she be released? come out.”
The captain nodded and said he would greet the police and her family are, you can be assured treatment.
In the moaning voice of the policewoman, the doctor sent the captain, two people left.
Desperate policewoman struggling.
Policewoman inner monologue: how to do this time, how do I Tongtu police in such a simple trap ah? It will not come down to save me, everyone thinks I’m really crazy, do not ah, help! ! Who will help me!
Policewoman struggled to find a cell phone, but because wearing a restraint clothing, the phone just stuck inside the carpet, if most people simply took it out, but for now the policewoman simply can not get out.
She jumped around, shouting out the window, but she could not escape. Desperate to let strong beauty crying painful. . . .