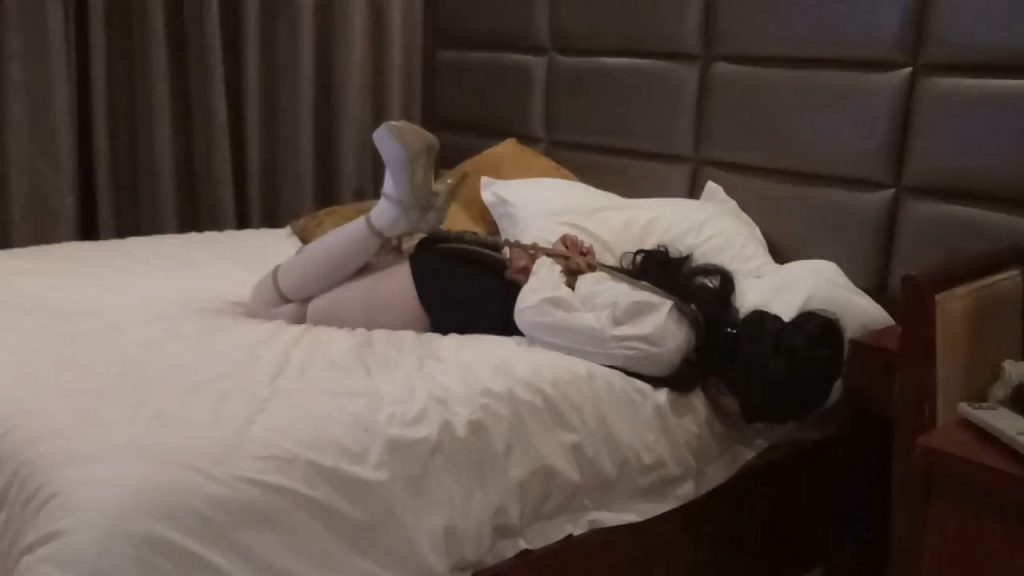 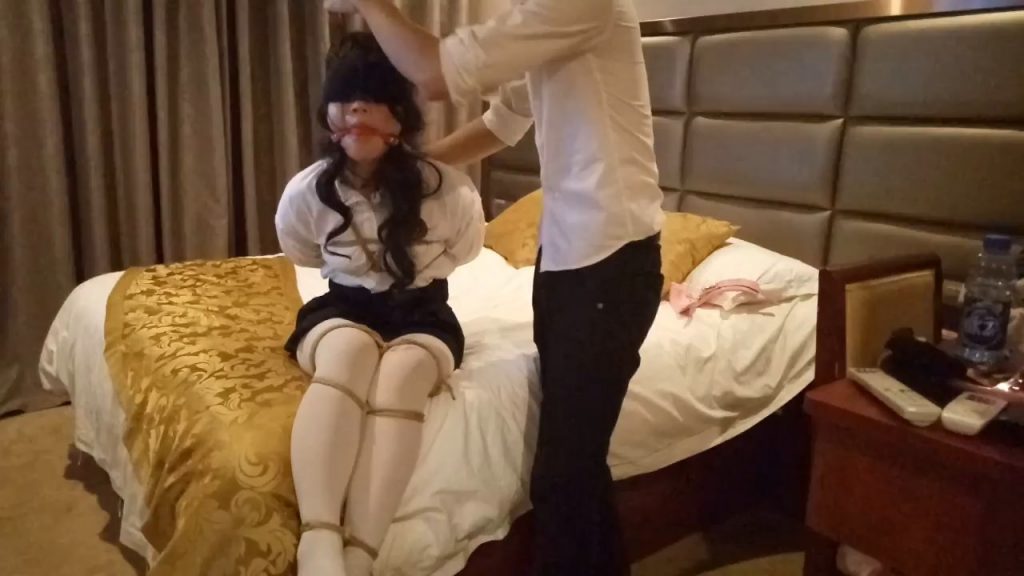 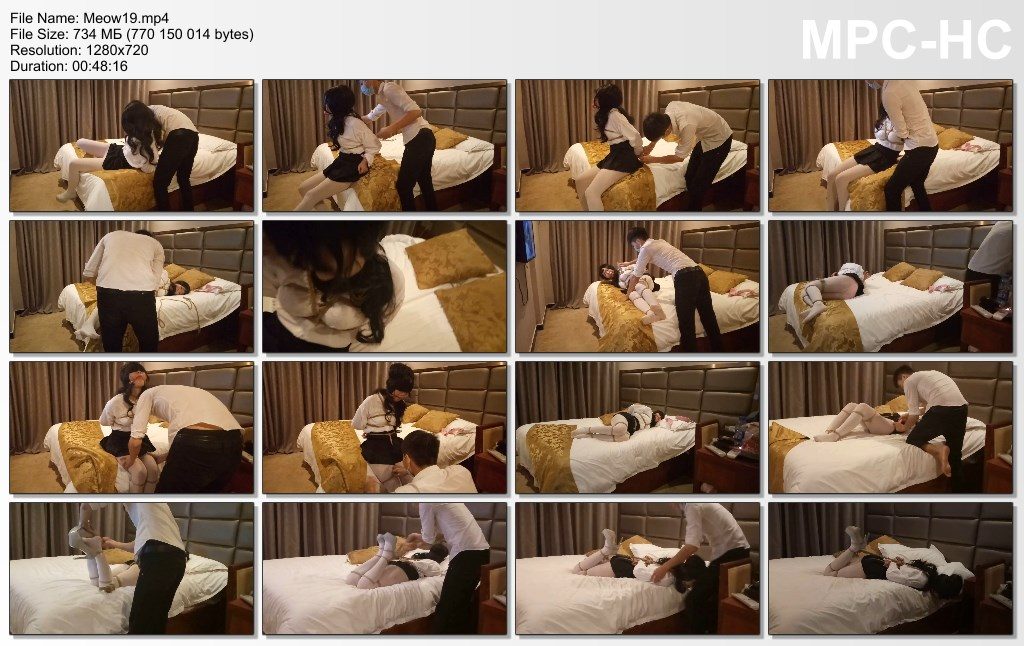 Plot: A student or a student who is working at home and encounters thieves entering the room kidnaps and brutalizes
The weekend sister had a vacation in her room. She didn’t know that thieves had entered the house to steal things. The sister paper was not closed in the room. The criminals discovered that because the sister paper was wearing a mini-skirt and the high-heeled shoes were beautiful, the thieves turned from a theft to a colored heart.
Male: Do not move, do not move. . .
Female: Hey ~~~ (Strongly resisting struggle)
M: First plugged her sister’s mouth with stockings and added a mouth ball for safety.
Female: Hey ~~~ (continue to fight violently)
Male: Put her sister on her hand to prevent her from running around
M: And then tied my sister first with a rope. The body and hands were all tied up. Take out the stockings and bring the ball to her alone. My sister had left a lot of saliva.
Female: Hey ~~~ (Sister continues to struggle violently)
Man: Well, you guys can really play now. When you are at home, you’re doing homework and you’ve got vibrating eggs. Isn’t it comfortable? I’ll help you adjust a bit more frequently. Isn’t it comfortable? Ask the girl.
Woman: Hey ~~~ shook his head and denied
Male: Sitting on the bed, hands touching her sister
Female: Painful and strenuous struggle
M: Then, with the sister’s long legs tied up, the girl’s skirt is too short and her ass can’t cover herself. I can’t help thinking about it.
Woman: Hey, hey, he is struggling with the whole body.
Male: After being tied, she is thrown into the bed and her sister keeps struggling on her bed. She brings a blindfold to her sister, and then gives her sister a bundle of ropes. She continues to increase the frequency of egg-jumping and adds a vibrator to her. The sister responds more violently. Repeatedly asked the sister more than cool
Woman: She is constantly struggling to shake her head and her mouth is vague.
M: Even if she tossed her sister on the bed for more than an hour, she was asleep.
After one hour…..
Woman: Sister ~~~ What seems to be saying in your mouth?
Male: Pull her sister up to solve the ball
Woman: I’m going to the toilet.
Man: I’m going to go to the toilet. I won’t let it go. Or you just pee the pants.
Woman: Really anxious, I want to go to the toilet
Male: When the sister didn’t finish, she put the mouth ball and gave it to her sister.
Woman: She is still arguing with a mouth ball
Male: Pull her sister up to sit up and put her on her super high-heeled shoes. The woman is unwilling and always takes off. She put her sister lying on the bed and forcibly put the Hummer on the high-heeled shoes on the sister’s bed. She also played the sister’s buttocks. Vibrator frequency is adjusted to maximum
Female: Struggling, painful
Male: Put the sister’s head on the bedside after the horse is tied up
Woman: Sister was even drooling, just mouth down, saliva on the non-stop stay, unable to stop flowing drool along the struggling
Man: When the hustle and horse are bundled up, the sister is thrown on the bed. No matter what, let the girl suffocate herself and never let the toilet go. The sister is desperate to struggle in the bed. I don’t know how long she has fallen asleep…

Later, we didn’t know what happened to the sister.
This story is over!