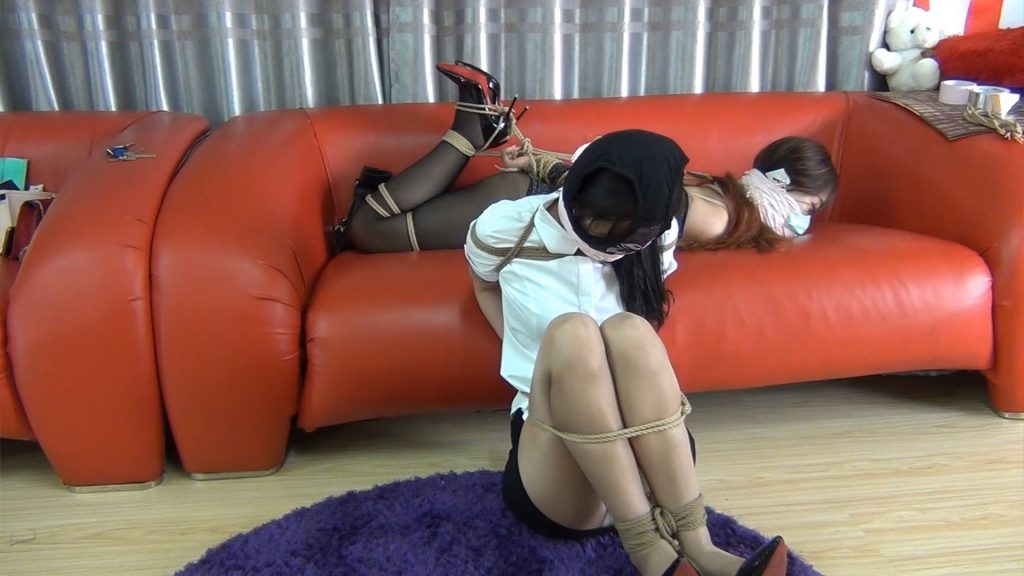 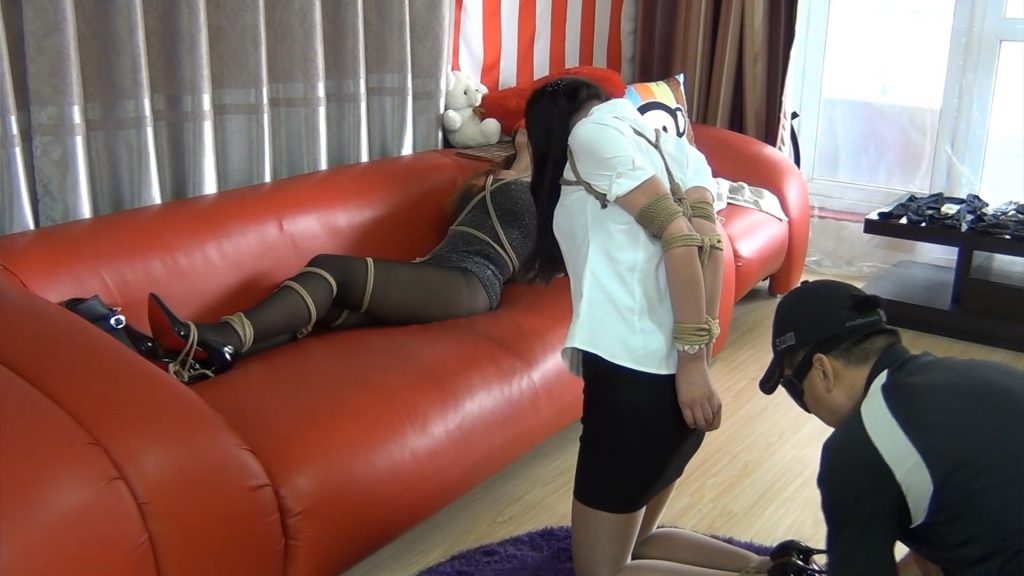 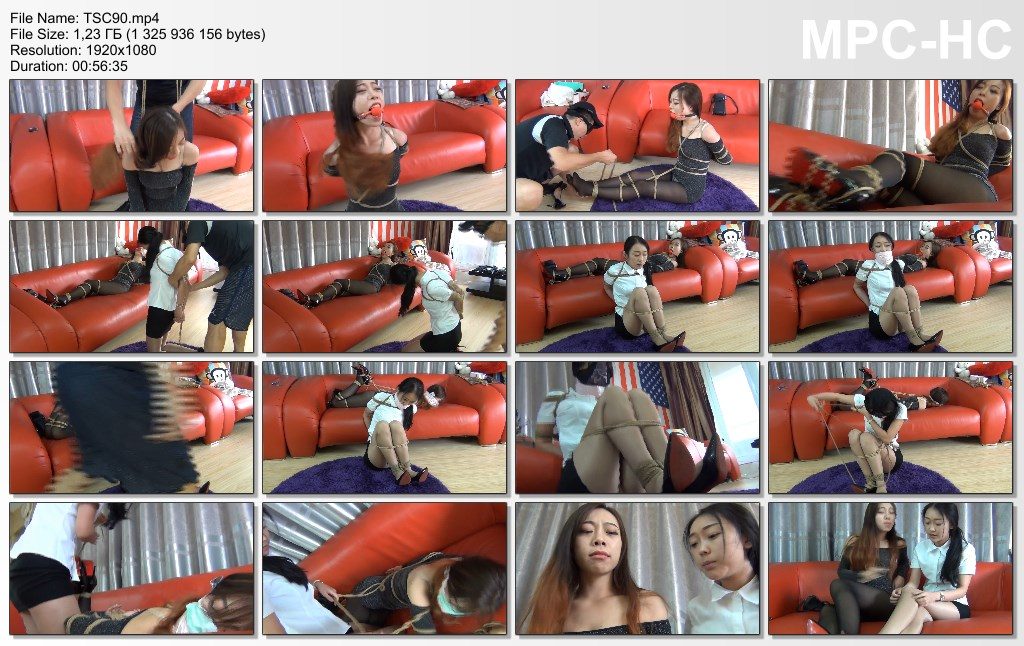 Female A (joyful expression) opened the door and entered the room. The ambushing male robber suddenly attacked (grieving) and the male robber whispered: “Don’t move, it will kill you.” A does not move. Woman A: “You are committing a crime and let me go!” The male robber took A’s mouth and took a ball to force A to put on.
The male robber pushed the prostitute A to the sofa and let the female A kneel down. When the male robber took out a rope from a bag and tied the female A (bundled Chinese style five flowers, the upper body bundled, the legs and the ankles, and took off the high-heeled shoes), the female A showed angrily, struggling, tampered with men,匪 warned women A. After the bundling was completed, the male robber placed the female A on the sofa (by lying on the front), leaving the female A to stay and leave. Woman A writhed and struggled.
After A female struggling for a while (the screen turns black). Female B came in and saw the female A screaming and quickly tried to unwind the female A. A male robber appeared and suddenly attacked the slut who controlled B. When the female A saw the helpless barking, it was useless. The male robber asked the female B to kneel down, tied her (style arm, leg and ankle binding, high-heeled shoes off) during the period, the female B was afraid, asking for forgiveness, and the male robber scolded the female B for threatening her not to speak out.
The second paragraph (saikou articles): After the bundling is completed, the male robbers find tools to prepare the mouth of the two women. The male robber took out a flesh-colored pantyhose (thick, stuffed mouth), one hand gripped the female B’s nose, and one hand stuffed the pantyhose into the mouth of the female B little by little (clogged up , filling the mouth). The male robbers pressed the pantyhose stockings into the female B’s mouth by hand, and then sealed it with a silver electrostatic tape on the outside for four laps, and sealed it with a white adhesive bandage for four laps. (During the period, she saw that B was slobbered. Female A angered and kicked the male robber with his tied legs. The male robber told female A: “Don’t worry, I’ll be there for you.”)
The male robber handled B’s mouth and put her on the ground. Say to the female A: “The mouth ball wears the uncomfortable bar, gives you the change something to stop the mouth,” the female A shook his head. The male robber took out a pair of underwear (thin) and a pair of cotton socks (thin) from the bag. After solving the opening ball, he forced the panties and cotton socks into the mouth of female A. Also on the outside cover 4 circles of silver tape and 4 circles of white adhesive bandages. Then, the male robber asked the female A to head down on the couch and tied the rope to her. During this period, B was afraid of not being tampered with and would not help the barking.
After the two women were tied up and yelled, the robbers felt that they were still noisy. They had to wear masks for the two women. Because of the severe resistance of the female A, the male robber gave the female A a black eye mask and said to her: “This is not honest and punishes you.” Women B struggled less, and the robber said: “You are more obedient, how to reward you.” Take a pair of panties on B, so that the two women can only struggle.
The robbers were about to leave and said to the two women: “Two beautiful women, enjoy yourself. I’ll go and contact the customer and sell you overseas in the morning to let you enjoy.” Leaving two females howling.
The third paragraph (break free article): The two women struggling violently, on the sofa blindfolded female A horse shaking her body (to the black stockings more feet close-up) female B on the ground also twisted. After a period of time, (the screen became black), the female B on the ground European bondage broke loosely (unties the loose knot in advance), moved his hands and unfastened his rope, and then took off his sleeveless underwear and mask. Peel the bandage and tape and slowly pull out the pantyhose from your mouth. The female B quickly helps the female A to untie the rope and untie the rope and the upper body rope. After the female A sits on the sofa and removes the goggles, the female B helps the female A to remove the mouth mask, bandage and tape, and removes the female. A thing in the mouth. Then she unlocked her leg and ankle rope. The two women took up the high heels on the ground. “Fast, let’s go to the police” and run away