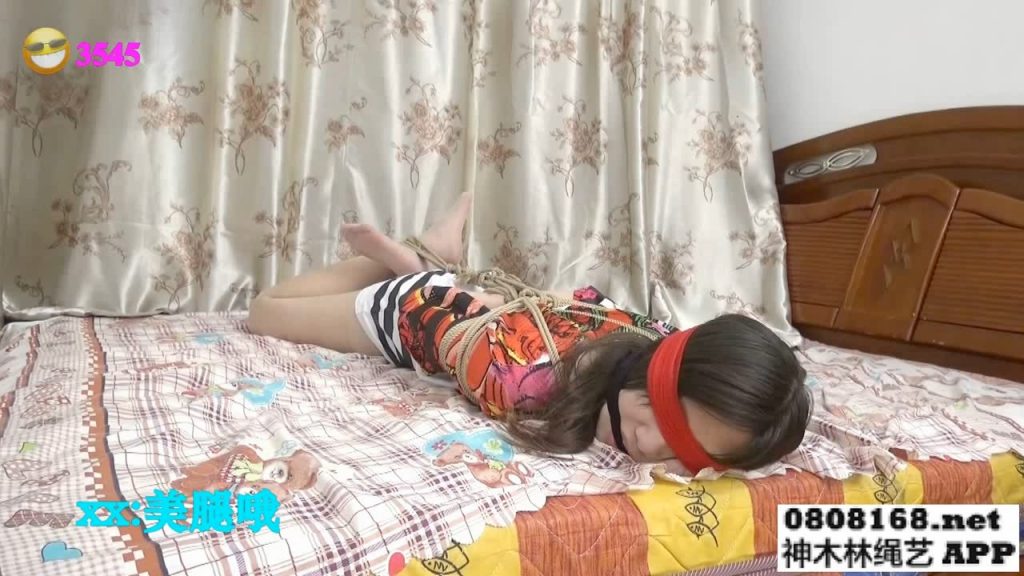 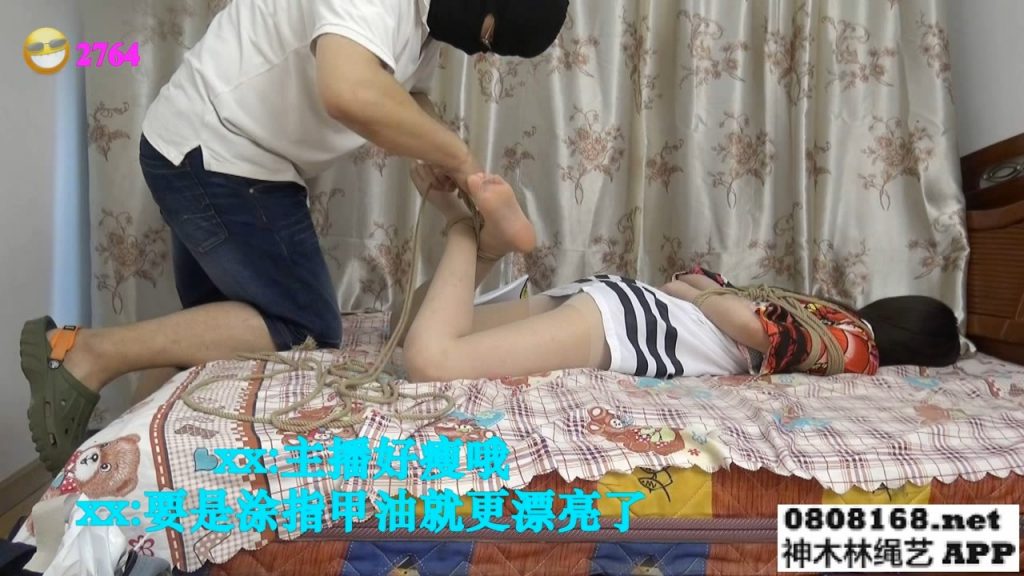 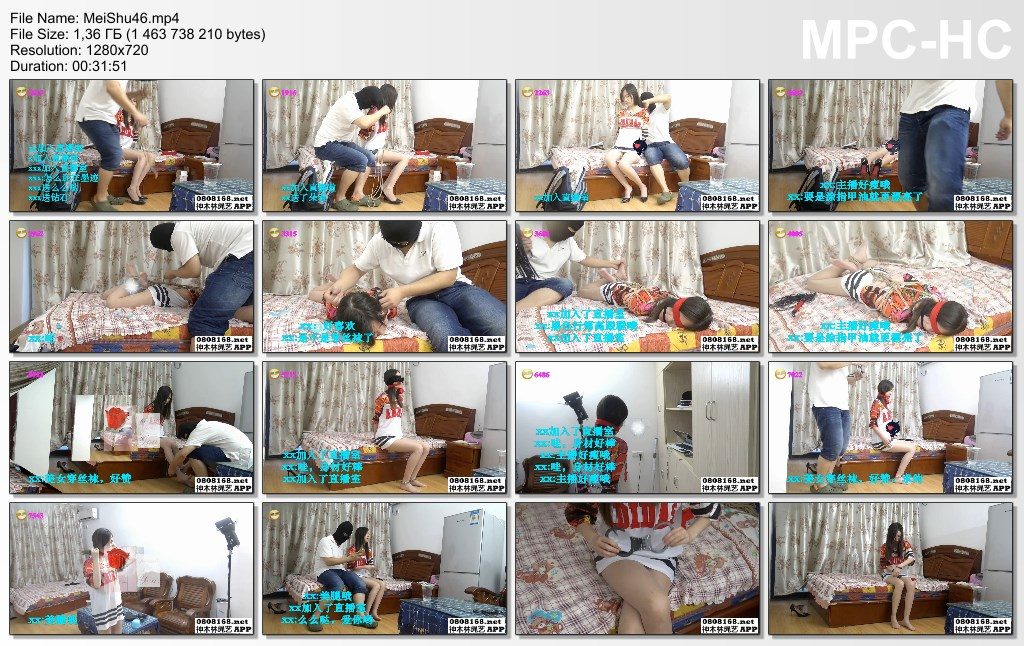 The old boy unleashed his handcuffs and his ankles, and the small fish took advantage of his wrists and ankles. Then he asked, What’s next?
Old boy: Metal finishes, of course, also rope art.
Small fish: What is rope art and will it be very abnormal?
Old boy: You do not know to try!
Fish: All right, listen to you.
After that, the old boy began to tie up the small fish, the Japanese small master, tied.
Old boy: tied up in the upper body! Is it nice to see it! Come to continue broadcasting! After finishing the game, continue to broadcast live fish.
The little fish started to walk on the table cloth and struggled: it was much better than I thought, not so uncomfortable!
Old boy: That is, don’t look at who is tied, oh oh oh, fans have counted over 3,000, you still have to refuel!
Fish: What should I do?
Old boy: Say your feelings!

Old boy: Well, after the show is over, to want more fans, we have to continue.
Fish: We must continue!
Old boy: Of course, how could this be done and the feet were not tied!
After that, the little fish lay on the sofa and began to snuggle up on the horses. After they were tied up, they picked up the phone and continued to broadcast the fish.
The little fish struggled and found that the solution could not be solved. He said: Can you help me to solve it?
Old boy: Unravel? That’s fine, the audience said that you are really charming! However, some viewers said that they hope to see you being gagged. Oh, you said, do we have to meet the demands of the audience?
Small fish: gag? What are you blocking?
Old boy: Isn’t this when you have just taken off stockings? Come to meet the wishes of the audience!
Afterwards, close the mouth of the fish with stockings. Close-up gag. Then put your phone on the side of the fish.

The fish has been untied, massaged his wrist and said: Live fans have been over 5000 now?
The old boy: only 4,500, worse than 500 ah, it seems to force me out!
Fish: What do you want?
Old boy: It is said that the live broadcast game now! Then let’s play games too!
Fish: What game?
Old boy: Hide and seek!
After that, he took out three handcuffs, one copying ankle, one joint of a handkerchief, one copy to the ankle, and then took out a blindfold to cover the eyes of the little fish. At the beginning, three keys were hidden and the small fish was pretending to
When I heard it, I wanted to know where the key was hidden. Unfortunately, it was unsuccessful. After hiding the key, the old boy looked at the fish and felt it was not enough. He tied it with a rope at his knees, and then
The small fish eye mask was taken down and said: OK, you go to the key! I will help you open the hand joints in handcuffs, but the rest of the handkerchiefs can be opened by yourself! this game
It must be fun!
The fish began to look for a key. It took about 5 minutes to find a key and found it was not. Then it started looking for a second key, it wasn’t the position of the open joint, and then
Find the third key, finally found, then the old boy will open the hand joints, let the fish open his wrists and ankles, and finally in the knee position to untie the rope!

Old boy: I know that playing games is effective. You see that live broadcast fans have finally been over 5,000, and they all have 8000. You have to take a rest!
Fish: I’m exhausted. I don’t want to come back like this!
Old boy, this may not be you! Well, I also play enough, then I’m gone, the model fee WeChat to you! By the way, this handkerchief has also been given to you, with no need to follow you!
Fish: I don’t need it! Do you think I will be taken over?
Old boy: Anyway, it’s yours. You handled it yourself! I am leaving! 88. The old boy withdrew and left a pair of handcuffs.
Fish: When you look back, you look at your handcuffs. You can’t help holding your hand to appreciate it. You look at it, then you pick yourself up again and pose for a few gestures. Then try to touch yourself.
Feet stockings feel. Then take a nap and rest. This is a sudden micro-letter. “You must try the keys before you scold yourself, right? Haha, you hurry downstairs. I hide my keys.
The corridor, you are good to find Oh! “The little fish quickly tried to open the handcuffs with the key. If the key was not correct, then there was no way to open the door to find the key.”