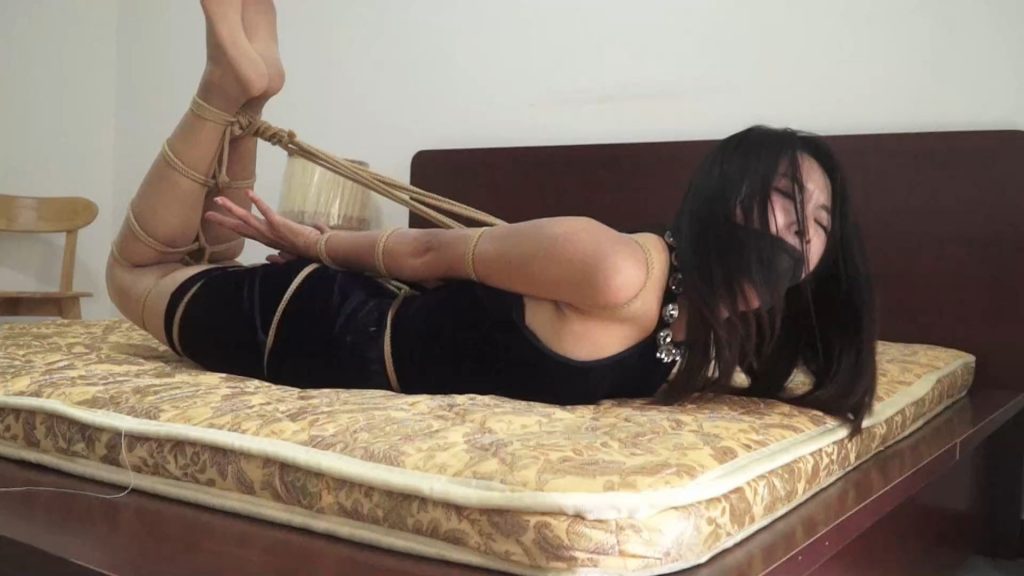 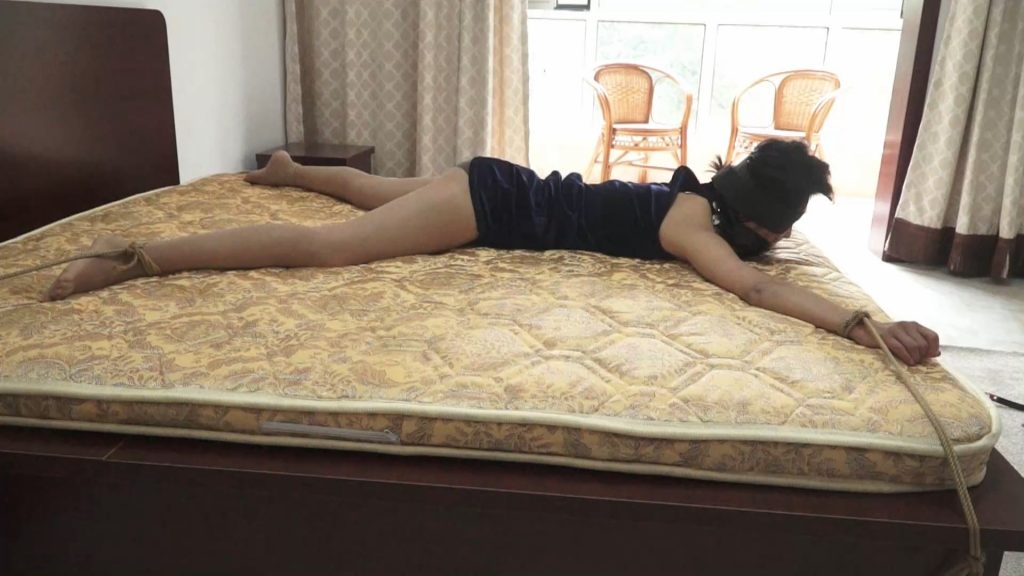 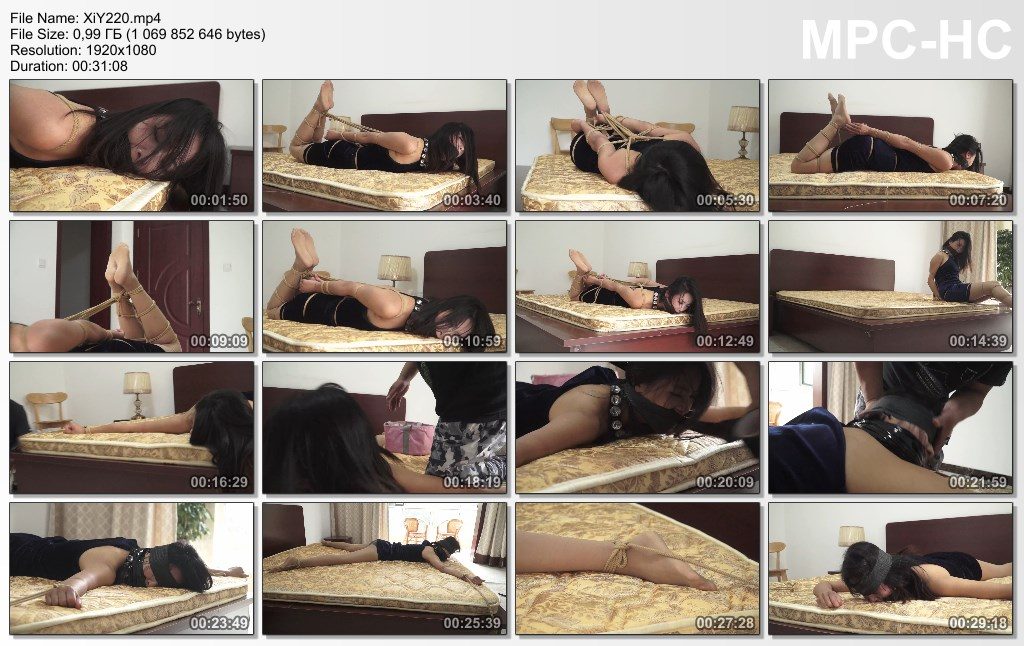 Beauty Xia Yan was unlucky this time. After being fainted by the glasses, the European-style straight-armed Hummer was tied to the bed, and a pair of flesh-colored short stockings were stuffed in the mouth, blocked by the ball and wrapped around the back with a black bandage.
Xia Yan slowly woke up from the coma, realized that she was bound, and began to struggle. After a period of time, she finally tried to loosen the knots that connected her hands and feet, trying to move on the ground with her hands, hoping to The clutches of the fat man who fled the glasses, but unfortunately, when she was approaching the door, the fat man of the glasses once again fell in love with the show, and Xia Yan could only be afraid to scream. . . . . .
The fat man untied the Xiayan rope, and put it back on the bed and tied it into a “big” character. The fat man tied the Xiayan wrist and said: “Oh, you Xiaonizi is quite powerful, almost let You ran away.” After the bundle, the fat man proudly: “Now see how you run!” Xia Yan can only scream and vent his dissatisfaction.
I saw the glasses fat man took out a bank card, said to Xia Yan lying on the bed: “Let’s do it, give you a chance, you tell me the password of your card, I will loose the rope, how? Xia Yan nodded.
The fat man in the glasses walked behind Xia Yan, lifted the bandage bandage, and took off the ball to take out a pair of flesh-colored short stockings that had been moistened in Xia Yan’s mouth.
Xia Yan gasped and gasped, and the fat man signaled Xia Yan to say the bank card password. Unexpectedly, Xia Yan said with an angry voice: “Hugh! You are perverted! Help!”
The fat man in glasses was angry and angered. He stuffed a black pantyhose into a small mouth of Xia Yan and said, “How is the taste? This stock is also worn by you, and it tastes good!”
Immediately, the fat man was sealed with a black self-adhesive bandage on the outside of Xia Yanzui, and then wrapped in a black electrostatic tape for several rings. Then the fat man got up and said to Xi Yan, who was angry and screaming, “Oh, a miser! Anyway, you have enough money in your family. I am not too rare for you. You are slowly struggling here!” ”
The fat man looked at Xia Yan’s wriggling body, took out his mobile phone from his trouser pocket, took a few photos of Xia Yan, and humiliatedly gave Xia Yan to her: “Come, see how beautiful you are, Haha!” Xia Yan can only helplessly blink dry. . .
The fat man in the glasses finally wrapped the black bandage around the eyes of Xia Yan, causing her to fall into the darkness and pack up the good things. The fat man’s opponent couldn’t move his mouth and couldn’t see it. Xia Yan said, “Let’s enjoy it, Xiao Nizi! I am going!”
Xia Yan struggled to wriggle and struggled, and the ankles in the flesh-colored pantyhose were constantly twisting, but this time, she was not as lucky as before, the knots were tight, and after a period of struggle, she was exhausted. Xia Yan’s head was lowered and squatting in the darkness