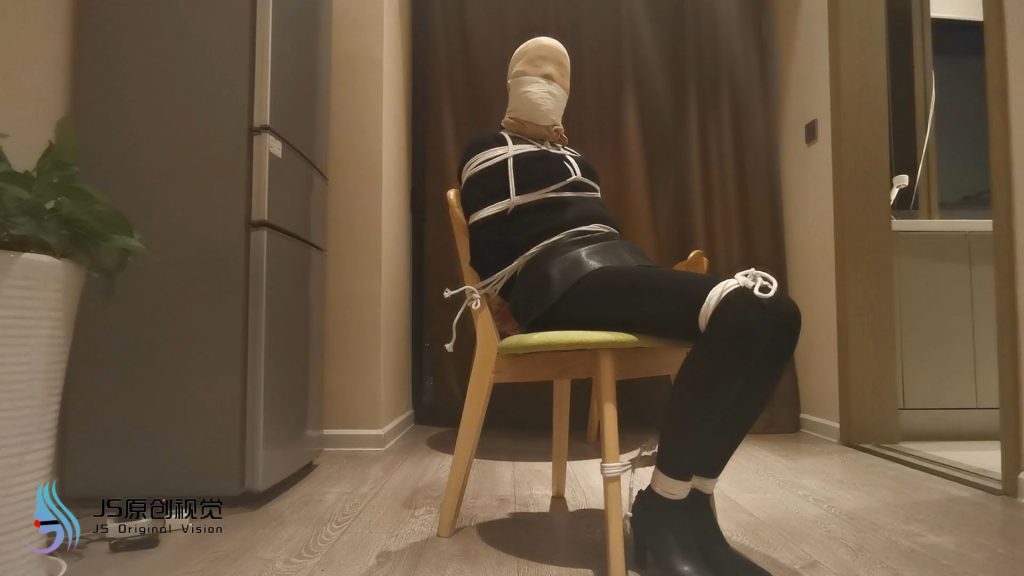 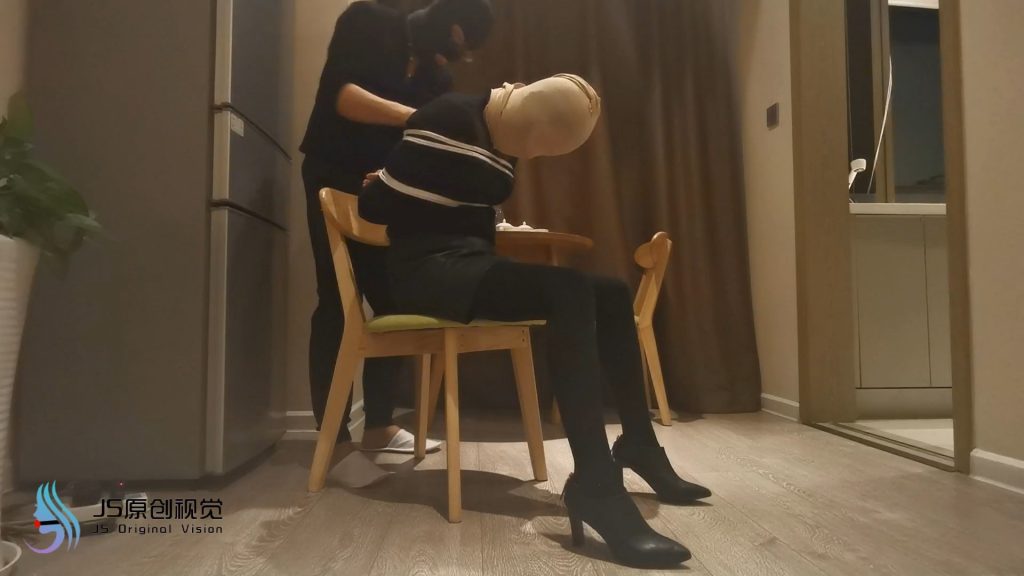 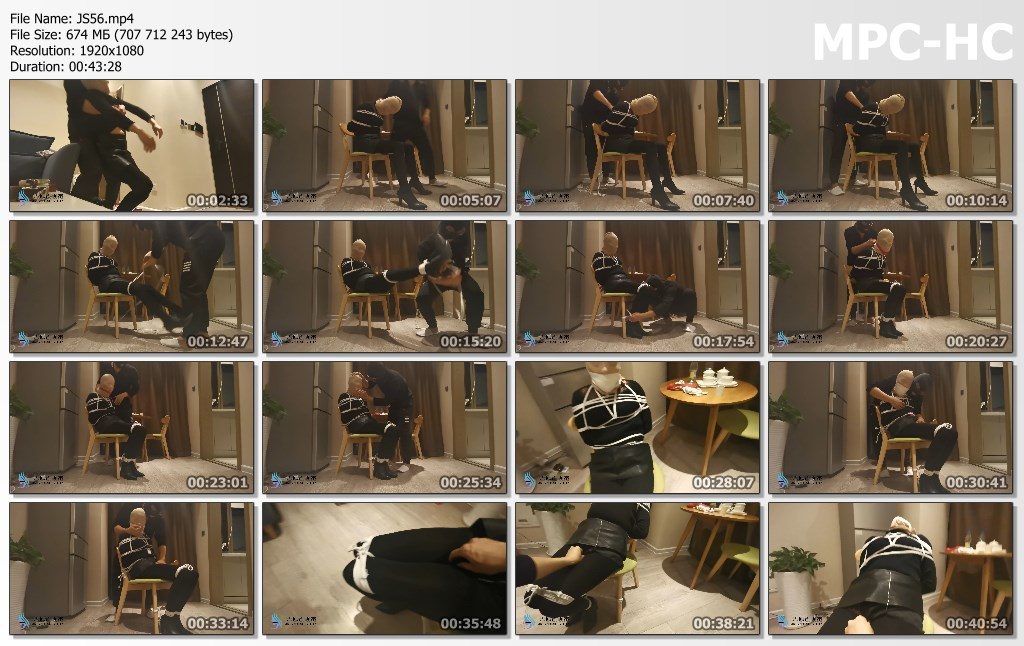 “The homeowner is constantly experiencing theft, and decides to seize the other party and learn a lesson. The masked female bandit came back for theft as usual, rummaging around for finances, and suddenly found a bag on the ground. When I stepped forward, I found that it was full of some strange things such as rope, tape, and ball. I was wondering what these things were used for. At that time, the homeowner who had been ambushing for a long time hugged her from behind and covered her nose and mouth with a cloth sprayed with potion. The female bandit struggled in panic, but soon fell asleep. The owner dragged her to the chair and tied her to the chair with a rope. The female bandit woke up and struggled constantly, kicking her legs, but soon her feet were tightly tied to the chair and could not move. The owner took out the socks and stuffed them into the mouth of the female gangster, and put her on the ball. The outside was tightly sealed with tape, so that the female gangster could only make a weak whine. The host took out the DD and placed it under her again. The sudden thrill made the female gangster groan and her body twitched. The owner also touched her peach to make her more sensitive. In this way, the female bandit was forced to enjoy the painful and happy feeling, and finally finally released the paralysis on the chair. Finally, the female bandit was fascinated by the host, intending to stay and play with it slowly. . . This is Bi Fan’s last work. Sometimes it’s a pity to think about it. She didn’t cooperate a few times and returned to her hometown herself. Bifan can be said to be the best figure among the models I have photographed. All parts of her body are very standard, especially her legs and feet are very beautiful, which is very rare for a person in her 30s who has become a mother. Before shooting this video, it was the last time I tried to persuade Bi Fan to leave the country, because it is really a pity to leave the country with her face value. Unfortunately, she still didn’t persuade her to show her face. It’s not that her face value is against the sky. I’ve seen too many women before makeup and one after makeup. Bi Fan does not like heavy makeup, she is already very good in the case of light makeup. If she also wears heavy makeup, I personally think that the value of Yan really does not lose stars such as Li Bingbing and Gao Yuanyuan. The reason why I used these two people to compare is that when I first saw Bifan, I felt that they were quite similar in some places. And her face shape is a natural net red face, not finished”