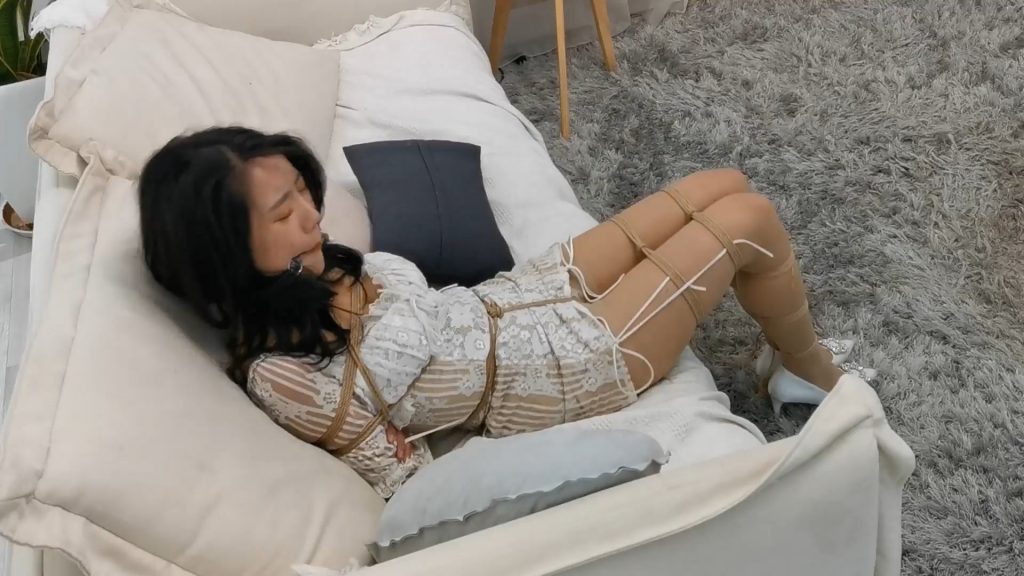 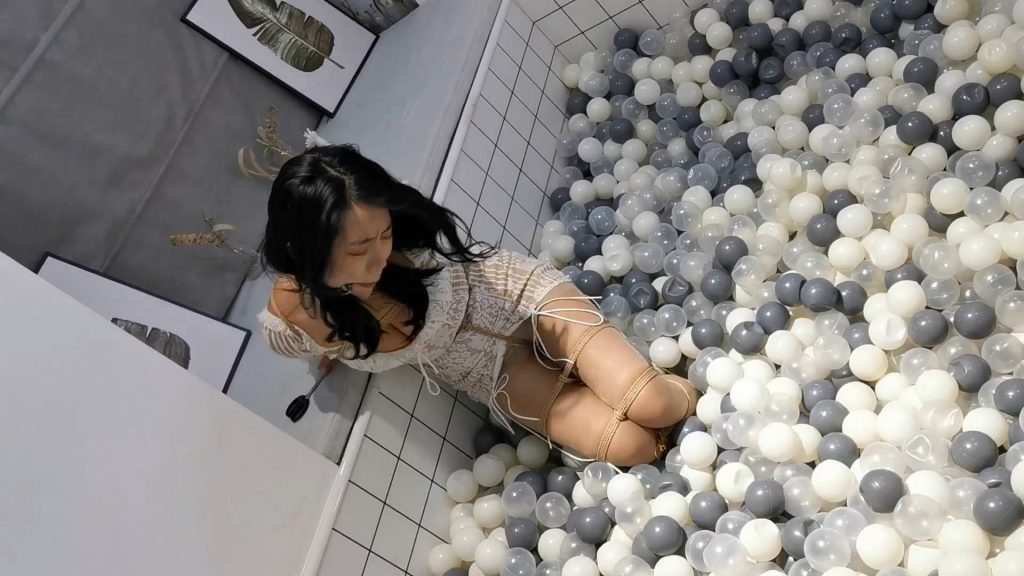 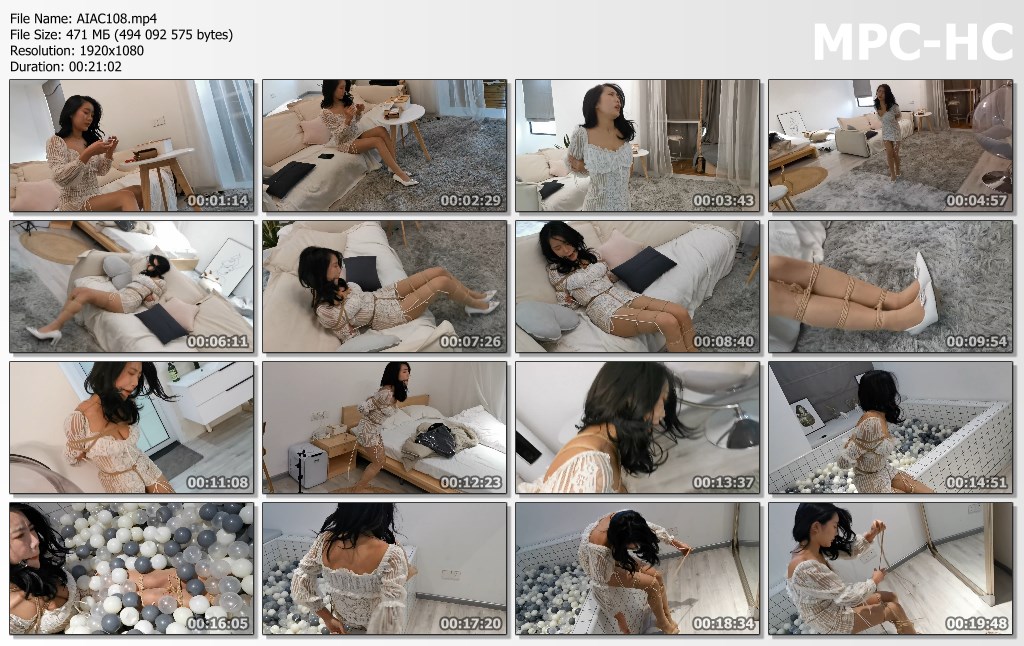 “On this day, when I was able to watch TV at home, there was a rapid knock on the door. After Mengyi opened the door, no one was seen, but there was a package on the ground. Back home, Mengyi opened the package. I found a few candies in it, and a manual, which read: Miss Mengyi, hello. We are an escape experiment studio. This is our new product “Binding Candy”. We sincerely invite you to be the experience officer of this product. The method of use is that each candy hides a different way of restraint. You only need to eat the candy and it will be bound by the corresponding restraint. After 30 minutes, the bondage will automatically disappear. During this period, you can use any method you can think of to escape. If you successfully escape, we will have generous rewards. (Voiceover: Bundled escape? Rich rewards? It feels strange and exciting. It’s okay at home anyway. Why don’t you try it and see how you can get the bundle. Then let’s try this Japanese snake-bound gag ball first. . It seems a bit simpler, let’s start with the simple~) Mengyi, open the candy package and eat the candy. Scene 1: After eating the candy, a strange force began to push Xiao Ding’s hand back and lift it up. The arms gradually close to the body. Mengyi subconsciously wanted to resist. (Voiceover: Hey! Is this the beginning?) However, that power is too strong, and a strong sense of bondage instantly surged over Mengyi’s body, and the strong pulling made Mengyi unable to stand firm and began to shake. Suddenly, Mengyi felt a strange force in her legs, causing her legs to come together. Mengyi hurriedly searched for the center to avoid falling. Scene 2: As soon as the camera turns, Mengyi’s whole body is densely wrapped with ropes. The upper body is in Japanese style, with hands folded tightly together, tied tightly by a rope, and there is no room for sticking to the back. The legs were tied four times, and each circle was tightened. The mouth was blocked by the ball, and there was only a whirring sound. (Voiceover: Oh my god, I didn’t pick the hardest one. This tied me…. There is no place in my body to move. How can I escape?) Mengyi started to struggle. The third act: No matter how struggling, there is no trace of looseness on the rope. Just as Mengyi was about to give up, she suddenly remembered that the manual said: No matter what method is used, as long as the rope can be unlocked, the challenge will be successful. (Voiceover: The rope is tied too tightly, and there is no trace of looseness in a long time. It seems that there is no hope for struggling by myself. Hurry up and see if there are any scissors at home that can cut the rope.) Mengyi calmed down and began to search for [indescribable]. Scene 4: Mengyi wants to stand up, but because her legs are tied too tightly, she can’t bend hard, she can’t stand up at all. , All scrapped.) Mengyi moved her body to the wall little by little on the ground, leaning against the wall, struggling to stand up…started to look around the room for tools to escape… Act 5: Dream Yi, first leaned against the wall and rubbed the knots on her hands, and found that there was no effect. Start searching around. Every room, drawer… Suddenly, Mengyi found a pair of scissors on the table. She was overjoyed and got the scissors. Cut the knot on the hand. Mobile Alipay reminder: your Alipay received 2000 yuan (Voiceover: I still abide by the agreement, this candy, I am still aching, fortunately to untie it, otherwise. I didn’t make any money, but I got a pair of stockings . However, it is quite exciting.) After Mengyi untied the rope that bound her legs. Lying on the sofa, holding the remaining two candies…I can’t wait to get ready for the next challenge…”