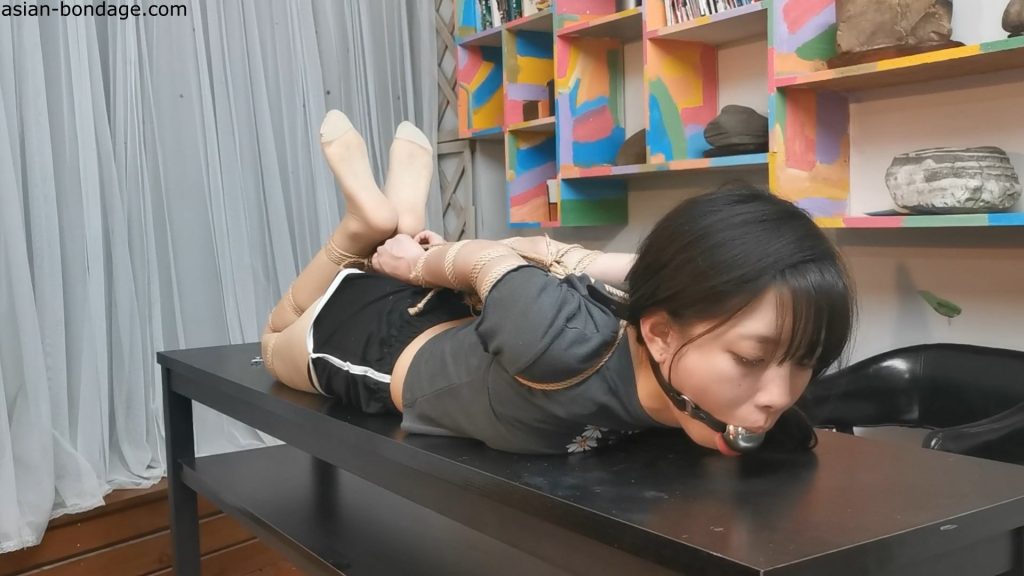 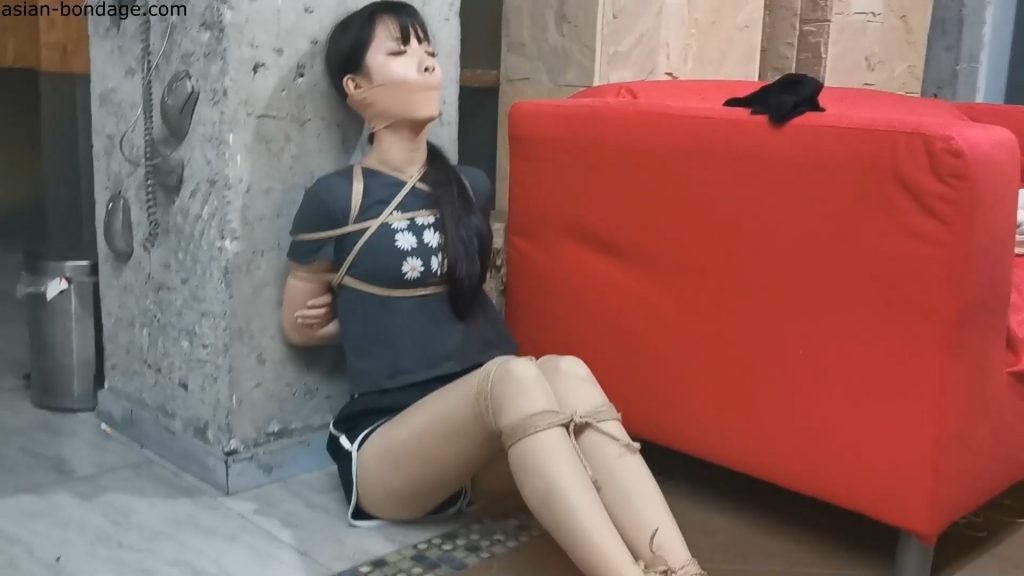 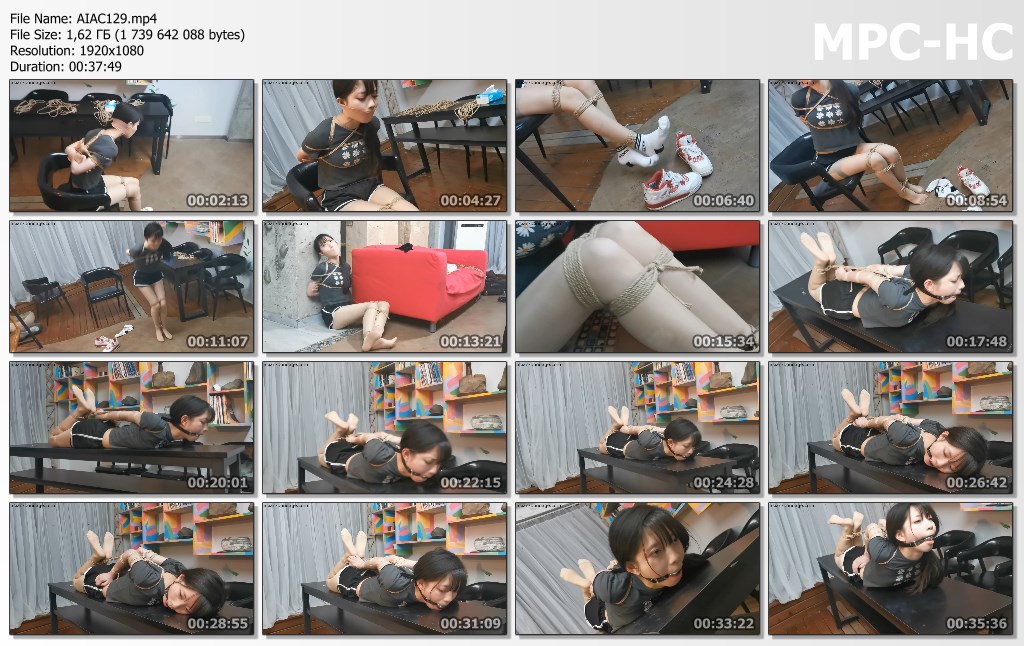 “Synopsis: Act 1: Shanshan gradually wakes up from her sleep , I found myself in an empty room in a daze, and the surrounding facilities were very simple. He shook his head, feeling the head heavy and heavy, and subconsciously wanted to press his temples with his hands, and found that his hands were tightly pressed together behind his back, only to realize that his whole body was tightly bound by a rope. Shanshan woke up instantly and wanted to call for help, only to realize that her mouth seemed to be stuffed with a few pairs of stockings, and the outside was tightly wrapped with tape for a few times. She couldn’t spit it out, she could only make a whimper. Shanshan began to struggle frantically, trying to untie the rope on her body, but the rope was tied up too tightly, and it was squeezed into the flesh round by round. No matter how hard Shanshan tried, there was no trace of looseness in the rope. Just as Shanshan was desperate, a girl’s voice sounded in the room. Voice-over: Hello, this is Ultraman Tie Lab. Welcome to participate in this challenge. There are three rounds in this challenge, and for each successful round, you will get rich rewards. If you fail, you will be punished. This challenge will not bring you any harm, no matter whether it is successful or not, after the challenge is over, you will be sent to a safe place. I wish you all the best. Shanshan: Fortunately, it was not kidnapped. Tie the laboratory? It sounds weirdly exciting, but I was tied up like this, what else can I challenge… There is no place to move. Voiceover: The first level, as you can see, the rope tied to your body is the latest hemp rope developed in our laboratory. After experimentation, there is no possibility of breaking free. The content of this round of challenge is to get the key hidden in this room in a tightly bound state and put it in the bag in front of you. There are 5 keys in total. Finding them all means success in the challenge. The five keys are: 1. In the shoe of your left foot; 2. In the stockings of your left foot; 3. In the socks of your right foot; 4. In the pocket of your pants; 5. In stockings. The challenge time is 15 minutes. I wish you success in the challenge Shanshan: Shoes, socks and stockings? Take off your shoes and socks, barely okay. But, this stockings…this is pantyhose, my hands are tied again, how can I get it, no matter what. Only 15 minutes. Let’s get the easy first. Shanshan took off her shoes and socks and got the key. Climb to the corner of the wall and fray the stockings. But in the end, the key in the mouth could not be obtained. Act Two: Shanshan is tied up on the table by an outrigger. The legs are also tied tight. A leather belt passed through Shanshan’s ankle and wrist, making Shanshan’s body tied back into a horse-drawn state. The mouth was stuffed with a ball. The saliva flowed down the corners of her mouth, and Shanshan closed her brows.. Because she was tied too tightly, she could only twist her body slightly, fearing that the saliva would stain her hair, she kept shaking her head Shanshan: This kind of binding The method is too uncomfortable, both legs and hands are tied behind his back. This sense of restraint is much stronger than the previous binding method. Moreover, it gets tighter and tighter. Now I can’t move it anymore. Voiceover: Welcome to the second level. As you can feel, this method of tying is called arm binding. It is one of the binding methods with the strongest sense of restraint. After being tied, the possibility of escaping with your own strength is 0. And after being tied for a period of time, you will feel the whole arm numb and unconscious. The belt connecting your arm and ankle is locked by a lock, and the key is still in your stockings. Getting him is the only possibility for you to escape. Get the key, untie the belt, go to the table in front of you to blow out 3 candles, that is, the challenge is successful, and the challenge time is 10 minutes. Shanshan: This studio, I like to put the key in other people’s stockings so much… My arm is already numb. Let’s get the key first. The challenge begins…”