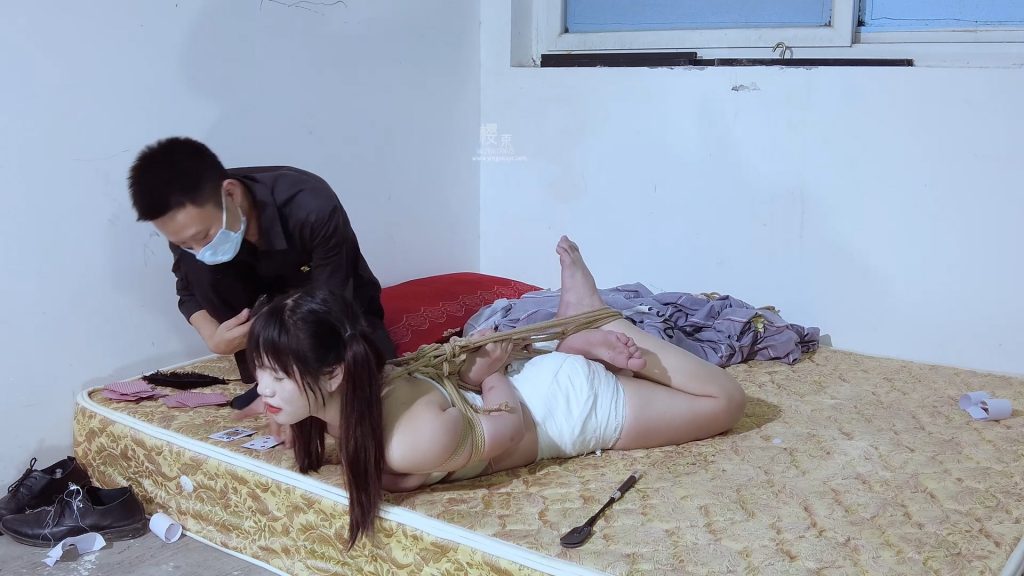 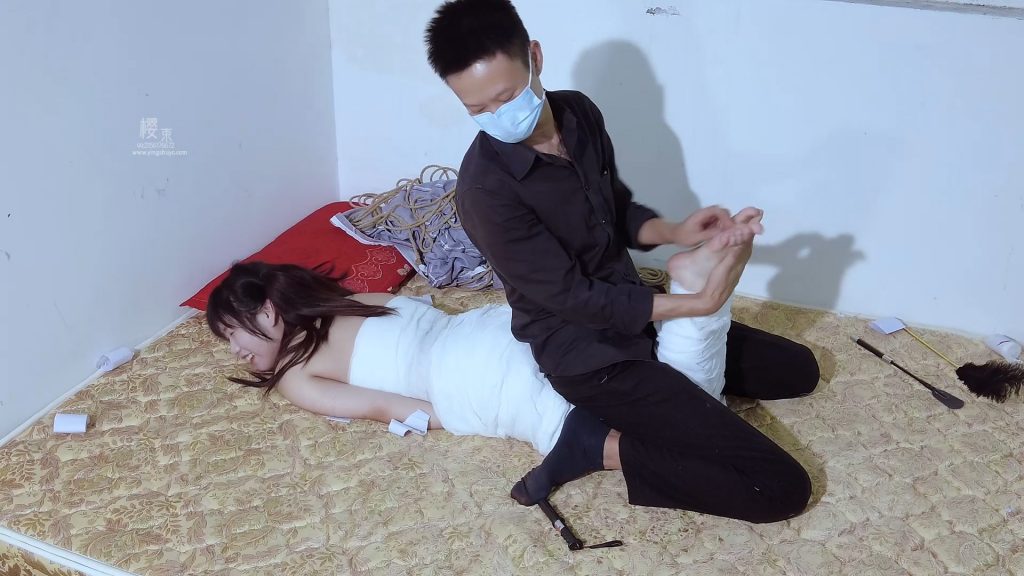 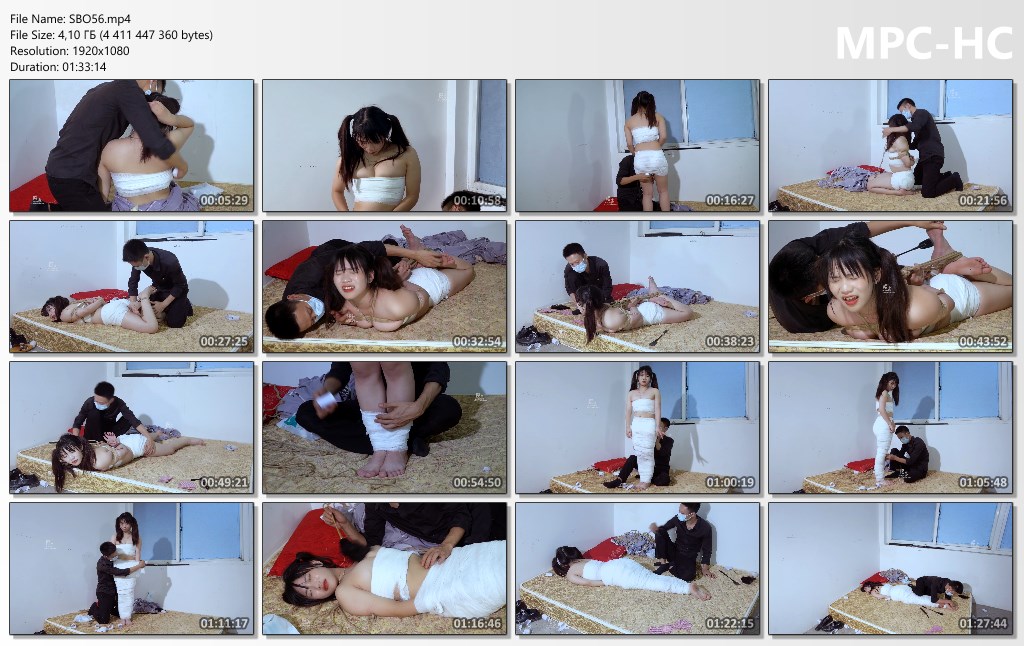 Brother made his sister into a mummy with gauze, and scratched her belly button/neck/waist/foot with feathers. She was out of breath and struggling to dodge and struggle with electric shock! She moved like a caterpillar~ I was not obedient and was beaten by the powdery feet”