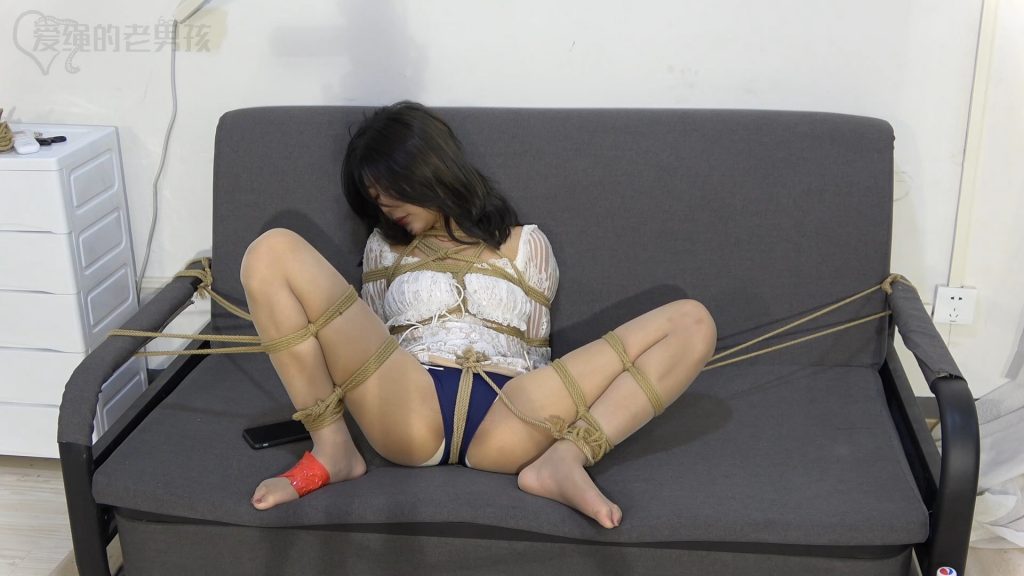 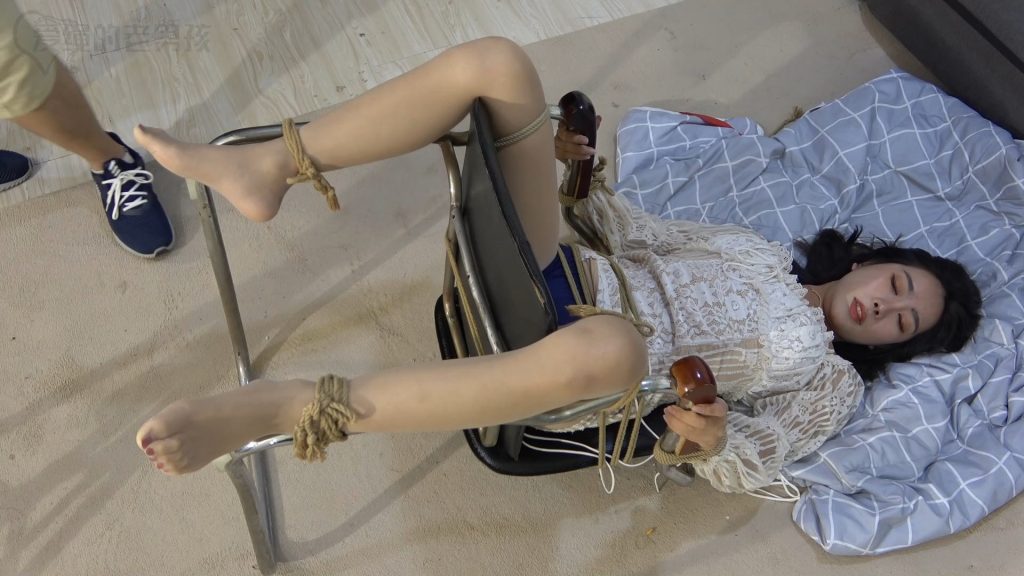 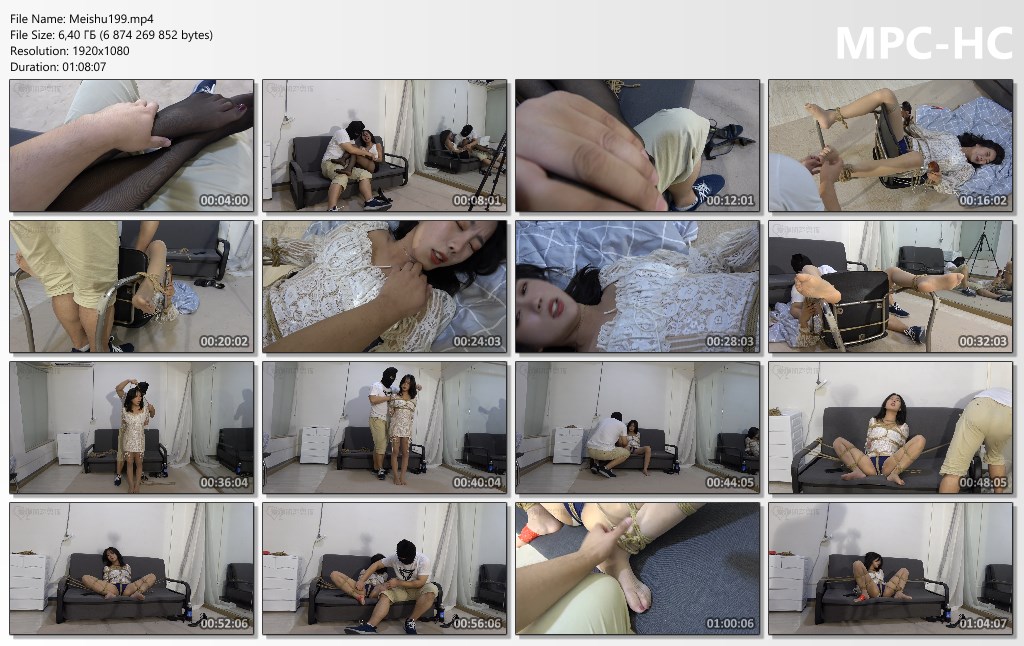 “Xiaoding is a white-collar worker in a company. As the manager needs a secretary to start recruiting recently, Xiaoding came to the manager’s residence and was ready to discuss this matter with the manager. The first act: Xiaoding deliberately Wearing a uniform, stockings and high heels, he came to the manager’s house, and the manager opened the door to Xiaoding. Xiaoding naturally sat next to the manager, took off his high heels (at this time the camera was zoomed in to take off the high heels) and put his stockings in the manager’s arms, rubbing freely, and the manager knew that Xiaoding was here. Intentions, so while touching the feet of Xiaoding’s stockings, while sucking his toes, he said to Xiaoding: “Xiaoding, when my secretary has a request, you have to stand the test before I can accept you.” Xiaoding Said: “No problem with the manager, I can do anything.” The manager said: “Okay, then don’t regret it.” After that, the manager brought the rope from the bedroom, and Xiaoding said: “Manager, this is to What are you doing?” The manager said: “You’ll know right away.” The first act starts from entering the door. It takes about ten minutes. The camera should be zoomed in to the feet at any time, and the part where the manager touches and licks the feet. Act Two: Xiao Ding was tied to the bed by big characters. The manager sat beside the bed, admiring the way Xiao Ding was tied up. His own salty pigs wandered around Xiao Ding frantically, saying: “Xiao Ding’s business, Your feet are so beautiful, I can’t put it down.” After speaking, he started scratching his feet frantically, Xiao Ding laughed and struggled frantically, but because he was tied too tightly, he couldn’t get rid of it. After the manager finished scratching, he started to suck his beautiful feet again (the camera zoomed in and the feet were clearly photographed), Xiao Ding felt his body and said: “Manager, how are you?” He squeezed his body and enjoyed it. The second act is about twenty minutes, but also pay attention to the linkage of the camera. The third act: Xiao Ding was tied to the sofa by the word M, and a rope was strangled in his crotch. If he moved a little bit, he would feel uncomfortable. The manager came over and pulled the rope evilly. Xiao Ding yelled and said to the manager. “How are you?” The manager said: “You are about to succeed soon, come on, I put the key to your success in your stockings, if you can be free and get it, then I will let you be “My personal secretary” Xiaoding looked at the key on the sole of his foot and began to break free, but the manager messed with it again, holding Xiaoding’s foot, licking, licking and scratching, which made Xiaoding unable to get rid of smoothly. Restraint, that’s it, half an hour passed, Xiaoding was not relieved, the mission failed, the manager said: “Your challenge has failed, you have to accept punishment.” After finishing speaking, he took out an [indescribable] from the bedroom and opened it. Switch, and walk to Xiaoding, Xiaoding repeatedly said: “No, manager!” But it was too late, and the screen gradually became black…The third act was about thirty minutes away, and the shot was still the same as the first act and the second act.”

2 thoughts on “The test of the female secretary Xiaoding”