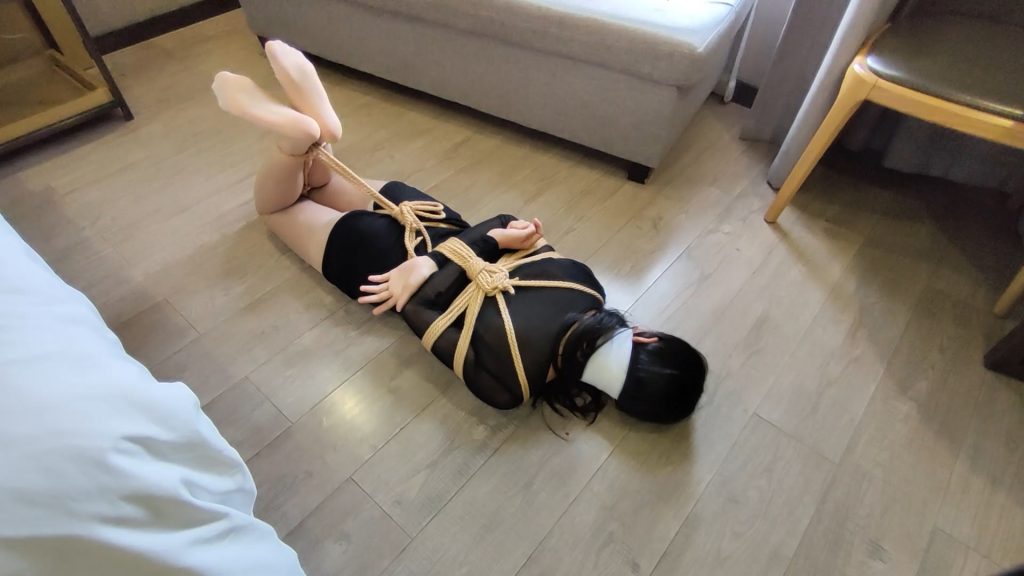 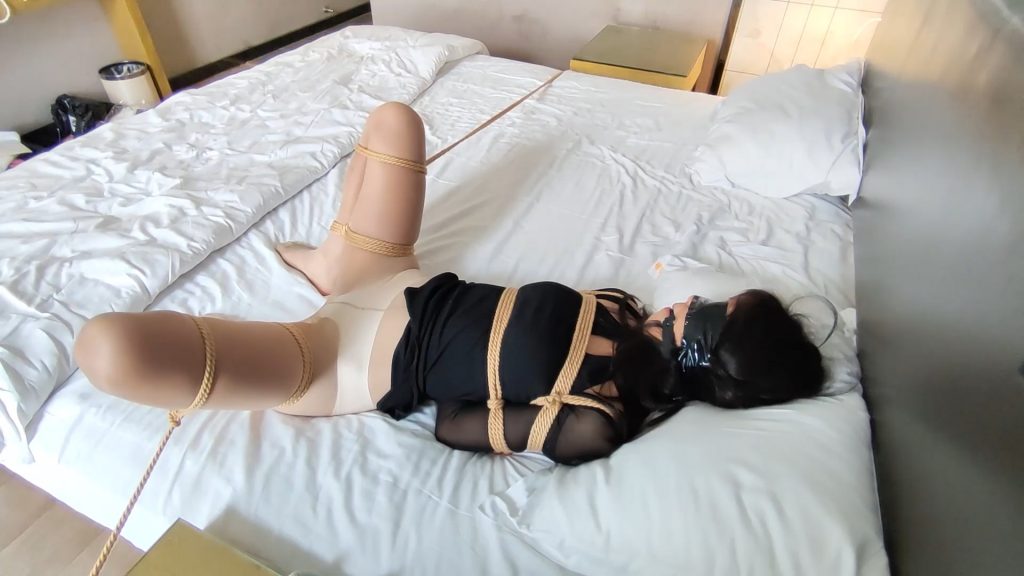 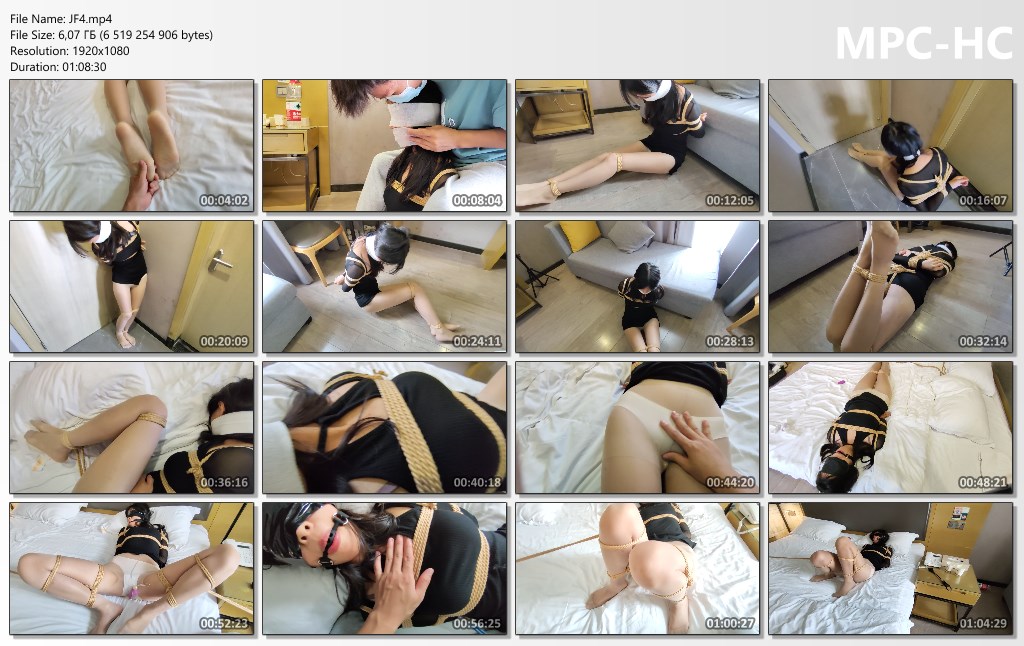 “(02:24～8:58) A little girl is lying on the bed and playing with her mobile phone. I don’t know that my door is not closed properly. At this time, someone walked in with a drug-coated towel in his hand. The girl turned her back to her and didn’t know, the danger was approaching. Suddenly a huge palm covered the girl’s mouth. The girl was struggling frantically, but the drug had been diluted by most of the girl. Under the effect of the drug, the girl slowly calmed down. The strange man took out the pre-prepared rope from his bag, tied the girl in two circles, then put it into the girl’s mouth with stockings, and then sealed it with a bandage a few times to prevent the girl from spitting out the stockings. (8:58～35:23) As time passed, the girl slowly regained consciousness and became sober. I found myself tied up with a rope, struggling constantly. The girl wanted to open the door and went out, moving her body little by little to lean towards the door. The girl wanted to stand up, but her feet were tied too tightly to stand upright. He tried to open the door with his feet, which may be locked. The girl tried several times, but it didn’t work. Just when the girl was about to give up, the girl looked at the phone on the table and moved her body over. The girl tried to pick up the phone with her hands tied behind her back, making it difficult to reach the phone. After several attempts, the girl got the phone, but the phone could only be on the back, and the screen could not be unlocked. So the girl put the phone on the ground and used her toes to unlock the phone. The girl tried several times and finally opened the password of the phone. At this time, the robber opened the door and came in. He saw the girl on the ground trying to call for help with her mobile phone. After placing the girl, the kidnappers went out again, leaving the girl struggling alone in the room. (35:24～1:08:30) After a while, the kidnapper returned to the room again and saw the girl still struggling. The kidnappers stared at the girl’s flowery body and slender legs, feeling malicious in his heart, playing with the girl… and then took out small toys”