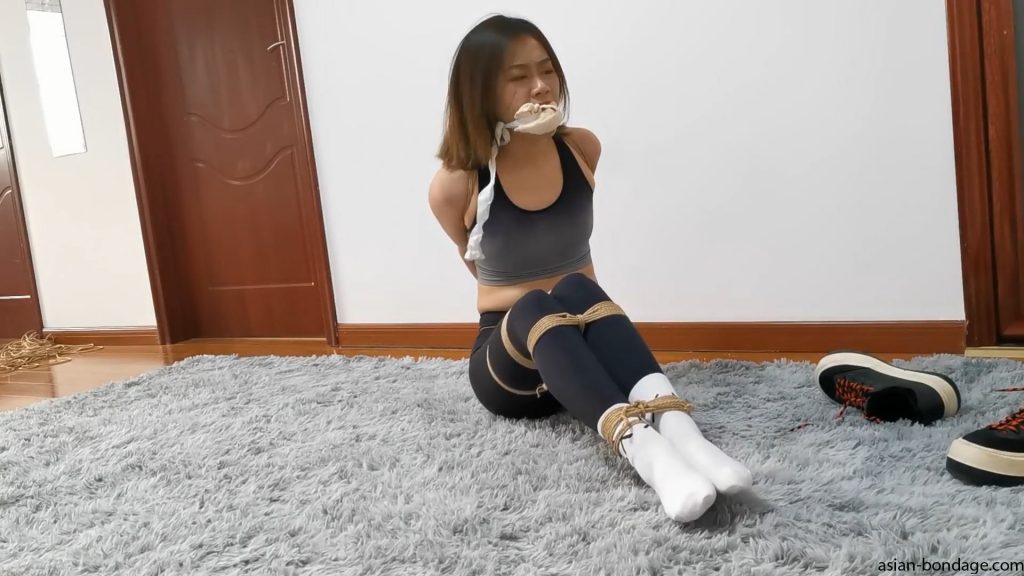 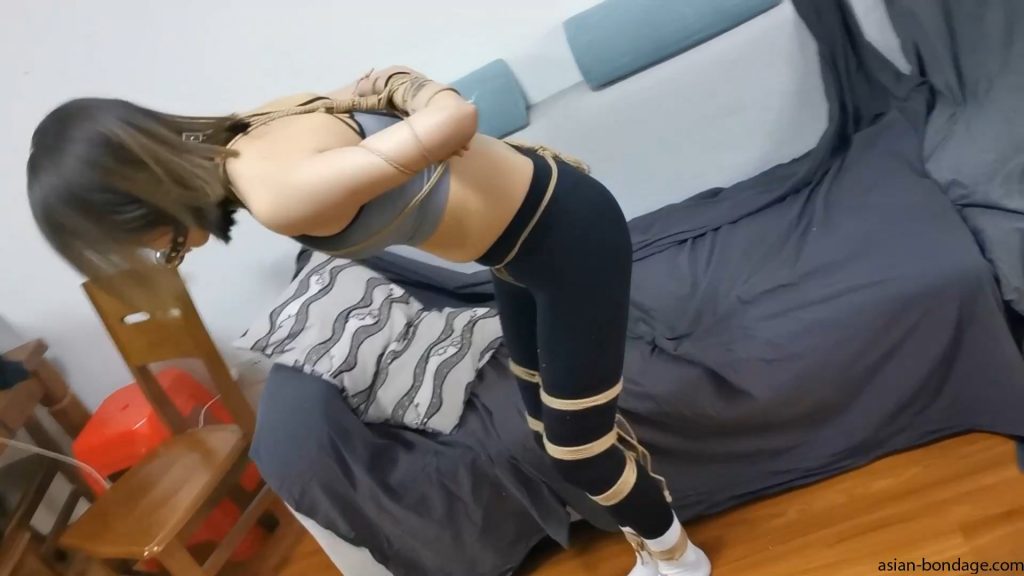 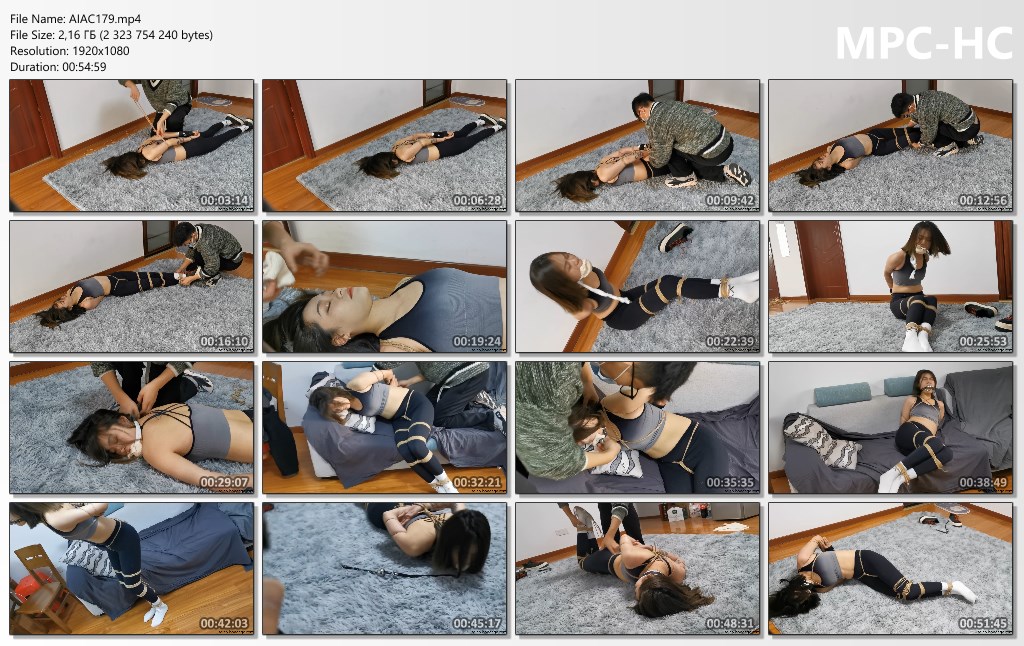 “Teacher Xiaoyu is wearing a sports tight vest, black tight yoga pants, a pair of thick white cotton socks, and a pair of sneakers. At first glance, she looked like she was after exercising. She walked into the room. Unexpectedly, her mouth and nose were covered. She fell into a coma with the sound of woo woo. The bad guy placed her on the ground, tied her with ropes, tied her tightly with straight arms, then tied her legs, and tied her lower body tightly in circles, so that she could only be with her. She twisted her body like a snake, and of course she had to gag her mouth after tying up. A white towel was crumpled into a ball to fill her mouth, and then a white cloth was tightly tied to prevent her from spitting out. After a while, the teacher woke up, and the struggle came, struggled so hard, even kicked off the shoes, revealing the white socks. I struggled hard for a while, then I was dazed, and then tied it up with a five-colored tie and put it on the sofa, was gagged with orange cotton cloth, and then put on a mouth ball. This will make the struggle more intense, start from the sofa, and then jump around to think I tried to escape, but I was still caught by the same dizziness, and the horses were tied with their hooves. This time, the mouth was blocked more tightly. The white towel was blocked first, then the stockings. Entwined, Xiao Yu screamed in pain all the way, and then struggled hard, and finally was served by the bad guy TK, scratching his feet, screaming”