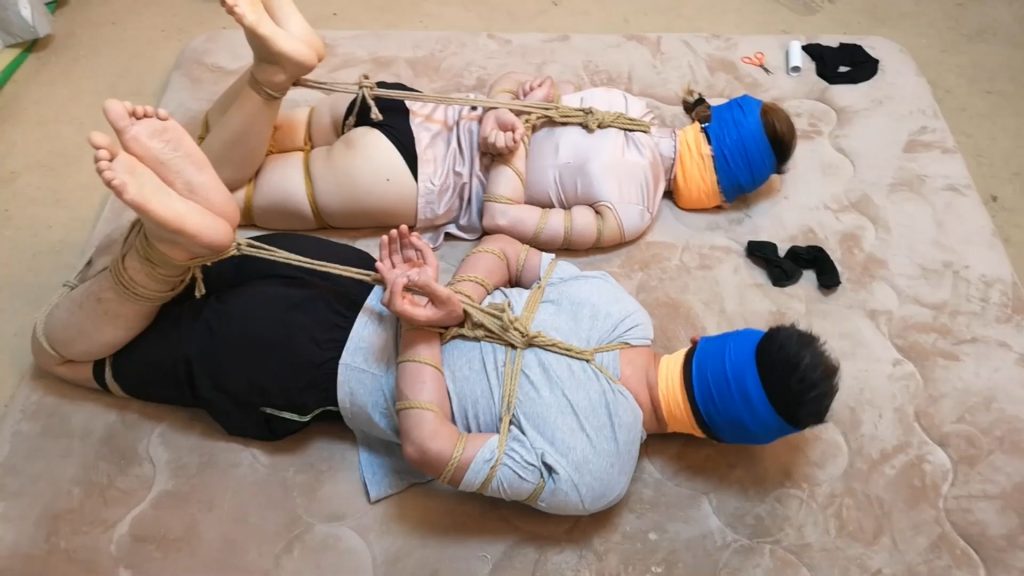 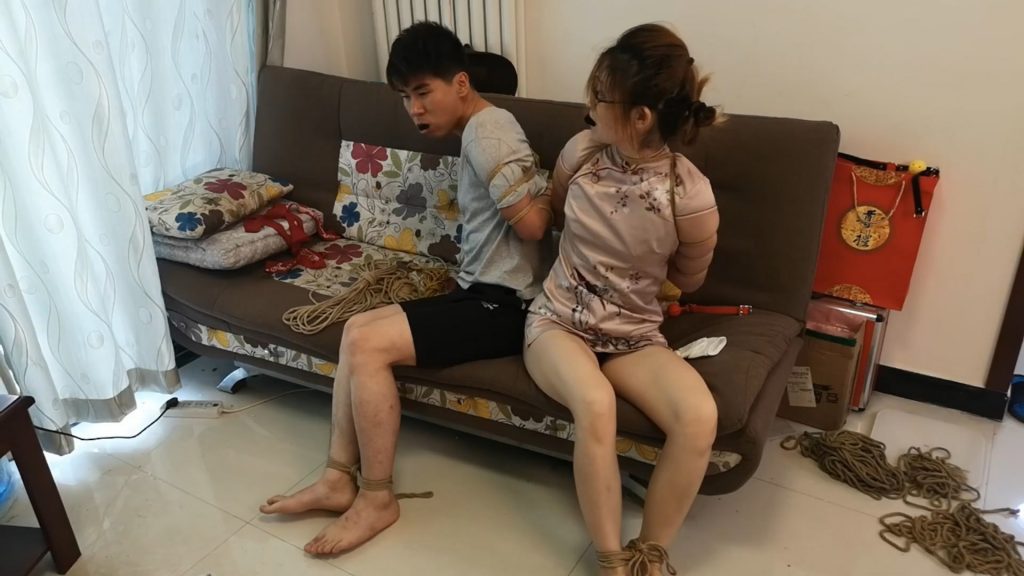 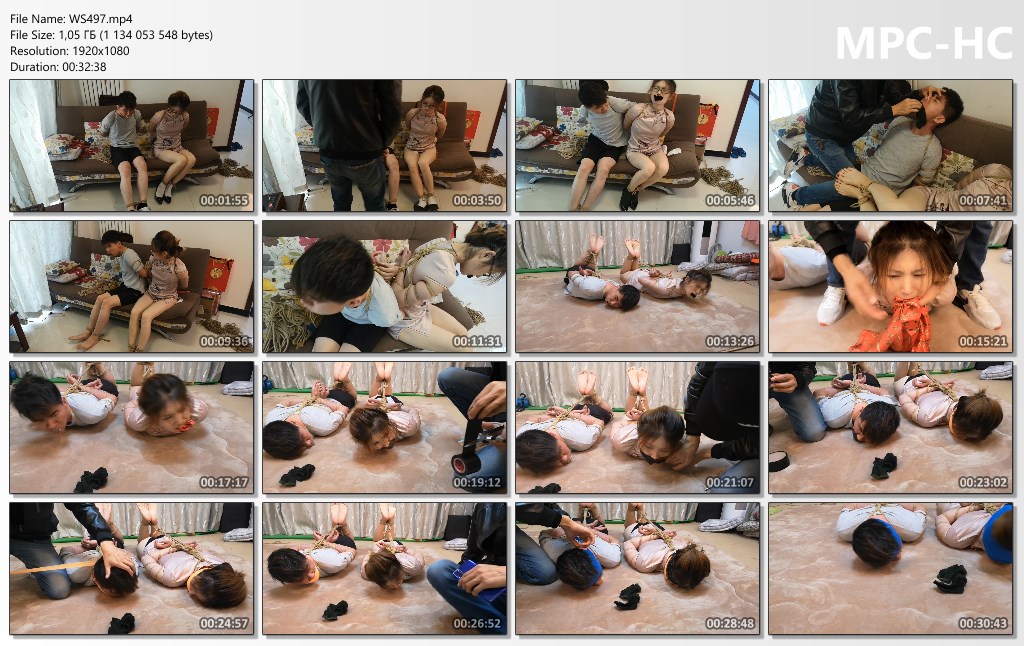 “The beauty Lengxi and her boyfriend were kidnapped by the robbers. The robbers simply tied their couple and took off the black nylon stockings on Lengxi’s boyfriend’s feet and the white nylon stockings on Lengxi’s feet. The pair of nylon stockings were exchanged and stuffed into the couple’s mouth, which made them miserable, and then the robbers went to the house to look for property. Leng Xi and her boyfriend struggled desperately, but unfortunately, they were found by the robbers after struggling for a while. The robbers tied them into horses, pulled them out of their mouths, stuffed them with the original nylon stockings and threw them away, and put two silk scarves into them. The mouth was sealed with 5 sheets of black wide tape outside the mouth, and then wrapped with black tape and orange elastic self-adhesive bandage for multiple turns to seal the mouth tightly. Afterwards, the robbers deliberately took pictures of the couple who had been slaughtered with their mobile phones, and showed them to humiliate them. The couple angrily glared at the robber, and the robber dared to stare at me, so he simply used black tape. And orange self-adhesive bandages wrapped around their eyes multiple times, depriving them of the right to stare. The robber ran away with the stolen property, leaving the couple twisting their bodies and struggling in the dark, but their struggle was in vain because the bundle was too tight.”