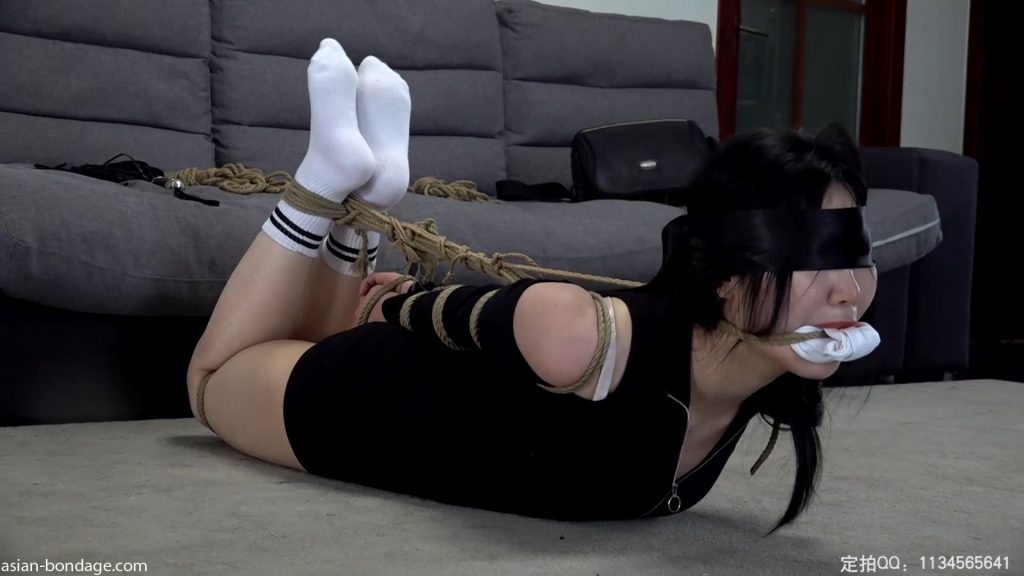 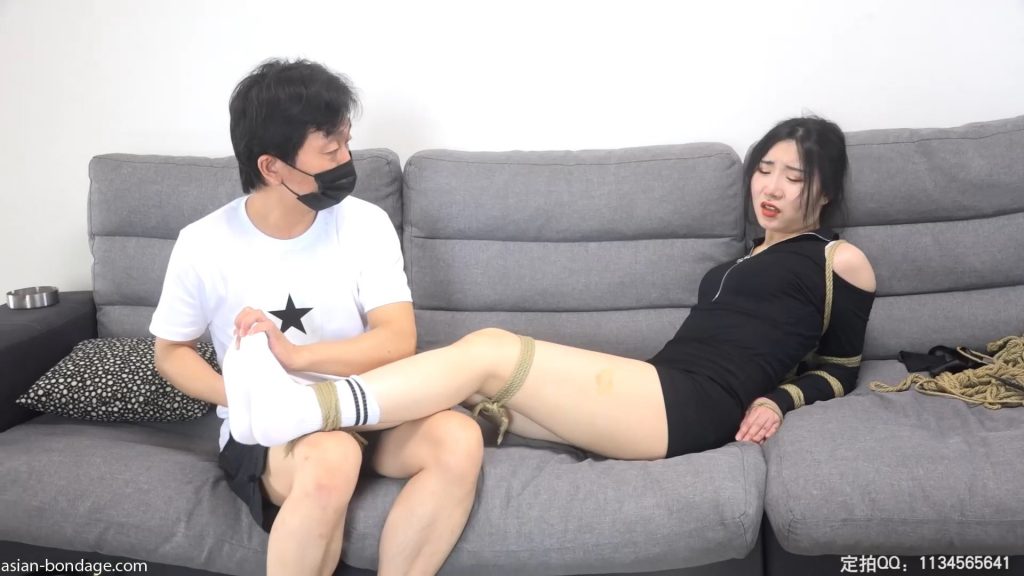 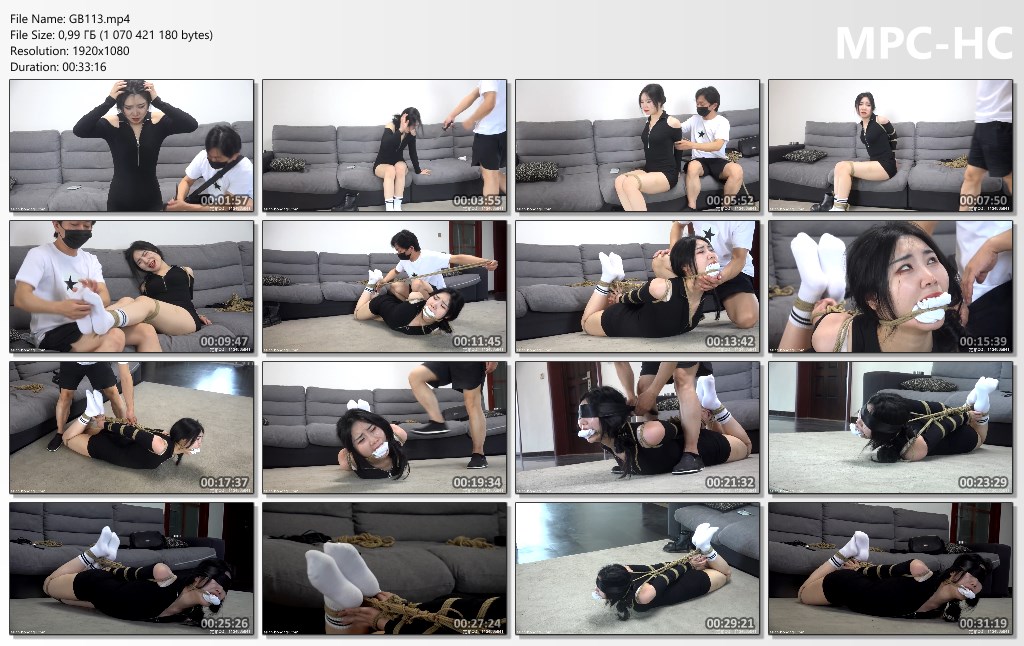 “Plot introduction The beautiful boss (Wu Han) failed in business and owed a debt to her ass. One day, she was playing with her mobile phone and complained that she had no money. The doorbell rang and the takeaway came. He took control, then made her kneel and searched her body. Then the gangster took out a rope and tied her upper body with straight arms. After binding her hands firmly, she took off her Martin boots to reveal white cotton socks, and then tied her legs and knees. After tying up, he scratched the soles of his feet, TK all over his body, and asked: Still not paying back? The beauty shook her head and said, “I have no money and no money. After a while, the gangsters saw that this was not going to work, so they stuffed a pair of socks into the beauty’s mouth, and then tied the mouth with a rope. After that, the beauty was lying on the ground, and then she was tied up with a rope and her upper body was lifted up. Then, in order to make her uncomfortable, she also tied her hair with a rope to force her to lift her head. The gangster started whipping her and kicking her, but the beauty still refused to pay back the money. The angry gangster had to say to his boss: let her pay off the debt. She was then photographed and humiliated, and the gangster left, leaving the beauty to continue struggling. After a while, the gangster came back and kicked the beauty a few times. After confirming that the beauty could only whimper, he covered her eyes with a black cloth, tied the gag, blindfolded her eyes, and left, leaving the beauty struggling on the ground.”