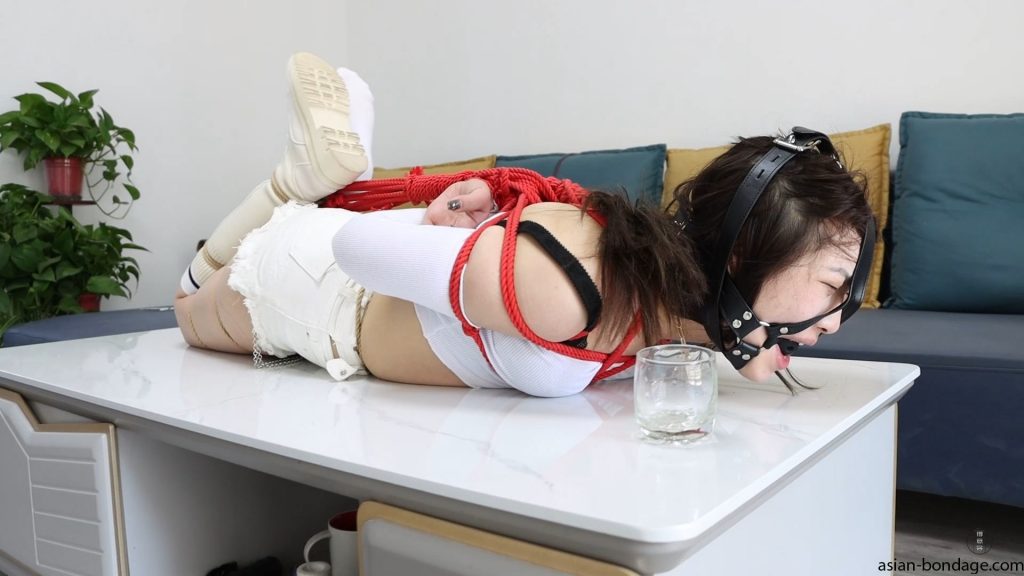 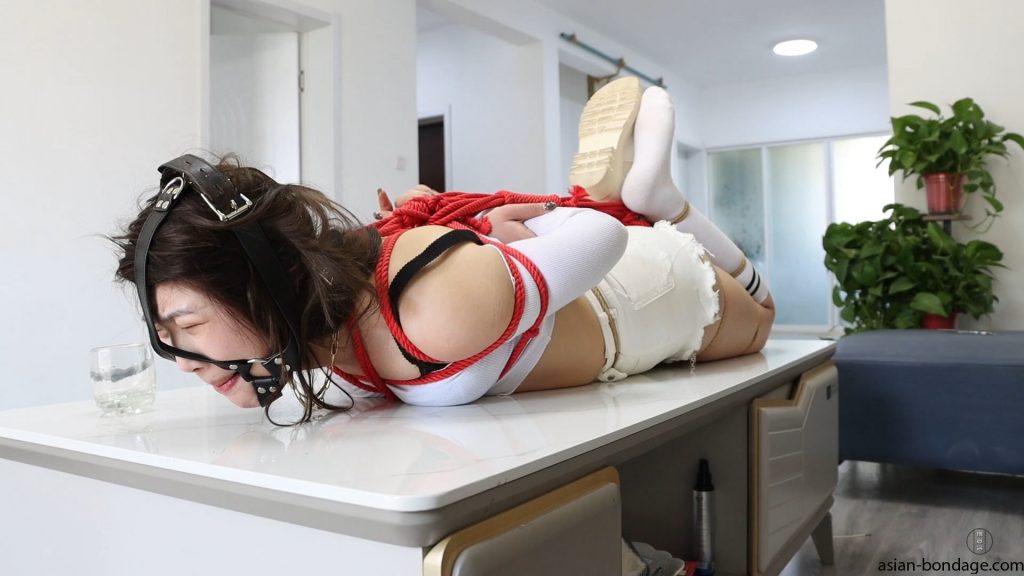 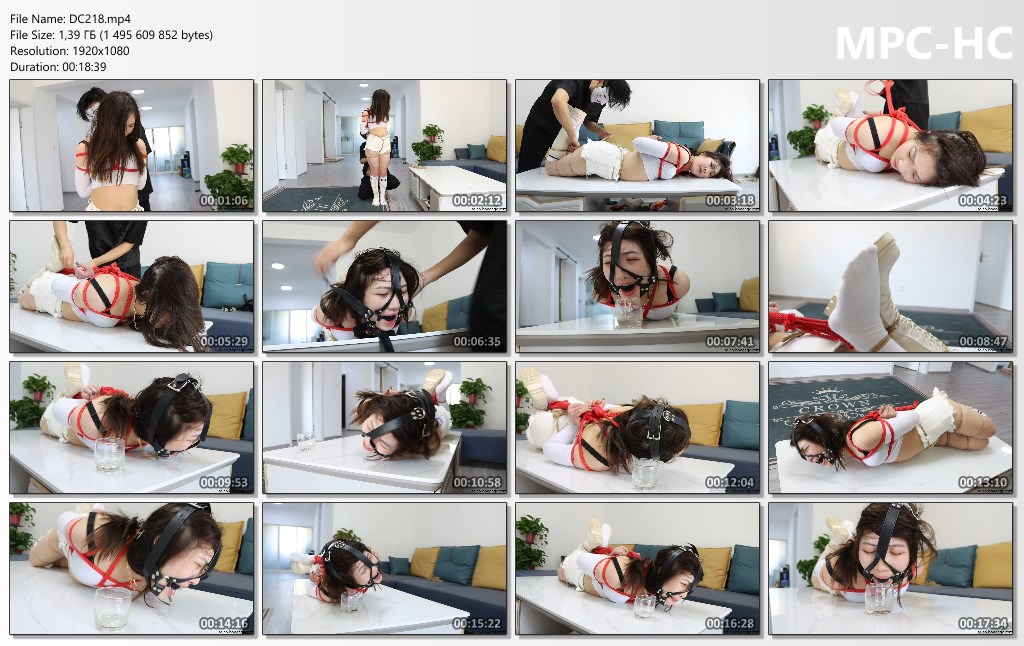 “Plot introduction Following the last episode, after the anchor An An was knocked out, she woke up and found that she had changed into new clothes, while her elder brother was putting on shoes for her. An An moved her legs and struggled in various postures. I tied you tightly, gagged and left, don’t move. An An agreed, although the eldest brother didn’t give her any shoes anymore, and was directly tied up. An An wore boots on one foot, and tied the other without wearing them, and then the eldest brother tied her into a horse and hoofs (upper body upturned) posture), An An, who was tied up like a zongzi, was humiliated by her eldest brother wearing a horse and mouth ball, then took a picture of her, showed it to her and sent it to her fans, and finally gave her a middle finger and said To: This is the fate of the black-hearted anchor. After patting her thighs and buttocks, the elder brother saw that An’an’s saliva was dripping, so he took a cup in front of her, collected the saliva, and threatened to let you go if the saliva was full. After leaving, An An said vaguely: Help, are there any teeth whining. In the end, he struggled and made vague calls for help.”