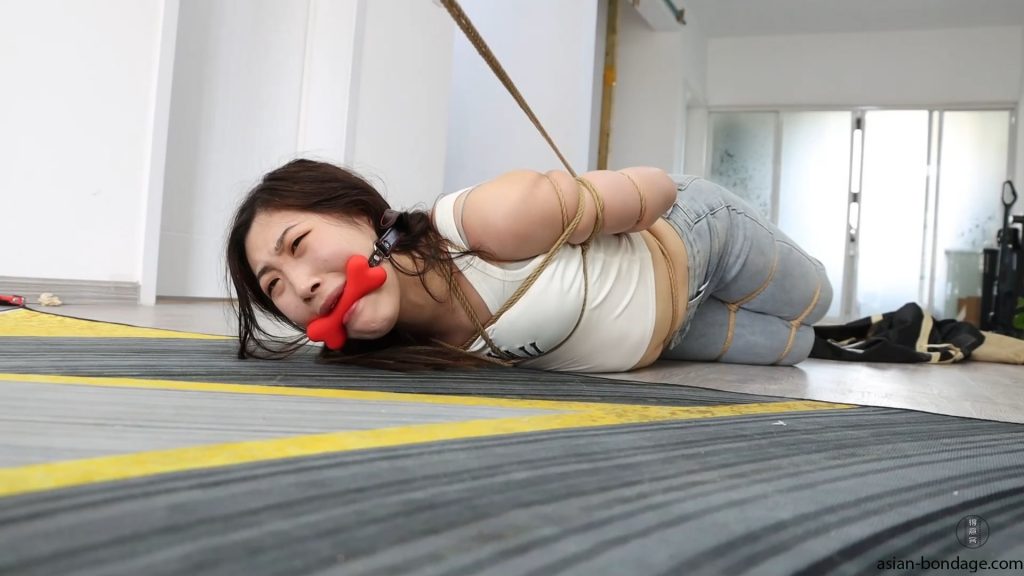 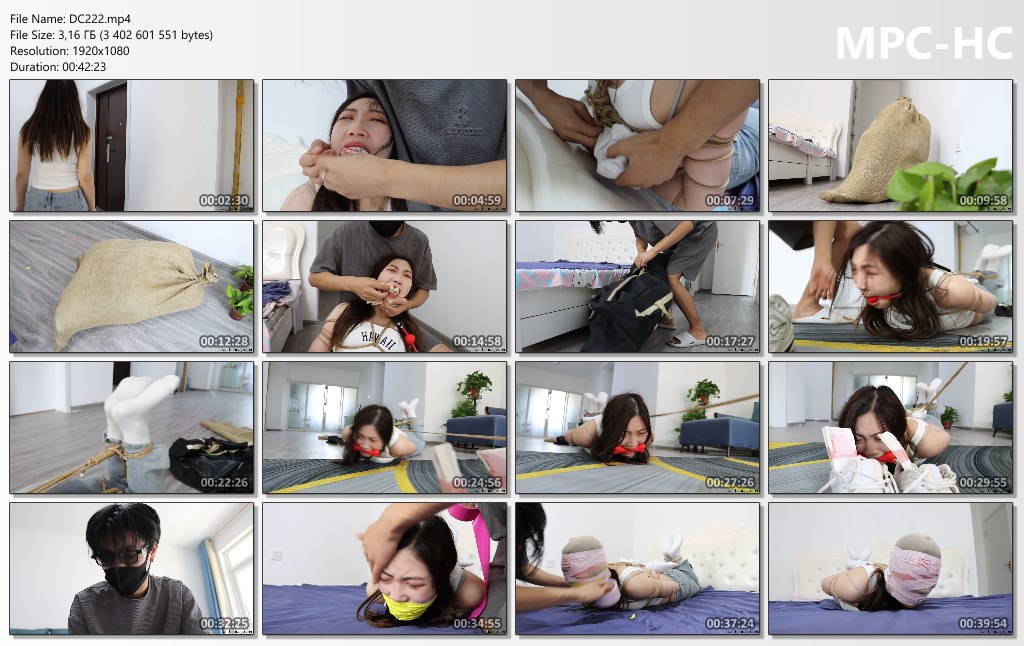 “She had no choice but to call her boyfriend. She could borrow money normally, but this time she met a smart boyfriend. The man said: “Unless I do His girlfriend, otherwise he won’t borrow it. An An didn’t want to, and even scolded others in person, and said that she had men who were willing to borrow money! It’s not that you don’t report it, the time has not come. An An played with her phone for a while, put on her shoes and went out to eat, but when she opened the door, a man appeared, put a gun [X_X] into her mouth, forced her to the back of the room, and then made a humiliating posture, pouted her butt and tied her. An An was tied tightly, with white socks on her hands, and her mouth was blocked tightly by the man with pink and white socks, and then wrapped with silver tape to seal it. Yellow socks cover the eyes and tape them in place. An An, who was tied with a rope, could only twist her body, unable to speak or see. The man wasn’t happy enough, so he stuffed her into the sack and let her struggle inside. After a while, the male protagonist came back, untied the sack, untied the seal on An’an’s mouth and eyes, and put five tissues in her big mouth, then put on the red mouth ball to serve, then put it into the sack, and put the sack into the storage bag to transport it away. As soon as the camera turned, An An was taken to an unknown place, and the male protagonist began to torture her. An An, who came out of the sack, was tied into a hoof, put on a bone ball, smelled her stinky shoes, and then the man put the money into the stinky shoes and let her crawl over to take it out, but this is impossible. Task. An An, who failed the mission, was stunned, and then tied tightly to the bed. The man blocked her mouth with yellow socks, sealed it with various colored tapes, and sealed the stockings over her head. Finally, she wrote “meat” and asked her to wait. destiny.”