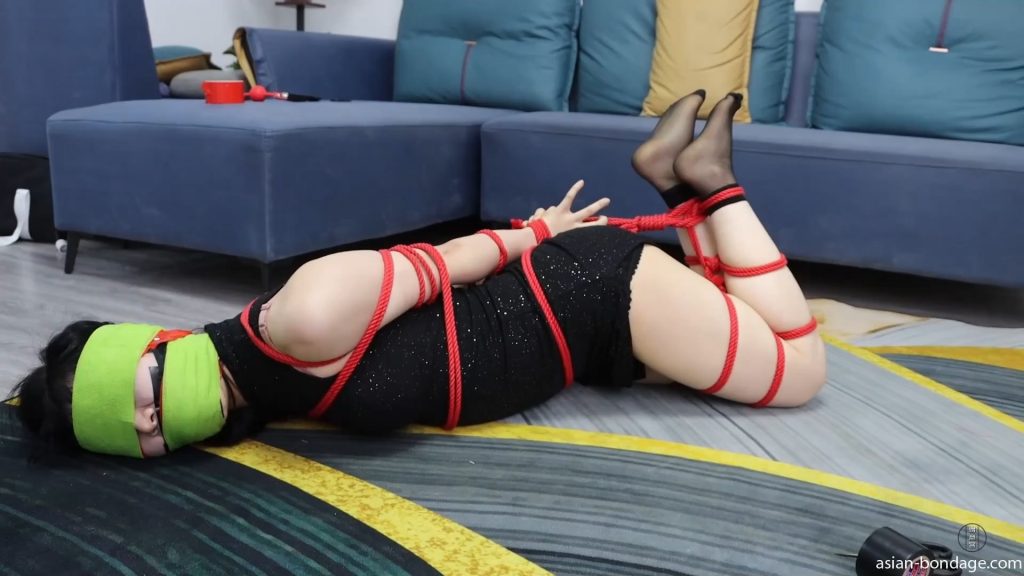 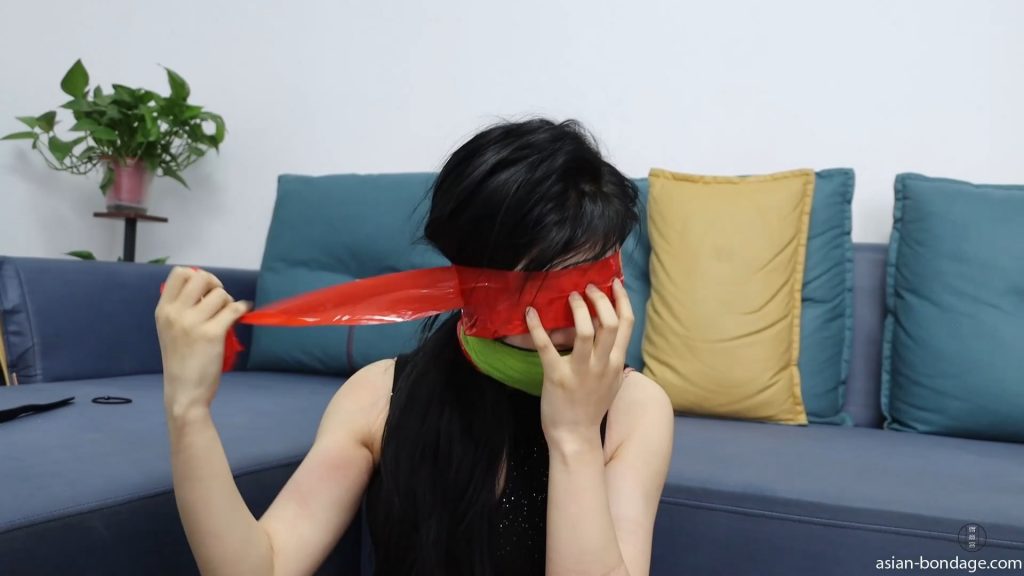 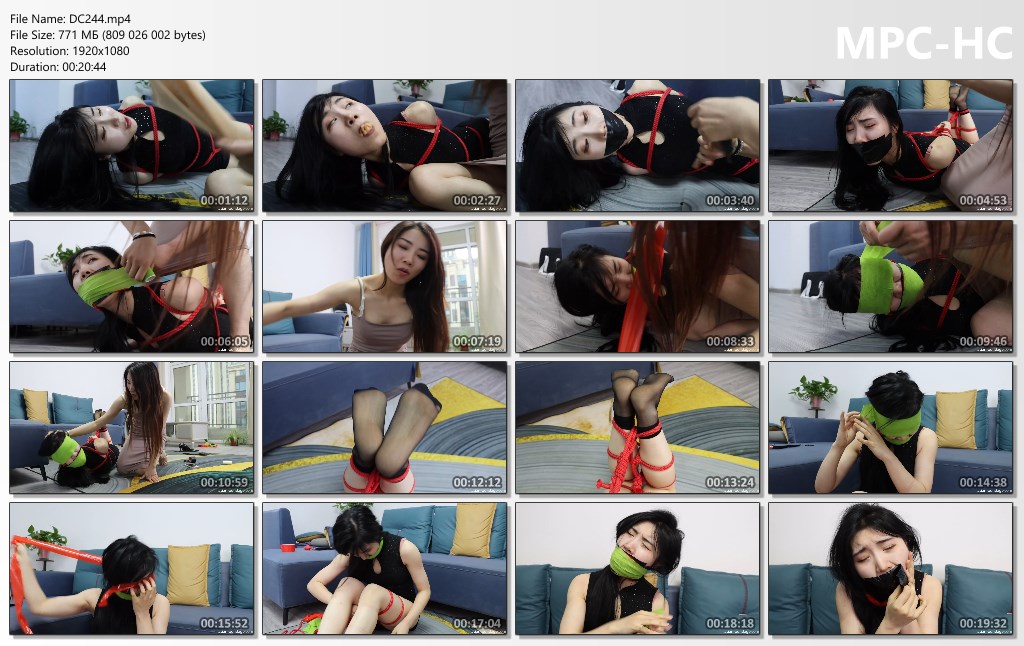 “Synopsis: After Liu Yang broke free, he bound Wu Han’s horse with a red rope, and then took off a pair of dark flesh-colored nylon stockings on his feet in front of Wu Han, and held it in his hand and shook it in front of Wu Han’s eyes. “Your boyfriend’s socks are too stinky, don’t they taste good, then you can try mine.” Liu Yang said slowly, Wu Han naturally couldn’t agree to be gagged by the original smelly socks again, shaking his head desperately. Liu Yang tore off the five black electrical tapes outside Wu Han’s mouth, and then pulled out the two coffee-colored smelly nylon stockings that were stuck in her mouth. “Come on, let you taste my original socks.” Liu Yang said to Wu Han, who was gasping for breath. “Good sister, it’s all my boyfriend’s idea. I, I am also a victim, I beg you not to, let me go!” Wu Han pleaded. “Stop talking nonsense! Who made you torment me like that just now! Now evil will be punished, it’s your turn!” Liu Yang squeezed Wu Han’s nose and forced her to open her mouth wide, then stuffed each of her two dark flesh-colored original nylon stockings It went into Wu Han’s wide open mouth, and it was tightly blocked. After the stuffing, he pressed his hand a few times to prevent Wu Han from spitting it out, causing Wu Han to be in so much pain again that he rolled his eyes. Afterwards, Liu Yang did the same, using black electrical tape to cut 5 sheets and seal them outside Wu Han’s mouth, and then wrap them with red tape and grass-green self-adhesive bandages several times to seal Wu Han’s mouth tightly. After closing his mouth, Liu Yang took his mobile phone and took pictures of Wu Han like Wu Han humiliated himself before learning. Wu Han tried his best to avoid struggling and humming, and glared at Liu Yang, but to no avail. “Dare to stare at me?!” An angry Liu Yang simply wrapped Wu Han’s eyes around him with red tape and grass-green self-adhesive bandages. Now Wu Han can’t speak, can’t see, and struggles bitterly and bitterly, Liu Yang patted his girlfriend’s head mischievously, smiled and whispered, “Would you like me to untie you? At this moment, the desperate Wu Han nodded desperately, “Let me untie you, stop dreaming! You are self-inflicted, and you will suffer the consequences! You should struggle slowly and enjoy it!” Liu Yang put on his shoes and held his mobile phone. Leaving, leaving Wu Han struggling in the dark. Wu Han desperately twisted her body and struggled, her feet swaying back and forth, she could use brute force to struggle and the rope did not move. She had to breathe to save her strength. After two hours of hard work, she finally loosened the knot with her own efforts, slowly released the restraint outside her eyes, and after adapting to the light, untied the ropes on her legs and ankles. Sitting on the sofa, Wu Han tore off the grass-green bandages and red tape that sealed his mouth, then tore off the black electrical tape outside his mouth, and slowly pulled out Liu Yang’s two dark flesh-colored nylon stockings in his hands and looked at it in disgust. , lost. Wu Han gasped for breath to relieve the retching feeling of gagging for a long time, while still not forgetting to revenge Liu Yang and the boyfriend who betrayed him: “This bad woman, I kindly help her solve it, she tortured me so much; That stinky man actually ran away with money behind my back! You wait for me, I can’t spare you!” It seemed that she did not deeply reflect on the mistakes she made.”