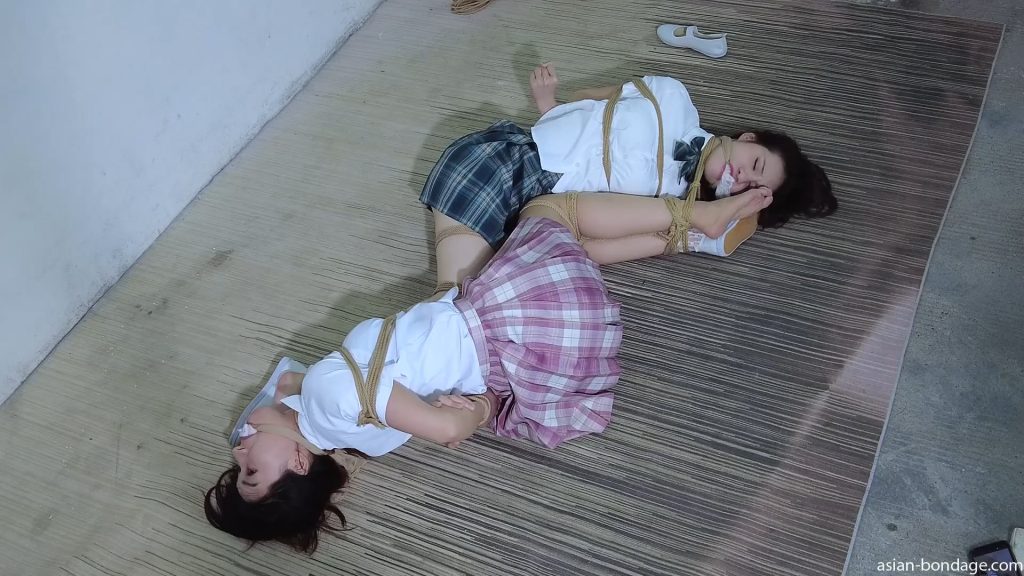 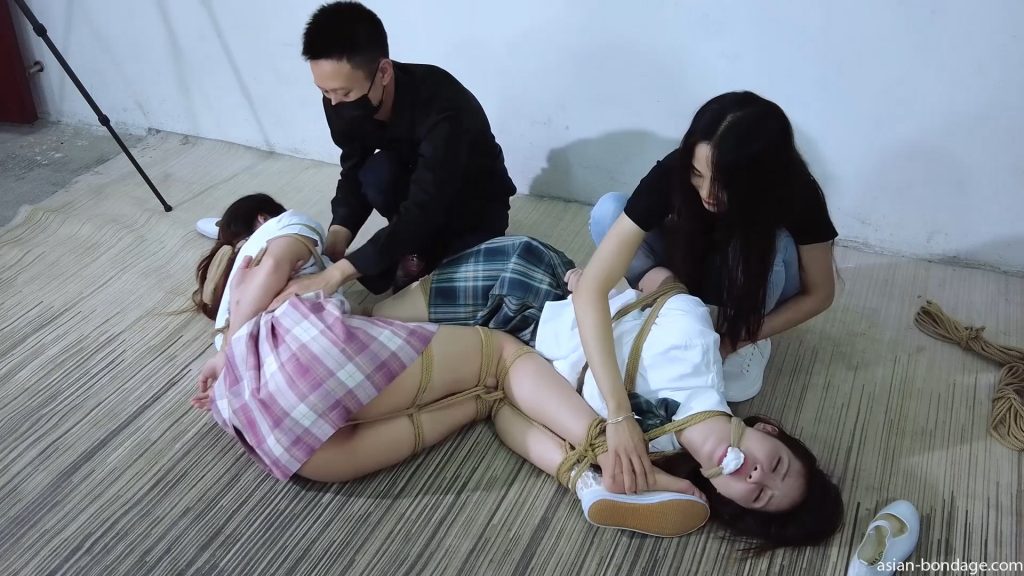 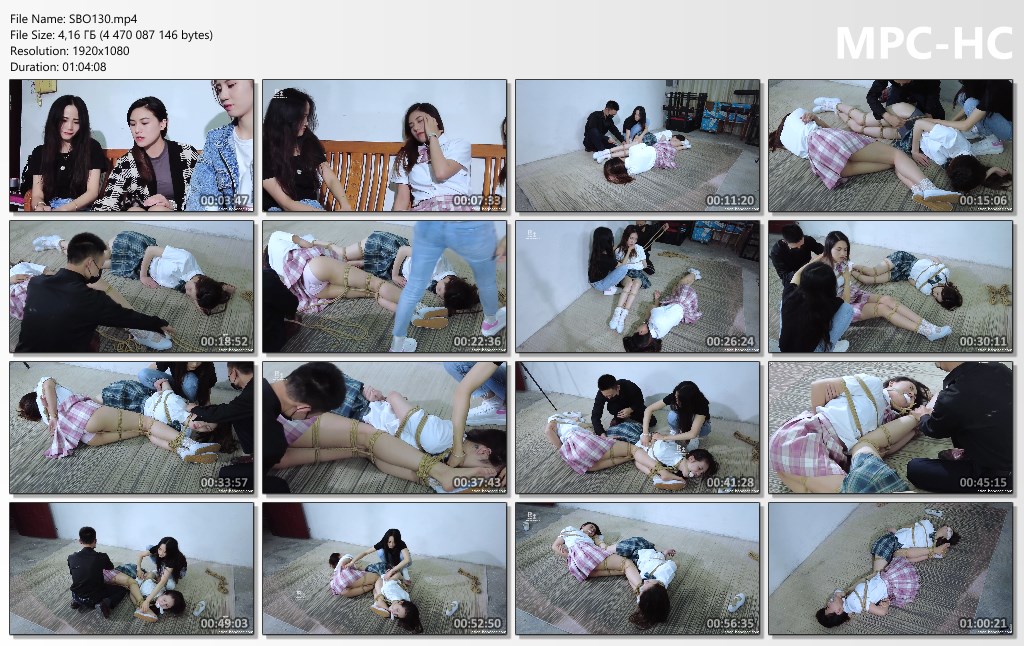 “Plot introduction: The first episode Huihui: The student who was brought to the interview by Lala Lala: Huihui’s best friend, secretly jealous that Huihui is better than herself, So I contacted Sister Hua and wanted to secretly sell Sister Huihui. Hua: Fake interviewer, who is actually a trafficker Change into JK clothes, white cloth shoes, white lace socks) Huihui and Lala came to see Sister Hua. After saying hello, Sister Hua went to bring two glasses of water. Lala picked it up first and took a sip, and Huihui saw that Lala drank and she drank it too. Sister Hua: “Your profile Mengmeng has already been shown to me, and I think it is completely in line with our program.” Lala: “Well, can the person I recommend be wrong?” Sister Hua: “This way The two of you will change your clothes and have an audition, and we will sign the contract as soon as it suits you.” Lala: “Why do you even have to audition for me?” Sister Hua: “I’m here, let’s try it together, you sisters are deeply in love with each other. Participation may be better.” Sister Hua brought Huihui and Lala to the fitting room to change into two sets of beautiful JK costumes for audition! Huihui and Lala came back after changing their clothes. Sister Hua praised: “It’s really good, they are all great beauties, I’m sure you will be popular.” Huihui: “Lala, thank you for introducing me to such a good opportunity.” Huihui shook her head: “Why me Are you a little dizzy?” Sister Hua and Lala looked at Huihui with a smile. Sister Hua: “It’s right to faint.” Huihui pointed at Sister Hua and Lala: “You…you…” Then she fainted. Lala: “I can finally let out a sigh of relief. Thank you, Sister Hua. After that…” Sister Hua: “Don’t worry about the next thing, we’ll take care of it.” Lala: “Then I’ll go first.” Hua Sister: “Wait a minute”, Sister Hua took another two glasses of water: “Come on, let’s clink a glass and have a good cooperation.” Sister Hua and Lala drank the water, and Lala was about to leave, but found that they couldn’t stand. Get up: “You…” Sister Hua touched Lala’s face: “I didn’t intend to let you go, you were fooled, I call two birds with one stone.” Sister Hua called her little brother: “Take them both with you. Go down, the old rules, if you want to play, you can play, just don’t hurt.” Little brother: “Okay.” Sister Hua: “Sister is good to you, follow her well, she won’t let you suffer.” Sister Hua and her younger brother carried Huihui and Lala into a secret room and tied the two women in a 69-style, with their heads and each other’s feet tied together! Sister Hua played chess against the two girls while making her younger brother tie up a little tighter!

Plot introduction: Continuing “Interview Trap Episode 1” Episode 2, Sister Hua looks at Huihui and Lala ( The head and each other’s feet are interconnected) and start to get on and off! Various touches! After tying them up, she patted them awake! Then each took off one of the two women’s shoes, took off a sock and stuffed it into the other’s mouth, then tied it up with silk stockings. The two girls struggled, shouting for help and asking Sister Hua to let them go. Lala glared at Sister Hua, Sister Hua kicked both of them on the buttocks, Sister Hua said, “I’m still not convinced, right? It seems that I have to train you well.” Sister Hua said, “I don’t know if you are afraid of itching?” Sister Hua scratched the soles of the two of them, took off the other shoe of the two while scratching (only the shoes but not the socks), stroked their whole bodies, and scratched their waists. The younger brother looked at itching and joined in together! The two of them scratch their itch like crazy! The two girls were so ticklish, they struggled frantically to dodge! It’s a pity that you can’t escape from being tied up! Laughing to the point of breaking out! After sister Hua and her younger brother scratched for a while, the younger brother gave Sister Hua a glass of water. Sister Hua: “Wait for this order to be completed without your benefits.” Brother: “But sister…” Sister Hua: “What’s wrong?” Sister Hua felt dizzy, Sister Hua “you!” Brother: “I need It’s you, sister.” Sister Hua fainted. Younger brother: “I will dress you up well, and you will be with them!” After saying that, the younger brother dragged Sister Hua away to change her clothes! Leaving the two girls struggling to make a whimpering sound.”