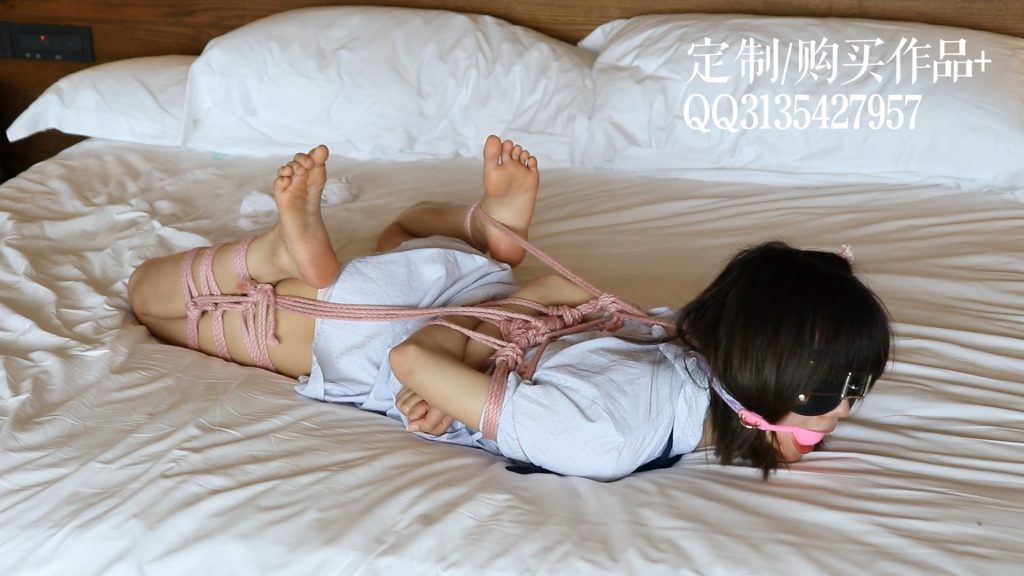 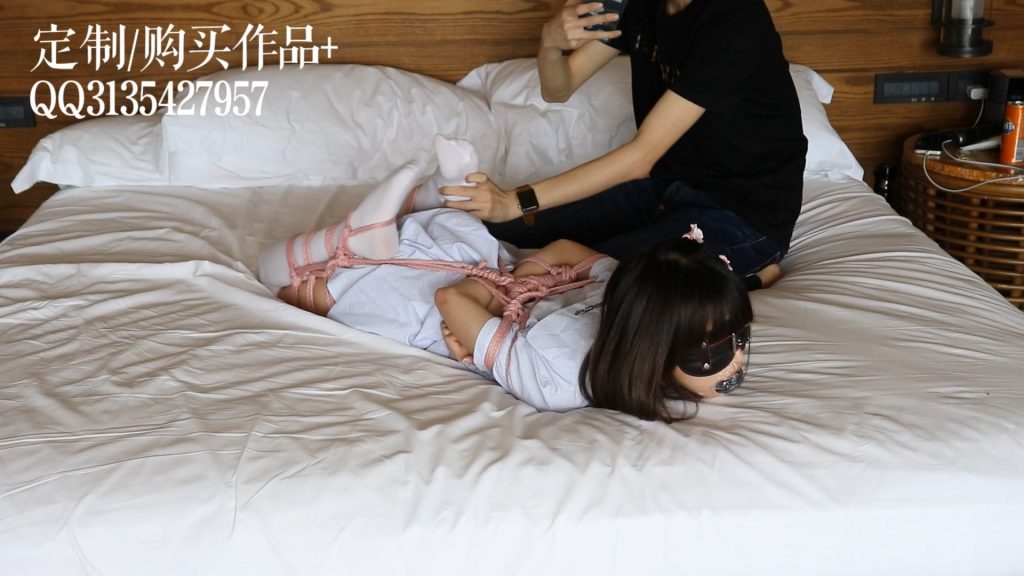 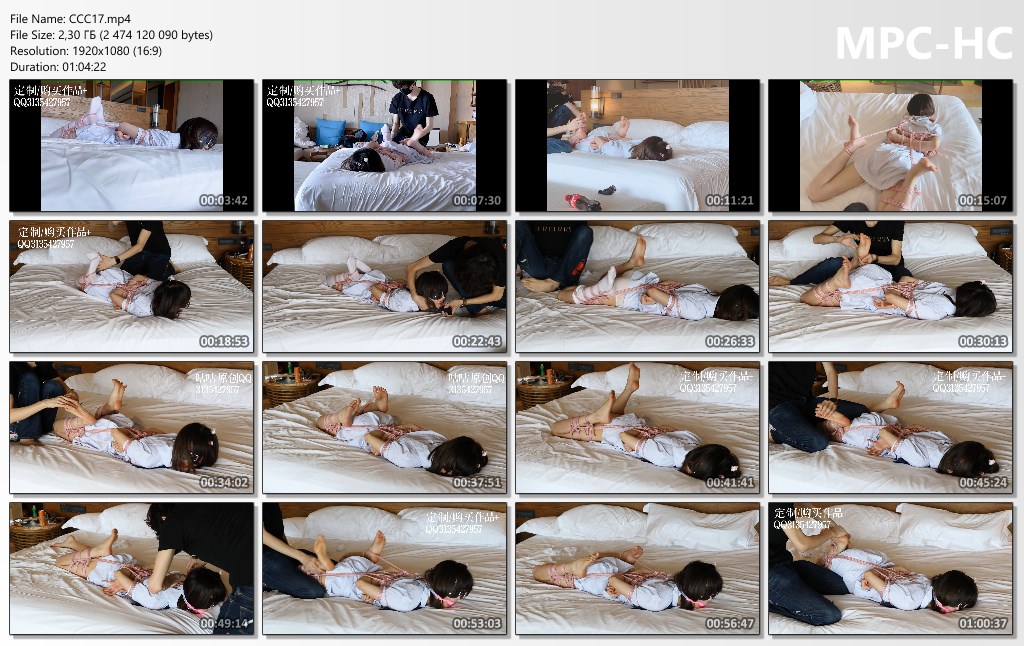 “Baisi is at home alone, but the gangsters cover her mouth and nose, Chacha wants to struggle, But any struggle under the man’s arm is futile. Cha Cha could only helplessly roll her eyes, letting the drowsiness sweep through her whole body… “Mmm~ ugh.. Mum!” The girl regained consciousness in a daze, but found that it was pitch black before her eyes, and she couldn’t see anything. He wanted to sit up, but his body didn’t listen to the brain’s instructions at all, his hands and feet were tightly tucked behind his back, and he was obediently tied to the bed in a posture of horses and hoofs. Cha Cha wanted to cry out for help, but found that his mouth was already filled with the stockings he had worn. The cautious man also used medical accessories to stick to Cha Cha’s small mouth. … The girl who was bound couldn’t come back to her senses for a while, and could only struggle in vain to pray for a chance of life – but we all know that under such strict restraint, Cha Cha has no chance of escaping. The prudent man started mercilessly, stuffing Cha Cha’s small mouth so bulging, his little face was almost rounded, and the gag even protruded out of his mouth. At this time, the gangsters saw the stunner-like Cha Cha, as if they saw some exquisite artwork, and touched the small white silk feet that Cha Cha was forced to lift up and caressed carefully… God, time has such a perfect sole, no matter what. The shape of the feet and the feel of the touch are almost perfect, and there is actually a milky fragrance unique to girls. The man couldn’t hold himself for a while, stroking the girl’s cute white silk feet fiercely, seeing that the girl should be struggling desperately for itching. After scratching for a while, the man was not satisfied, and even took off Chacha’s white silk through the rope, and Chacha’s perfect pair of white and tender bare feet were exposed like this, as if they could poke water out of them. After applying the essential oil, the soles of Chacha’s feet are like the most delicate and attractive food in the world, white and tender, and at the same time shimmering with a seductive luster. The soles of the fair feet turned out to be attractive pink, as if to declare to the world how sensitive the soles of the owners of these perfect jade feet are…. In the face of this scene, who can control it, men be careful Holding this pair of crystal clear artwork beautiful feet, frantically scratching the girl’s pink feet… There was only the girl’s desperate laughter in the room”