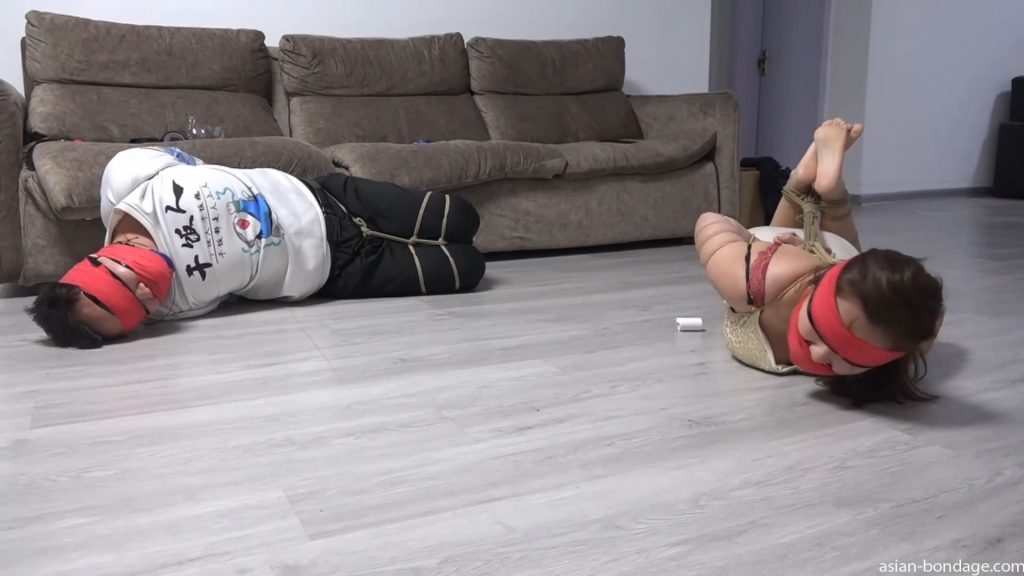 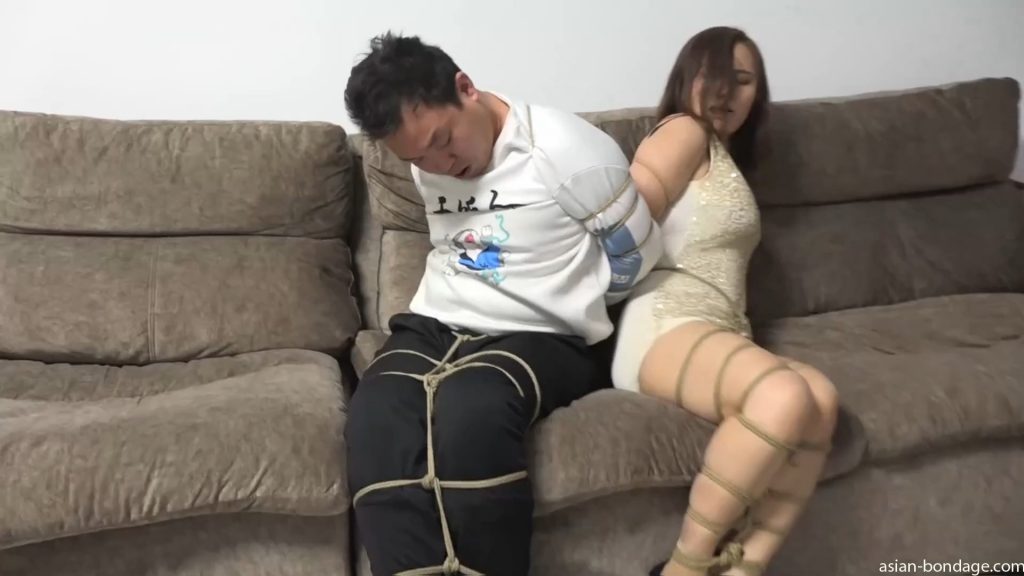 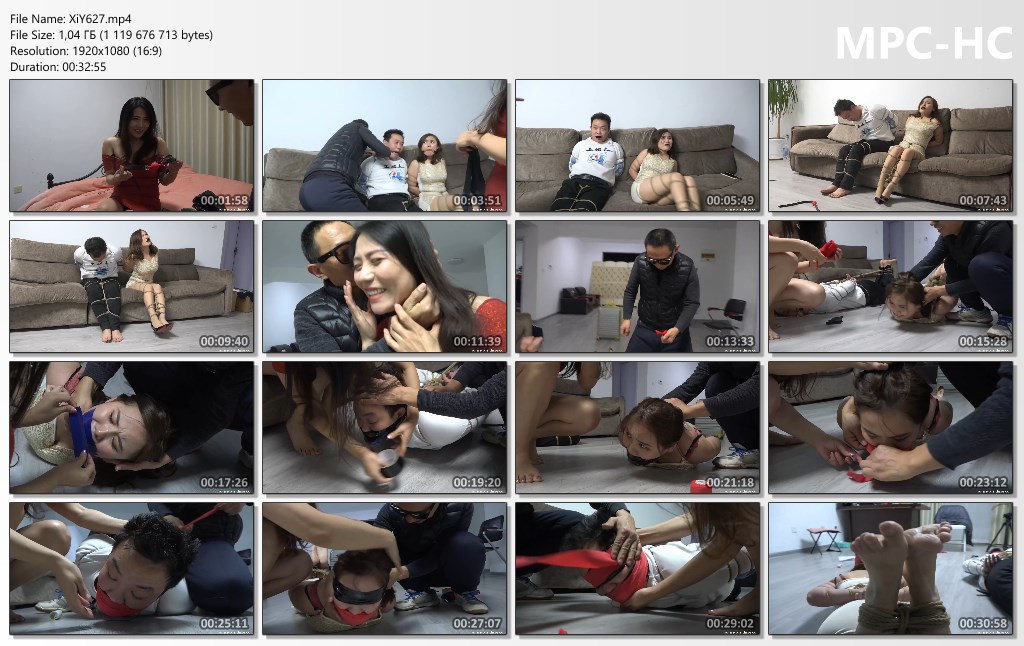 “Han Jingjie and her boyfriend went to Li Ran’s house to ask for the account, hoping that Li Ran would pay her back the money owed to her as soon as possible. Li Ran said that when his husband (actor Suo Ge) came back to pack up his things, he would immediately transfer the money to Han Jingjie on WeChat. Brother Suo came back and went to the bedroom with Li Ran, but the two did not pack up, but took out restraint tools such as rope gag and picked it up with a smile and walked to Han Jingjie and her boyfriend. Li Ran said that he would pay back the money immediately and give their young couple a big gift . The couple who were caught off guard were attacked by Brother Li Ran and tied tightly, and their mouths were gagged with a gag. Considering that the two were not honest, Li Ran took off the two original smelly nylon stockings worn by Han Jingjie’s boyfriend’s feet in order to give them some color, and stuffed them into the mouths of Han Jingjie and her boyfriend respectively, which made them disgusting and painful. Li Ran and Brother Suo quickly returned to the bedroom to pack up and prepare to run away. Han Jingjie and her boyfriend struggled hard, and finally prepared to help each other loosen the knot. Unexpectedly, Brother Li Ransuo, who had packed up and came out, bumped into him. Seeing that the young couple wanted to run, Brother Li Ransuo simply tied their horses. Li Ran took off a pair of black short stockings on his feet. He said that he had not washed them for several days. He left it to Han Jingjie’s boyfriend as a souvenir. He took out the nylon stockings in his mouth and threw them in. Naturally, a pair of short stockings could not fill a big man. Li Ran simply asked Brother Suo to take off a pair of flesh-colored short stockings that Han Jingjie was wearing on his feet, and continued to force it into Han Jingjie’s boyfriend. Afterwards, Li Ran came to Han Jingjie, pulled out the nylon stockings in her mouth and threw them away, smiled and stuffed into her mouth a pair of dirty red panties that he had been wearing for several days without washing. Han Jingjie was in pain. Li Ran and Brother Suo used blue wide tape to seal and cut 5 sheets and seal them outside the couple’s mouth, then wrapped them with black tape for 5 laps, and finally wrapped them with red elastic self-adhesive bandages 5 laps to wrap the couple’s mouth tightly. Strictly. Before leaving, Li Ran took a picture of the young couple and deliberately showed them to humiliate them. The angry couple stared desperately to vent their dissatisfaction. Li Ran dared to stare at me and sealed your eyes! So the male and female thieves used black tape and red self-adhesive bandages to wrap 4 times around the eyes of Han Jingjie and her boyfriend, depriving them of their vision, and then they packed up and ran away. Han Jingjie and her boyfriend struggled in the dark, groaning, but no matter how hard they struggled, they could only lie down and pant in a low voice, hoping to be found and rescued by others.”