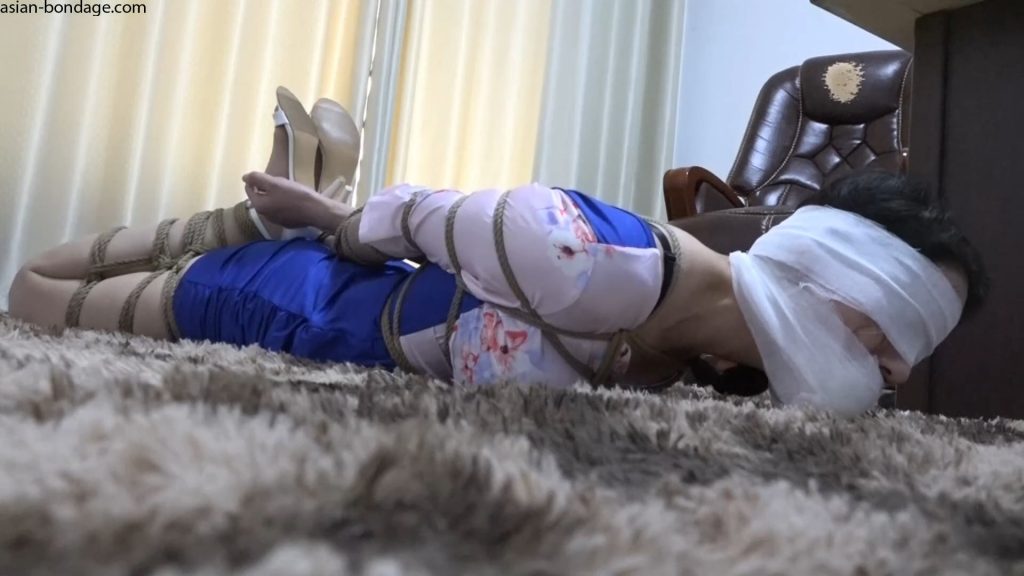 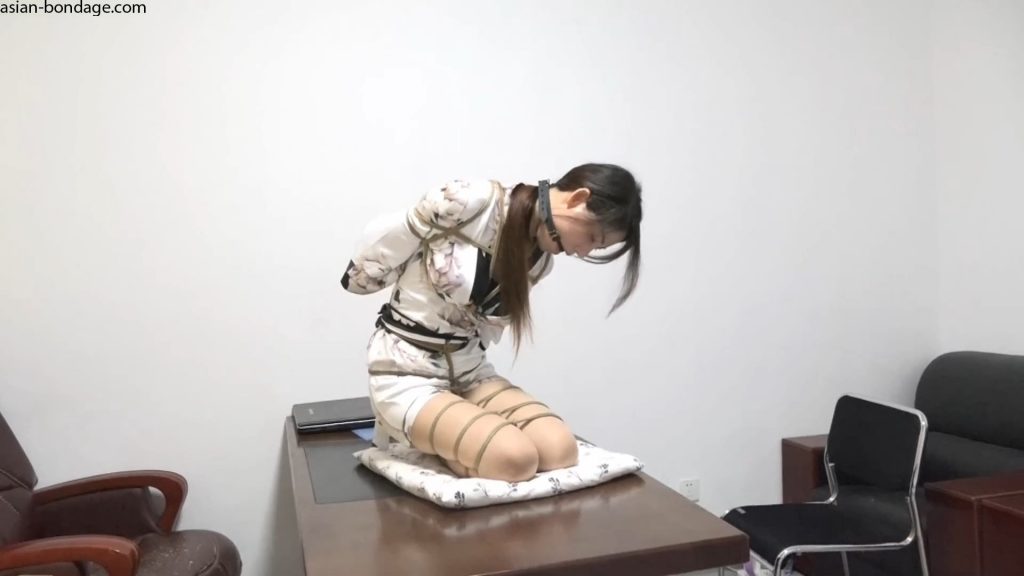 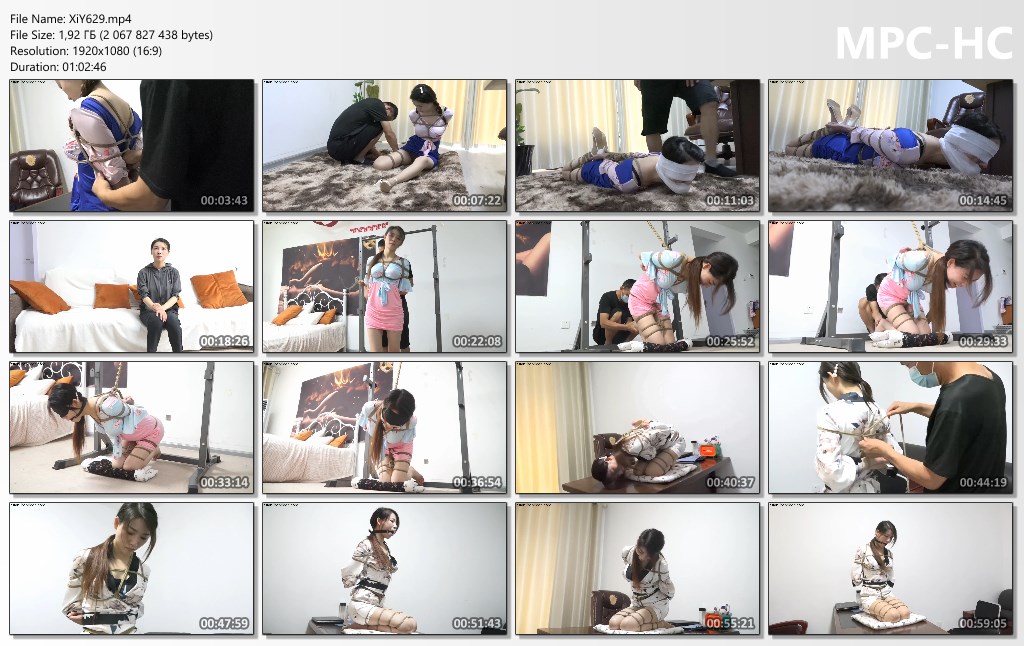 “Liu Yang is a female secretary of a company. She just came to the office this day and found that there is a courier of her own on the desk. He happily opened the package, but the contents inside surprised him. It turned out that the contents were actually several bundles of rope and two types of gauze. When he was wondering who sent it, the boss came behind him and said, “It seems that I have bought a new rope. Let me try this new rope for you. How about it.” Then he twisted Liu Yang’s hands behind his back , let her lie down on the table and bind her hands with ropes. Liu Yang struggled and said, “Oh! Why are you doing it? I don’t know who sent it, and you have to work!” (Work? Although I don’t know who sent it, but it must not be tied up. How about playing.) Boss: “What’s the job, I’ll give you a holiday today!” Then he tied Liu Yang up, slowly stuffed the stockings into his mouth, and covered his eyes and mouth with gauze

In the last episode, Liu Yang also did not know who sent a few bundles of rope and gauze. tied up. After the horse was tied up, she was left to enjoy herself for a while. The boss untied the rope for her, changed her position, and tied her up again. Take her to a shelf, let her sit down on her knees, and use a rope to hang her hands behind her back. The next step is to punish her well. The boss came behind her, and kept stroking her bare feet and tickling her. Feeling the itching from the soles of his feet, Liu Yang kept struggling to break free from the boss’s hands. However, being hung under the shelf, she could only keep shaking her body, unable to avoid the boss’s hands. When the game was almost over, the boss took out the eye mask and put it on for her, and left her alone in the office

Liu Yang walked into the office today, wearing a kimono, walking He sat down at the desk, took off the high-heeled sandals on his feet, and put his legs on the desk. She said unhappily, “I’m exhausted.” The boss came over at this time, grabbed her beautiful feet in stockings and said, “What’s the matter, let me rub your feet.” Liu Yang pouted and said, “Every day I have to walk around in stockings and high-heeled shoes at work, but I’m exhausted.” At this time, the boss took out the rope and said, “Let’s play a game with you, let you relax.” Liu Yang saw the boss took out the rope and said : “What are you doing with the rope!” The boss: “Just be obedient and don’t move.” Then Liu Yang was tied up and placed on the desk. After tying up, the boss looked at the time and said, “I have to go to a meeting, so you can stay alone for now~””