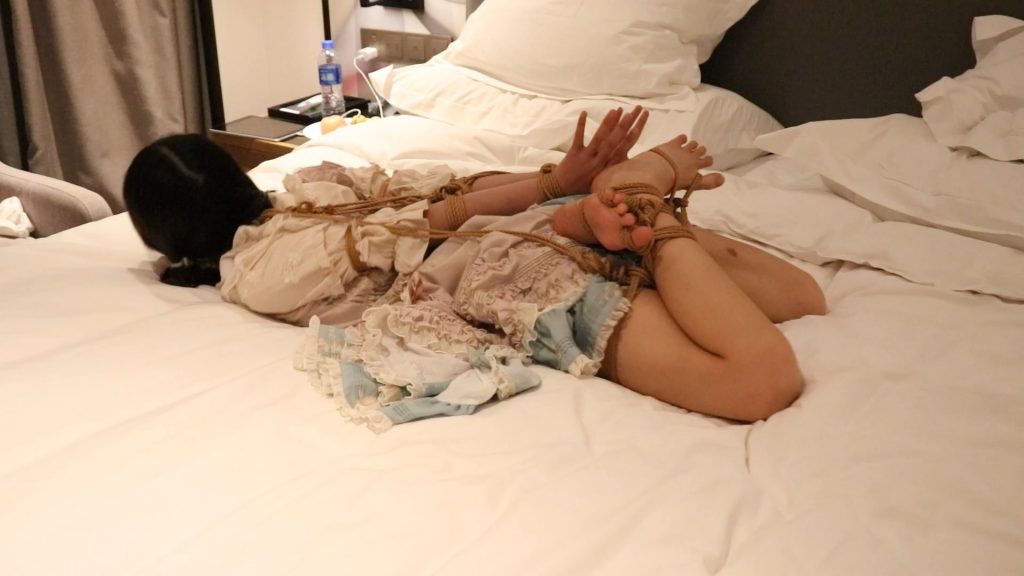 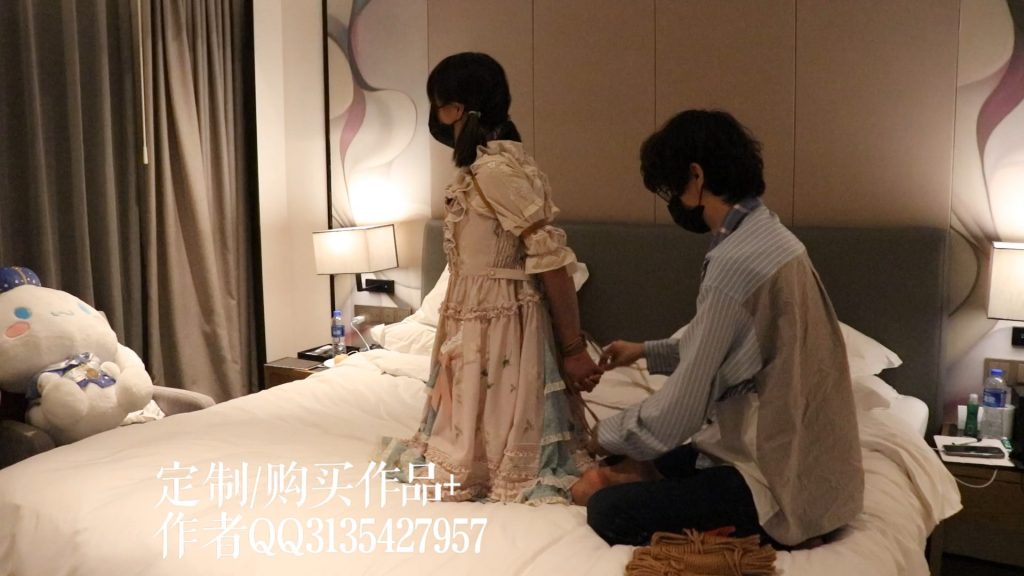 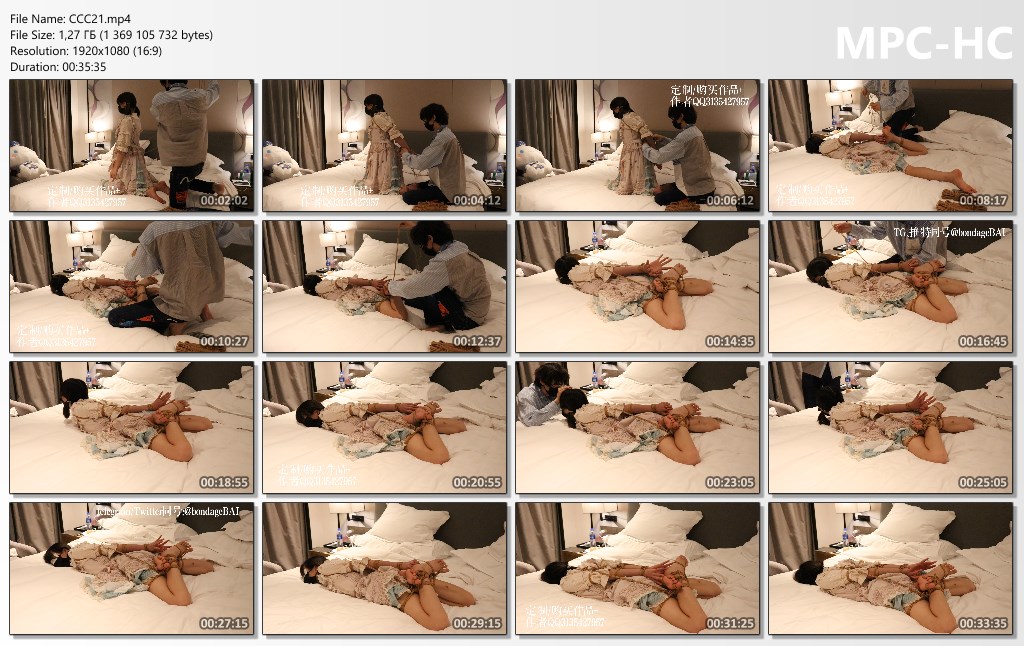 “This time, it is a series of tight binding and placement. I carefully tied Cha Cha once on a whim. First, I arranged the strictest straight arm for Cha Cha, and then folded Cha Cha’s legs and tucked them behind me. A cross-legged horse came. Since it is tightly bound, how can the fingers and toes be spared? Use two ropes to make a folded leg tie, and then tie the folded legs in a cross-legged posture. Finally, fix the ankle tea tea to the rope of the straight arm behind, and then tie the thumb with the rope. Together. In order to ensure that Cha Cha’s little feet can’t move, this time I also used ropes to fasten the two small feet to the other calf, not even the toes, and also tied the big toe and the leg to the other foot. on the ankle. Poor Cha Cha’s legs were almost melted into a whole, and I really realized what it means to be unable to move! Straight arm is one of the most difficult ways to tie up. The cross-legged horse’s support ability makes Cha Cha unable to turn over on her own. What’s even more desperate is that the fingers and toes are tied up this time. At this moment, Cha Cha can even move her fingers and toes. became a luxury. A lively and lovely girl is connected by ropes into a whole. Like objects, she can only lie on the ground and struggle, and she can’t even move a centimeter. The most lovely thing is that once Chacha is sensitive and shy, the soft soles of the feet will turn red and blush. When Chacha struggles, the soft soles flap like small wings, which is really cute. ! Cha Cha’s feet are slender and soft, and the soles of her feet are red like a cat’s pads, which are soft to the touch. At this moment, even the toes are being helped, and the soles of the feet are twisted uncontrollably and cutely when struggling, which is really tempting!”