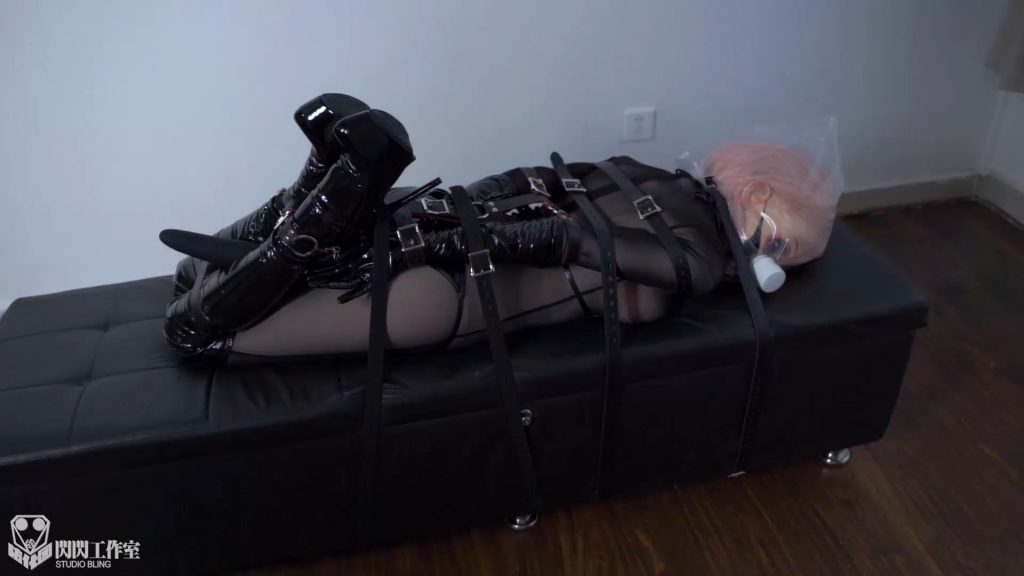 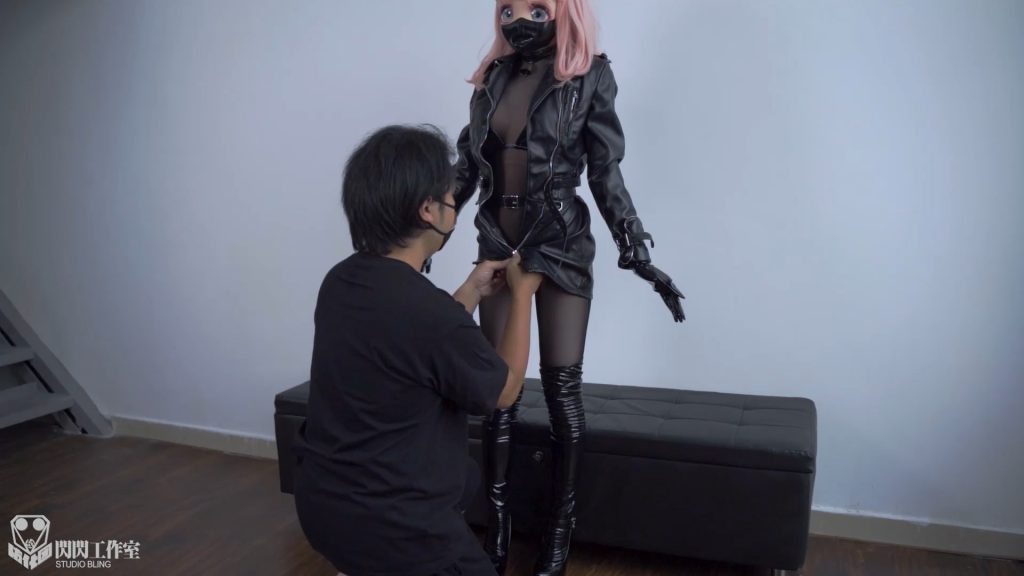 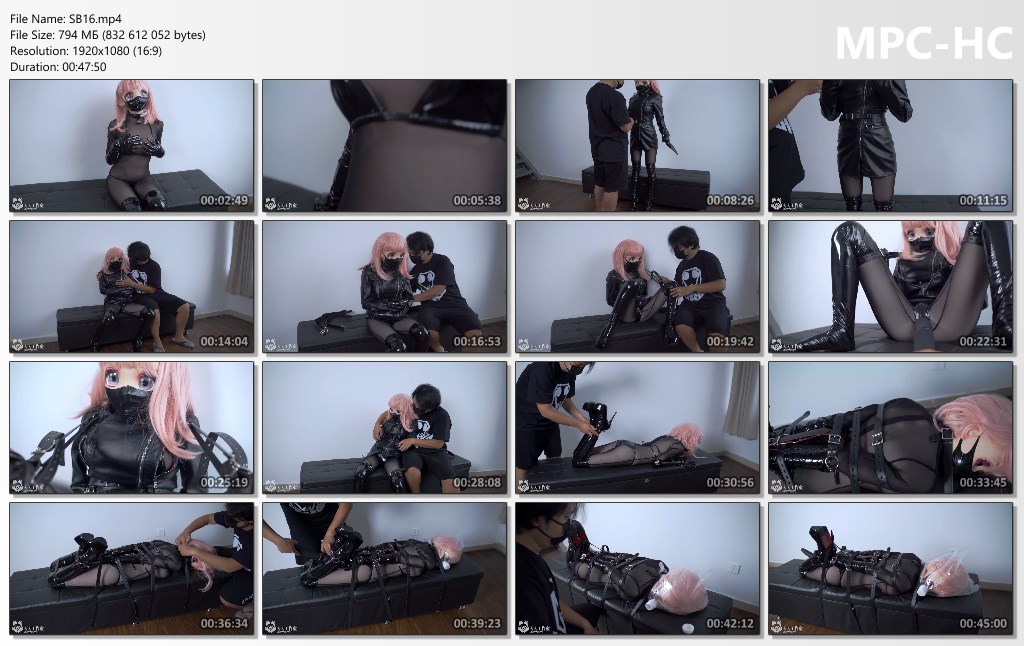 “Xiaokui arrived in the afternoon, wearing a refreshing dress, very beautiful. As soon as I walked in, I asked if the milk tea was delivered. It was much more lively than when I first met. After handing over the costume to her, and waiting for her reaction for a while, I heard Xiaokui’s questioning voice, why is KIG’s face all covered? I explained and fooled, and finally let Xiaokui put on the headgear. She said that the headgear was so tight that she couldn’t open her eyes. The full-coverage headgear and the full-head KIG head shell were so fun that she couldn’t wait to put Xiaokui’s head on. Shell originally ordered a black wig and it has not arrived yet, so I can only use pink hair. The all-black sexy shape with cute big eyes is still very eye-catching. Then I put a latex mask on the head shell. The black gauze that made Kwai’s voice muffled and the KIG leather form a perfect fusion, both wrapping and see-through. The luster of the patent leather has been stimulating me, and every movement of Kwai is very poking at my XP basic attire. , I took out the BM’s beta version of the restrained leather jacket. This leather jacket can be used for both daily use and functional games. After putting on the leather jacket, Xiaokui immediately looks handsome. If it weren’t for the functionality of the leather jacket I really don’t want to zip up the zipper, but after zipping the zipper, the wrapping of the leather is also very strong. Since Xiaokui used a big chest prop, she was tightly restrained by the leather jacket, then put down the sleeves of the leather jacket, zipped the zipper, and the leather jacket It turned into a straitjacket. He folded his hands and fixed the sleeves behind his back. The shape of the straitjacket appeared. After the restraint was completed, he began to stimulate Xiaokui with a vibrating toy. Xiaokui’s sensitive body responded immediately, and the high heels kept rubbing against the ground. The soft loli sound began to turn into a moaning sound, and then the M-shaped legs were opened and fixed on the shoulders of the restraint, and she could start to stimulate Xiaokui’s body unscrupulously, until she started shaking and twitching and took off the restraint, Xiaokui was slender. Her figure reappeared, and Xiaokui was also panting. She said that the straitjacket was too hot. At this time, I asked Xiaokui to lie down and tied Xiaokui’s horse with a specially prepared belt, and then fixed Xiaokui with a long belt and a bench. Body, hold her tightly, especially the high heels, so that Xiaokui only has the authority to twist slightly, put a plastic bag on her head, and place the vibrating toy. The sound of her breathing, the sound of leather friction, and her twisting posture, all staged this clip together. Xiaokui’s breathing sound was very loud, and it was very difficult to pant, because the KIG skin + head shell + latex mask + plastic bag, this difficulty She was already very tall, and Xiaokui said later that her head was covering her nose, her mouth was too tightly wrapped by the headgear, and it was difficult to open her mouth. The big breasts pressed against her chest, and she gasped very hard with every breath. After more than half an hour of binding the horse, she released Xiaokui. Her hands were completely paralyzed. When she opened her head, she was already asleep”