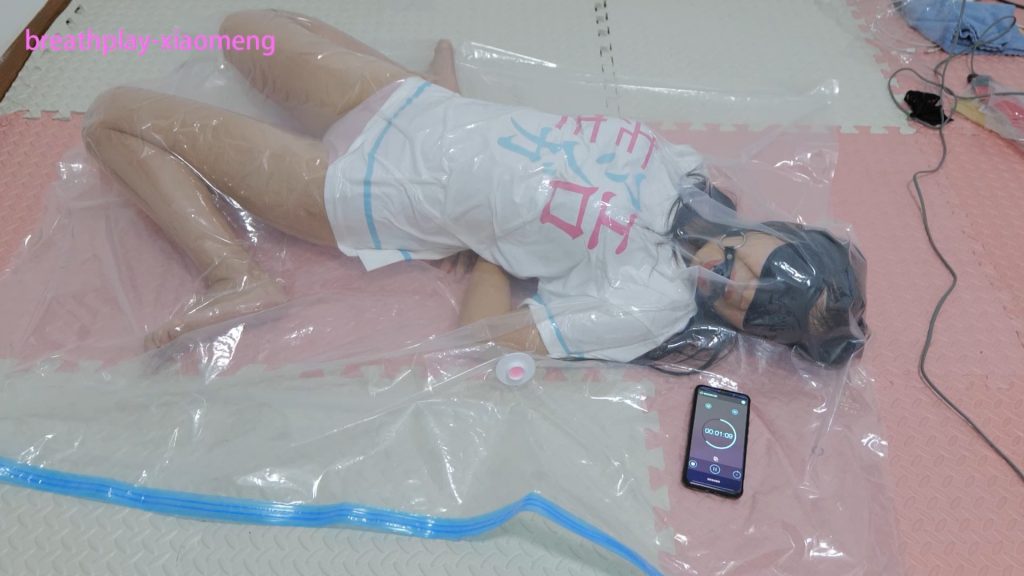 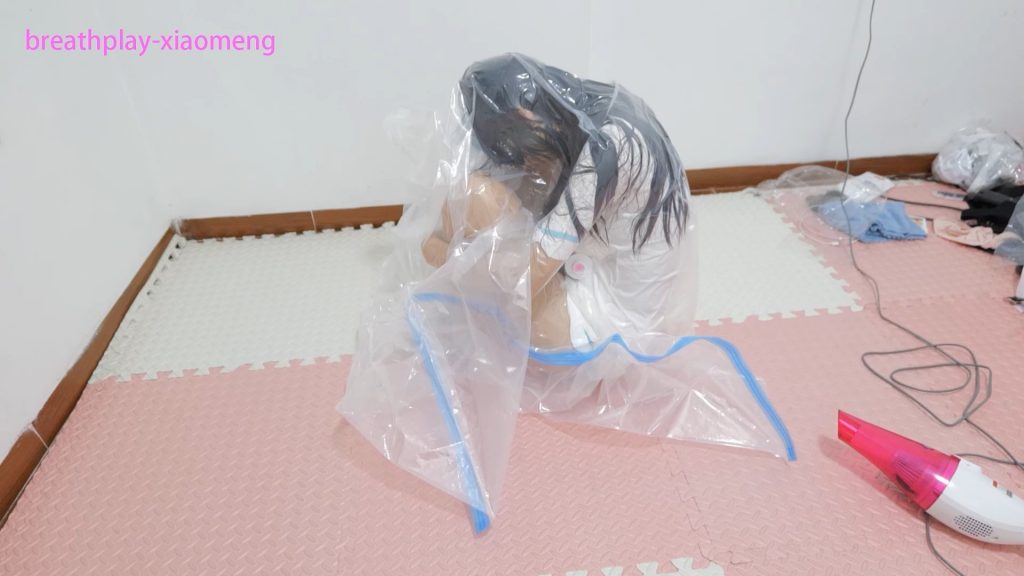 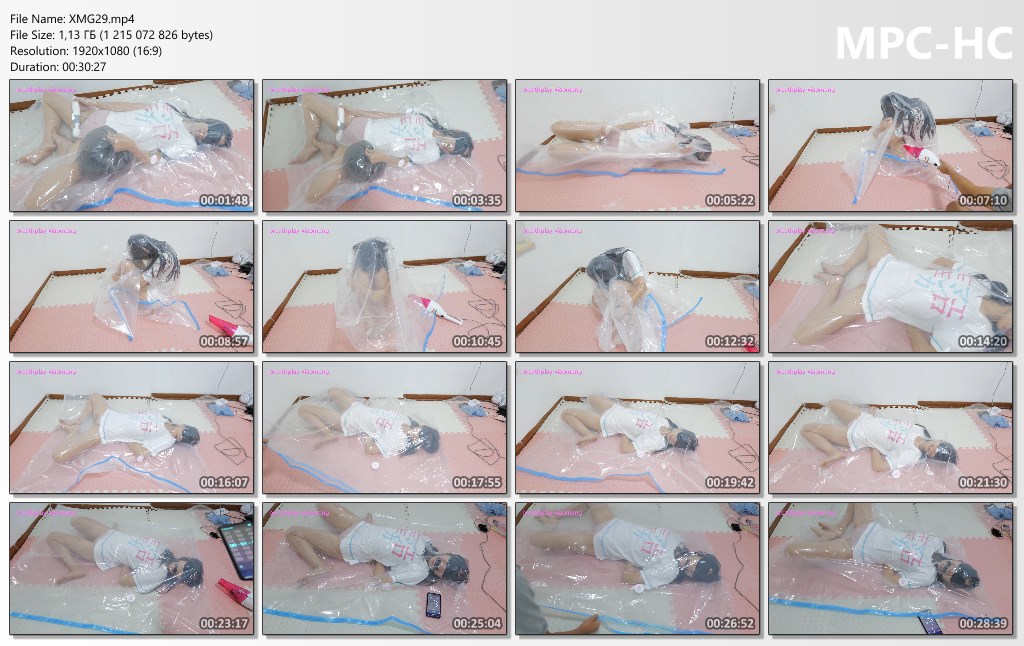 “This time, Xiaomeng wants to experience the vacuum bag again. But her record in the vacuum bag is only two minutes, what should I do if there is not enough time? This can’t be difficult for Xiaomeng. “Just bring some spare air in.” Xiaomeng said. Backup air? What is that… I saw Xiaomeng blindfolded, obediently lying in the vacuum bag, right hand, left hand… A bulging empty plastic bag… Well, this is spare air. After pumping the air in the vacuum bag, the plastic bag is like a bubble in the vacuum. At this time, Xiaomeng began to enjoy the touch of. With the increase of excitement and the aggravation of hypoxia, Xiaomeng’s moaning became more and more urgent. Two and a half minutes later, Xiaomeng released the fresh air from the bubbles. The time was indeed extended, but because the fresh air immediately mixed with the remaining low-oxygen and high-carbon dioxide old air, the rescue effect on her did not seem to be as good as expected (or should be said, for the audience, this effect is more effective. Good?) Xiaomeng soon entered a state of panting again, and was finally released by me after more than 4 minutes of gasping. This gameplay is very new, but there is still room for improvement, and continue to work hard next time. Next is the regular vacuum bag game time. Sitting twice and lying three times, each time she was pushed until Xiaomeng begged loudly for mercy before letting her out. Finally put a mouth ball on her, and two more rounds of countdown vacuum. And what Xiaomeng didn’t know was that I didn’t plan to release her as soon as the countdown was up. How would she react when she heard the countdown bell and found herself still sealed in the bag?”