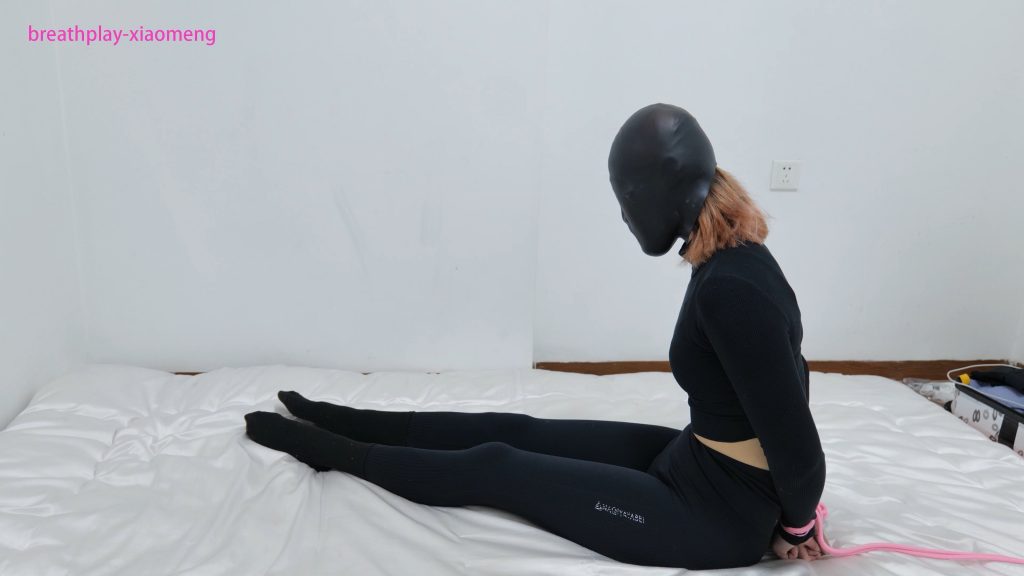 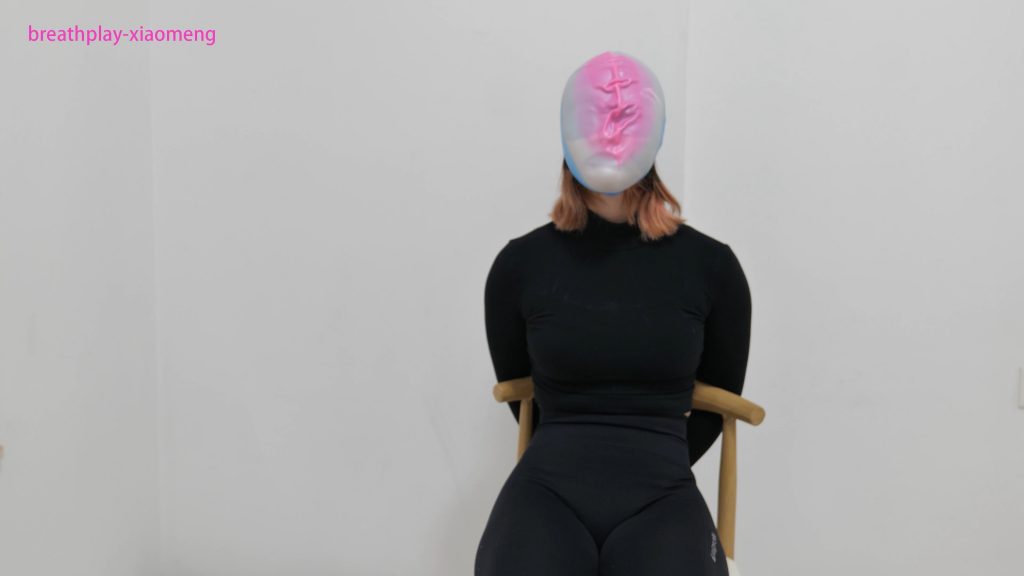 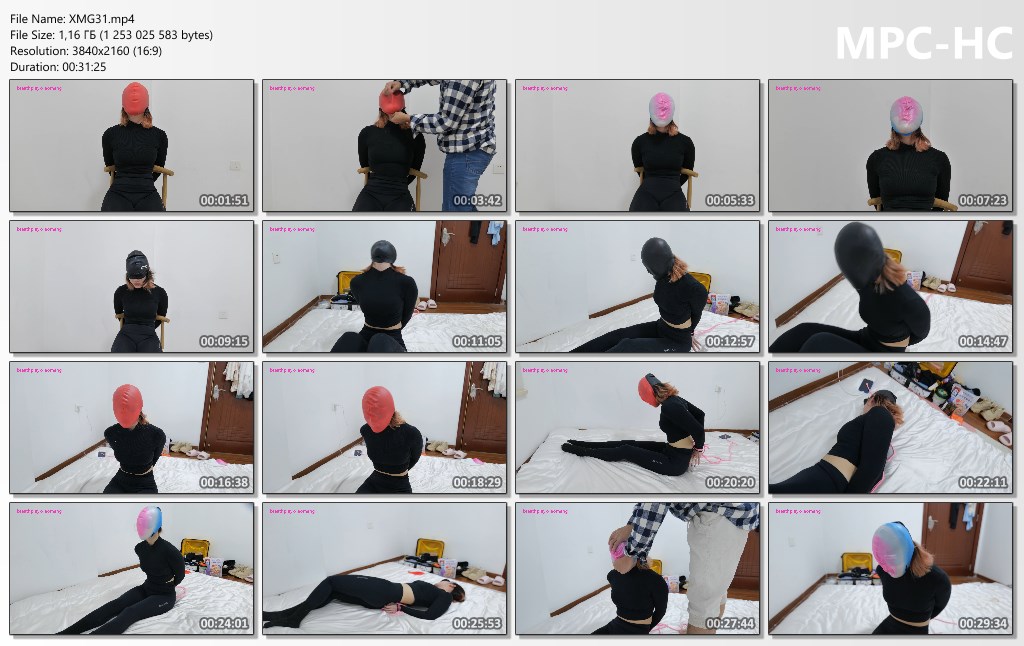 “In this 31-minute video, Xiao Yu wore a swimming cap for a total of more than 22 and a half minutes. The rest of the time, she was panting most of the time… To keep the cap from slipping off her hair, two caps were used throughout this video: one on her hair in the normal way, and the other on her face [X_X] penalty on . It worked so well, the second cap never slipped off her face in the video. The first two attempts were Xiaoyu’s warm-up. A second swim cap had just been pulled over her head. Some hair on her cheeks, below the brim of the cap, broke the airtight, allowing her to get some fresh air (but only if she inhaled really hard), which extended the time she wore the cap. Two attempts ended in loud screams when the amount of leaked air could barely support her breathing movement itself. After that, I paid special attention to her hair, pushing it as far as possible from her cheeks to the back of her head. Also, I pulled harder on the second swim cap, all the way to the back of her head, almost covering her entire head. The air leak was then greatly reduced over the next nine attempts. Now she has to inhale harder, and even so she’s taking in a lot less air than before, or none at all. It was impossible to endure for more than three minutes, and her reaction under the swimming cap was wonderful. For more fun, several attempts were made in succession: I only lifted the cap halfway, let her breathe for a short while, and then immediately pulled the cap off again. You can clearly hear her breathing heavily. You can clearly see her face outlined by the swimming cap. You might even notice that she makes rather specific noises when she wants to scream but doesn’t have enough air in her lungs, or when she desperately wants to inhale and only gets the silicone stuck in her mouth. Because Xiaoyu was breathing too hard, she had chest pains all night after that…”