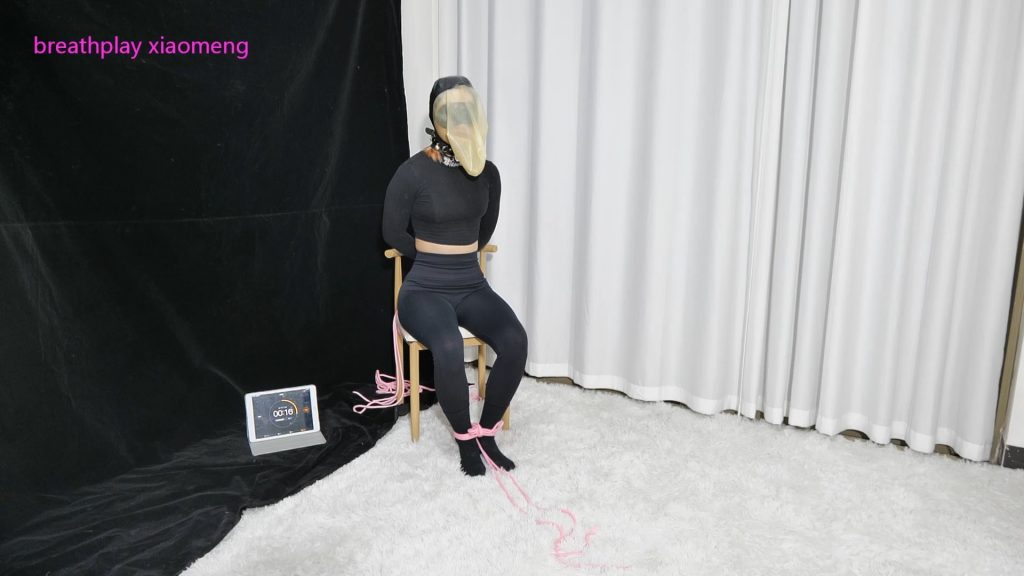 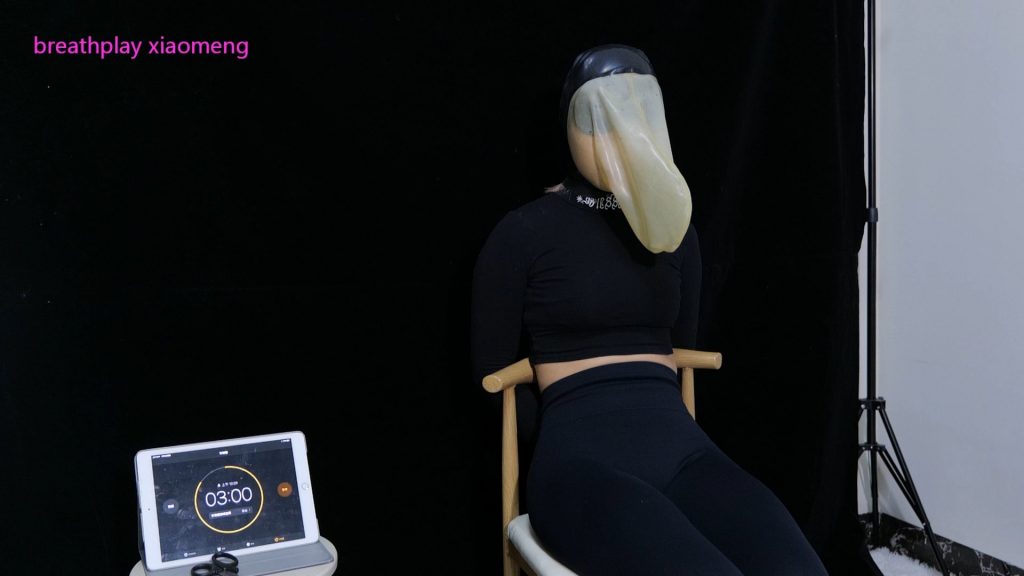 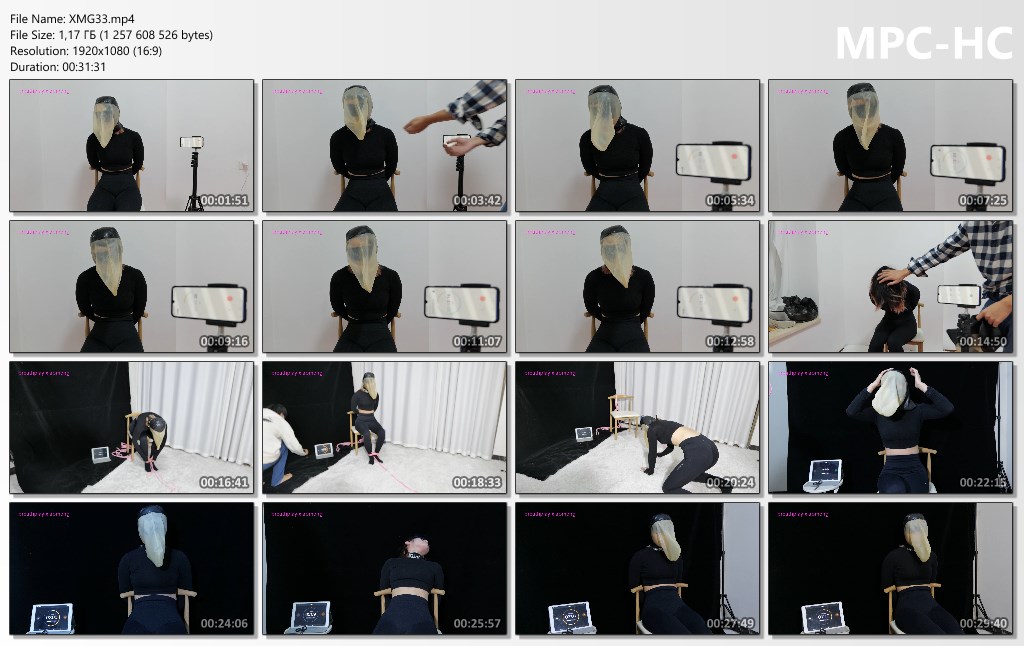 “The main prop this time is still the non-porous headgear, but unlike before, this headgear has a particularly large breathing bag. Counterintuitively, a large counterlung headgear is more difficult than a small counterlung headgear. This is because, unless the neck of the headgear is sealed by a very strict method, there is always a slight possibility of air leakage (such as along the gap between the hair strands), and when wearing a small headgear, it is generally possible to breathe very hard. A little bit of fresh air leaks in, and because the capacity of the big headgear is greater than the lung capacity, the inhalation and exhalation are completely completed in the bag. Breathe in an inner circle on the top. Because of this, Xiao Yu decided to train his carbon dioxide tolerance in advance to improve the success rate of passing the unbound challenge. Training was performed using a four-wheel headgear and was performed for 2, 2.5, 3 and 3.5 minutes with only 30 to 45 seconds of breathing rest in between. After 3 minutes of the third round, Xiaoyu couldn’t control the slight twitching of her body, but she still insisted on completing the last round of 3 minutes and 30 seconds, and then she almost fell to the ground in front of her eyes. Fortunately, I pulled her back to the chair . Xiaoyu was barely satisfied with his training results, so the challenge of breaking free began. Learning from the previous lesson, this time I only tied her hands behind her back, not her arms, otherwise it would be difficult for her to reach the lock on the collar with the key. As a price for not tying his arms, Xiao Yu’s feet were tied together to make it more difficult to untie. After putting on the blindfold, headgear, and collar and locking them, Xiao Yu still had to sit quietly and wait for a minute before breaking free from the rope, finding the key on the ground, unlocking the lock and collar, and taking off the headgear to complete self-rescue. Challenge process and results? I won’t spoil any spoilers, but you should be able to guess a lot from the post-mortem interview below: -Me: Finding the key was too fast the first time. ——Xiaoyu: Yes, because I felt it when you touched me when you put the key, hahaha… ——Me: So this is cheating! Invalid score, try again! ——Xiao Yu: Where did you put the key the second time? I touched it for a long time, and I don’t remember if I touched it in the end… ——Me: Don’t remember? You lost your memory again? ——Xiaoyu: Yes, did I faint again, but I don’t even have a memory of when I fainted and when I woke up… ——Me: Then what do you remember? ——Xiao Yu: I remember that you seemed to slap me in the face again! stop, don’t run! So, no matter what, if you fail, you are a failure, and Senior Sister Xiaoyu needs to accept headgear punishment for 3 and a half minutes. Perhaps because Xiao Yu’s state has not fully recovered from the unshackled challenge, the first time she was punished, she surrendered before the time came. Although her face has turned gray and her lips have turned purple, if it stops here, she won’t be the little Yu-senpai we know. After a short rest and adjustment, Xiao Yu finally managed to complete the three and a half minutes of punishment in one go. The price was that she fell off the chair again with her eyes blacked out. Don’t worry, I won’t let Xiaoyu-senpai fall and get hurt, and now Xiaoyu-senpai is just like you, watching her performance in the video excitedly, amazed!”