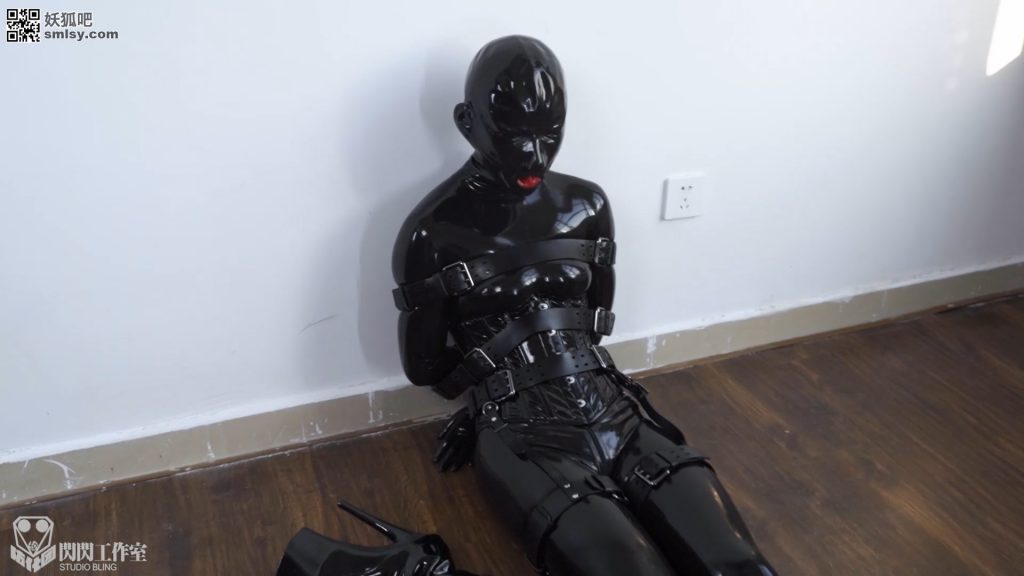 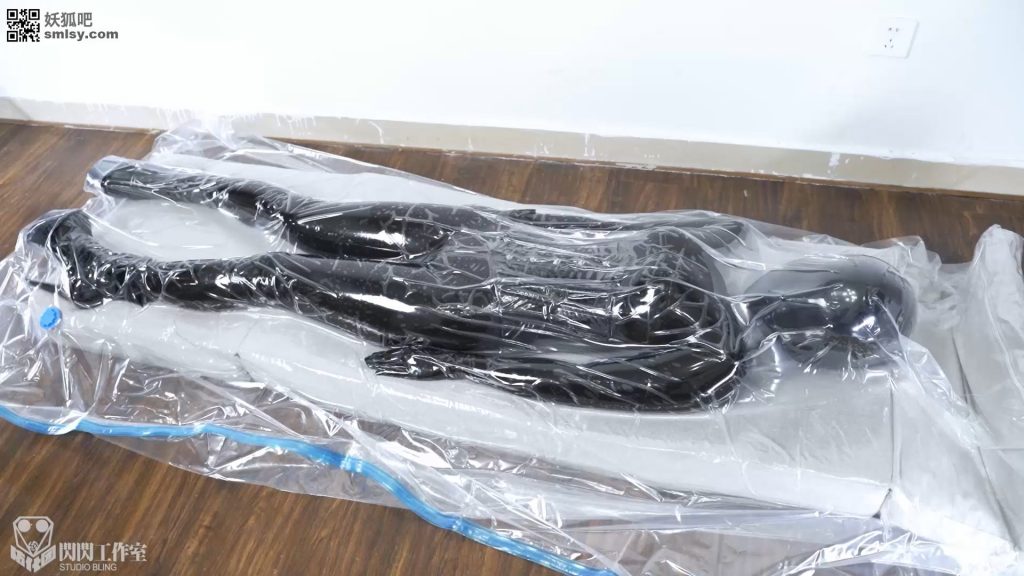 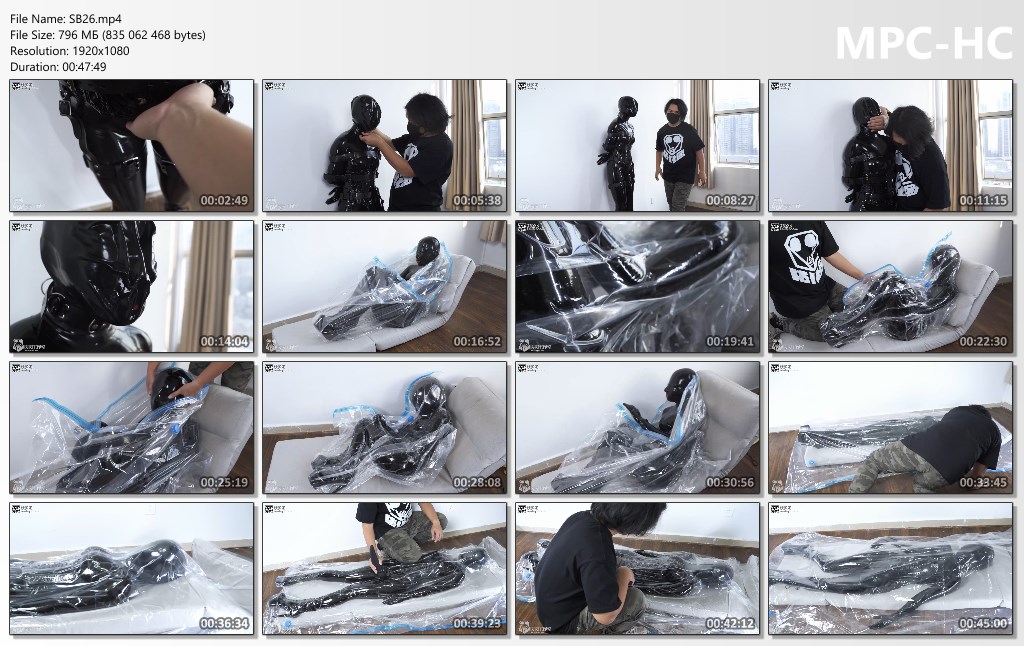 “”As long as the vacuum bag is big enough, I can stay for a long time”? In order to prove whether her statement is true, I immediately went to buy the largest vacuum bag, which is used to pack a large plush doll. It is 2.4 meters long and can hold two KOKOs. Friendly, I have been worried about her body hypothermia while wearing it. Recently, I like this headgear with braces. It is not only fully closed, but also has a nasal tube to fix the breathing hole. The braces restrict pronunciation, and you can play with the tongue wrapped in rubber. Point out again , the mouth part of the headgear is all closed, and the tongue is also a fake tongue. After wearing the BM’s restraint clothing, KOKO twisted slightly in the warm winter sun. I played with her fake tongue lightly and covered her. To remind her to enter the control link immediately, put a latex breathing headgear on her head. The breathing holes of the headgear are intentionally not aligned with the nostrils, so that she can stick to her face when she inhales and watch every hard breath. The air, the tight wrinkles and contours of the latex, the sound of the saliva overflowing from the braces, and the sound of the vibrator made KOKO’s body weak and sat on the ground, but the game has only officially started. Give her a comfortable seat , into a 1.3-meter vacuum bag, KOKO needs to bend her feet slightly to prevent the vacuum bag from sticking to her nostrils when the vacuum bag shrinks, and put her on a black head shell to protect her. This posture is comfortable at first, but when the air is sucked out Finally, due to the heel of the high-heeled shoes, the feet could not be balanced all the time, and the whole body needed strength to maintain the movement. Of course, I did not forget to stimulate her during this process. After two pumps, KOKO made a sound that had never appeared before , like a breathing sound, or a shouting sound, maybe because the braces in the headgear prevented her from making a normal sound. When the sound became like the cry of a baby animal, her body was also weak and she couldn’t keep moving, so she hurried After unpacking and rescuing her, there is a well-prepared extra-large vacuum bag. KOKO just needs to lie comfortably in it, accept the long-term closed whim, and simply put the sofa into the vacuum bag. Compression can also play a restraining role. After KOKO climbed in by herself, the air was quickly sucked away. She lay quietly like a doll inside, and the ups and downs of her abdomen suggested that there was a human girl inside. When she appeared, she was shaking all over and opened the bag. KOKO’s whole body was twitching like an electric shock. After calculating the time, she stayed in the bag for 10 minutes, which broke the studio record. After a period of rest, KOKO recovered, so you don’t need to worry”