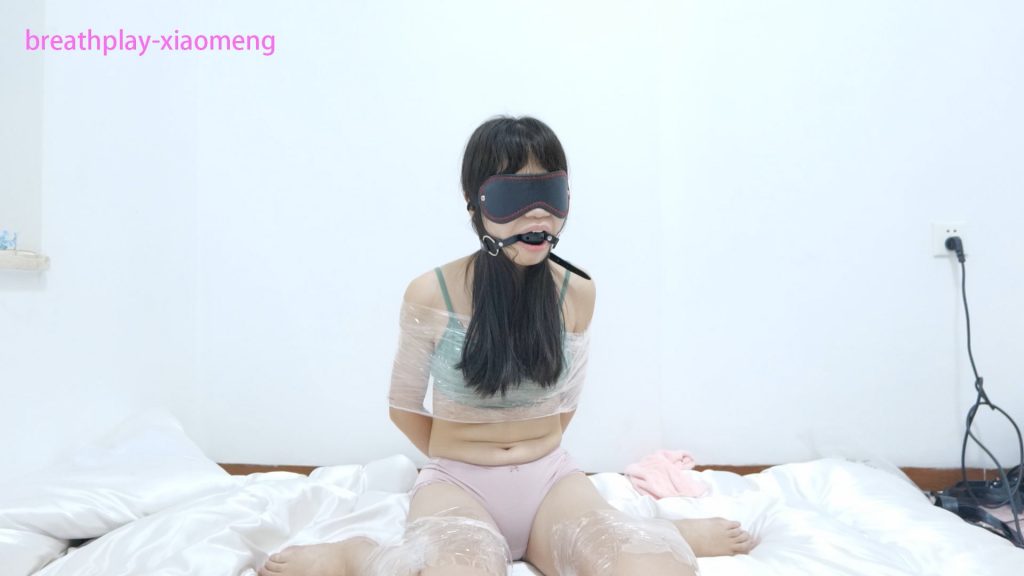 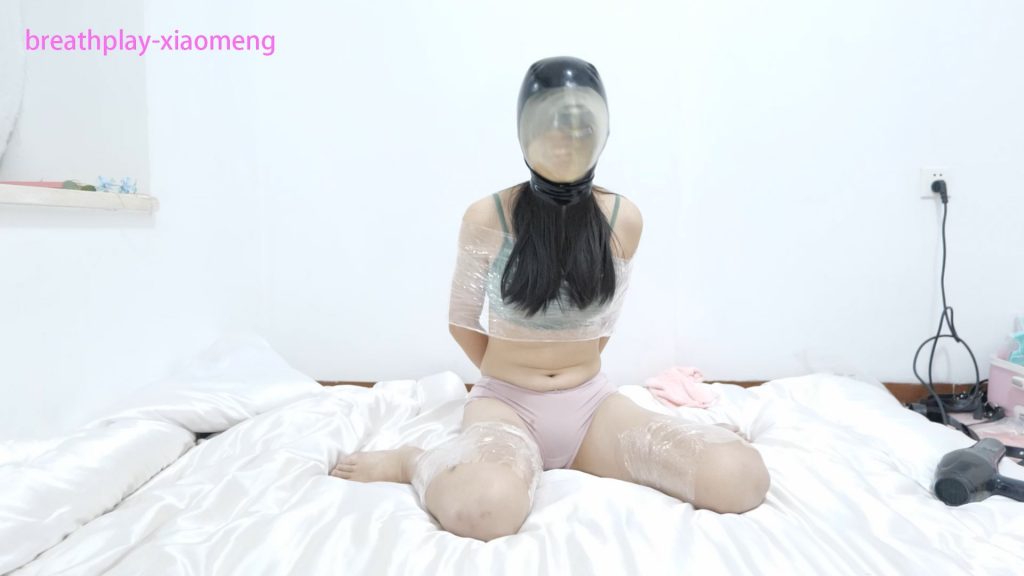 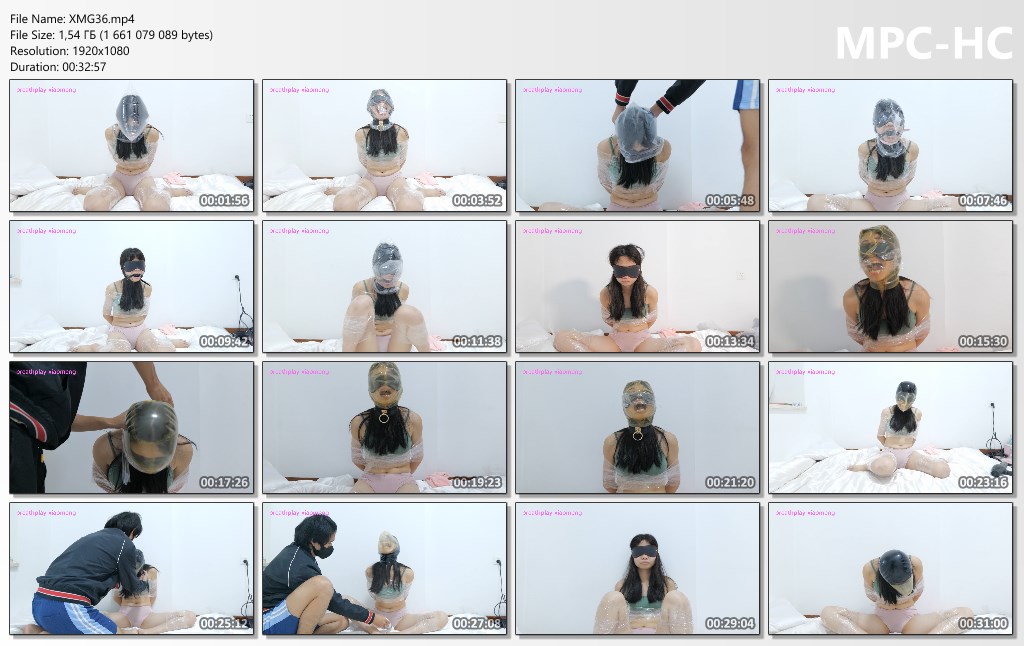 “Xiaomeng was wearing underwear, blindfolded, her chest, arms and legs were wrapped in plastic wrap, and her hands were tied behind her back. Three different items were used to wrap the head. The first was a shrink bag, which I used four times, each time waiting as long as possible before tearing the bag open. The first and second time a black collar was used to seal the bag. For the third time, Xiaomeng had an extra mouth ball in his mouth, and the collar was replaced with a pink one. The last time was similar to the third time, but I finally turned on the hair dryer and used hot air to shrink the shrink bag. The shrinking air cavity made her situation even more difficult. After a short rest, Xiaomeng put on the translucent headgear. The headgear had a small breathing hole, but I then covered it with plastic wrap a total of three times. The headgear has never been lifted, and even put on a collar later, so even if Xiaomeng needs to replenish air between two plugging holes, he can only do it through this small hole. What happened next was even more exciting. I put her on a hood with no breathing holes at all, leaving her with precious air to keep her alive for a minute or two. The first time was relatively gentle so that Xiaomeng could get used to it. The second time I decided to use to reward Xiaomeng with a forced. This process took a long time, and I had to lift the headgear a little bit from the neck a few times to prolong her survival time, and finally she reached the intensity that was quite rare in the past. At this moment, more than 40 minutes have passed since the shooting started, and Xiaomeng is exhausted after. However, the of this video is just getting started. I used the non-porous headgear again, and Xiaomeng finally used up all the energy she had left this time. Soon, her breathing became rapid and shallow and she convulsed slightly. Eventually she stopped breathing after exhaling, and slowly bent forward and collapsed. I quickly took off the hood to save her. Her face and lips were gray. After she recovered, I asked her if she remembered what had happened. “It’s hard,” she said, “and I know it’s useless to breathe because the air in the hood has no oxygen in it, but I can’t control my body and just keep doing the breathing motion. The next thing is Vision dims, stars pop in my eyes, and next thing I know I’m breathing fresh air again, it feels like I’ve just woken up from sleep, but my lungs are still burning and my heart is still pounding Jump straight.””