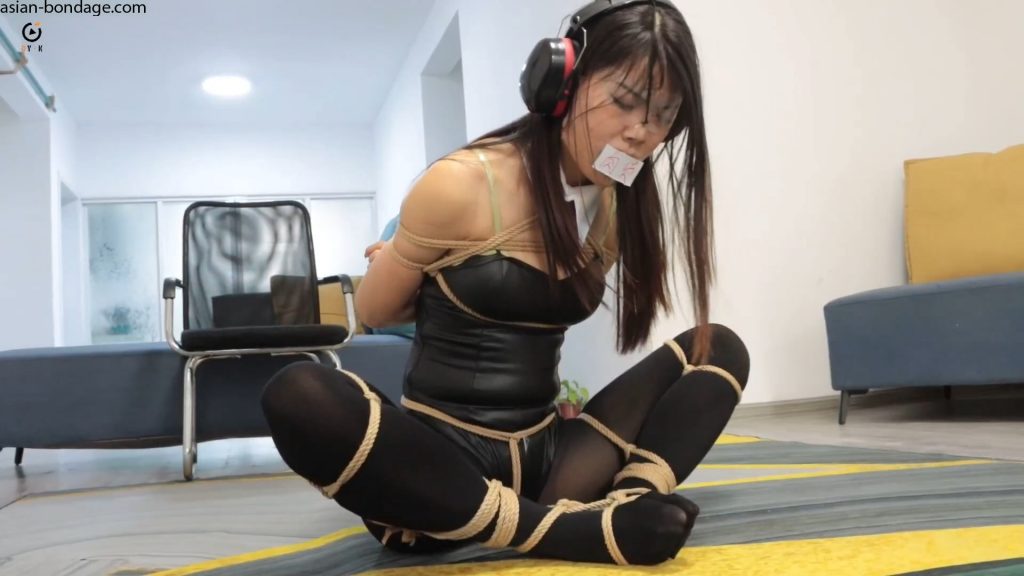 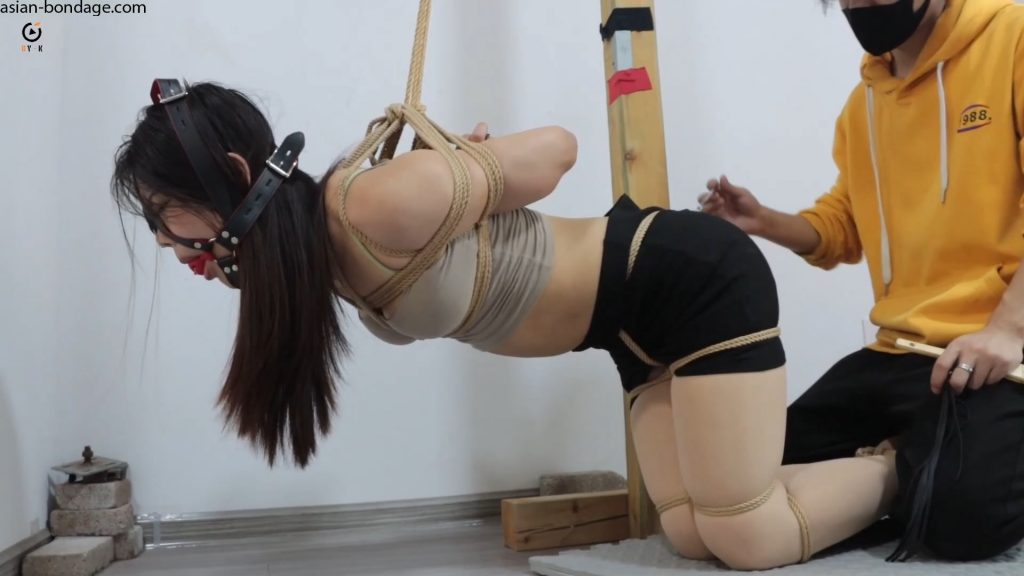 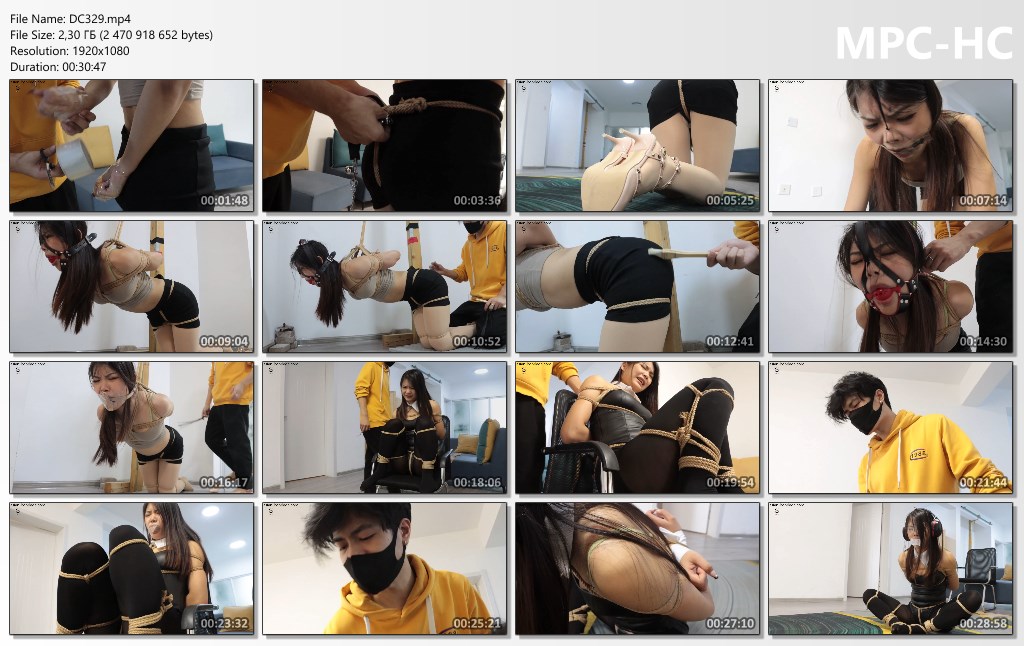 “Model Yuchen interview crisis tells about Xiaoding who fell in love with a company, dressed up very beautifully to participate in the interview, but was threatened by the interviewer, who tied her hands with tape, and then tied the rope to lead her away. Xiao Ding was very uncomfortable being pulled. The interviewer deliberately pulled the rope to make her tired and uncomfortable. Then he hung her up and began to torture her. The harness gagged her mouth, tied her legs and upper body and began to scratch her. Tortured with gears and beaten with a whip, Xiao Ding resisted the whole time, unable to move and could only be tortured to exhaustion. Well, what kind of torture is waiting for her later?

In the last episode, Xiao Ding was whipped, and the male lead took out the original stockings because he felt bored. Xiao Ding kept begging for mercy, but the male lead pinched her nose, stuffed the socks in, and brought another pair of original stockings. Put the tip of the flesh-colored stockings to the nose, the smell is very disgusting to Xiao Ding but he can’t spit it out, the hero continues to scratch her soles, soon Xiao Ding can’t hold it anymore, the hero changes her into a bunny girl’s clothes and prepares to sell her Dropped, Xiaoding was tied up by crab legs, the male protagonist scratched and tortured her during the training camp, then used stockings to gag her mouth with scotch tape, put on nose hooks and earplugs, and wrote meat on her mouth, ready to sell her In the end, her feet were tied together, and Xiao Ding struggled until he had no strength, and finally he couldn’t hold on and fainted.”