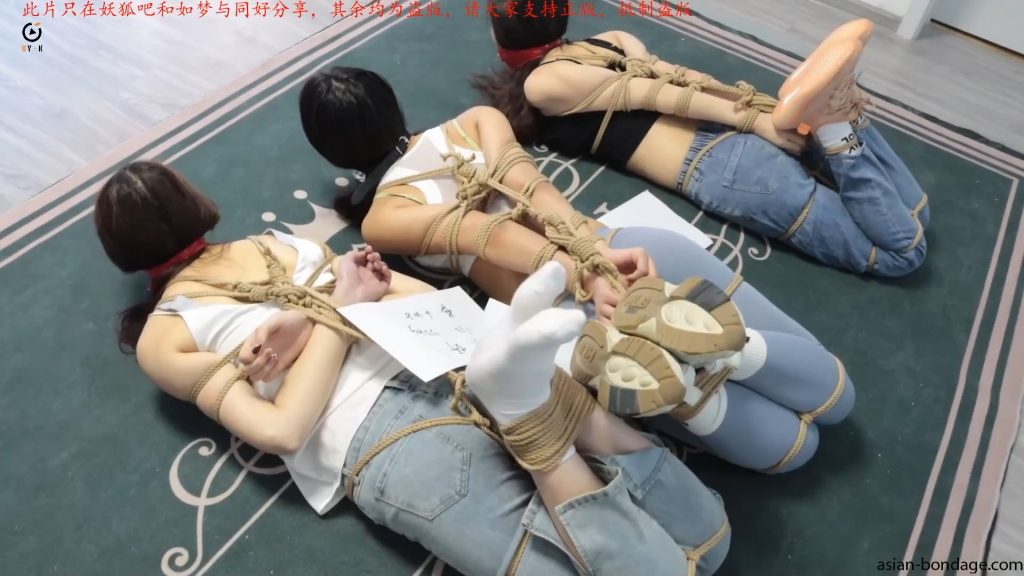 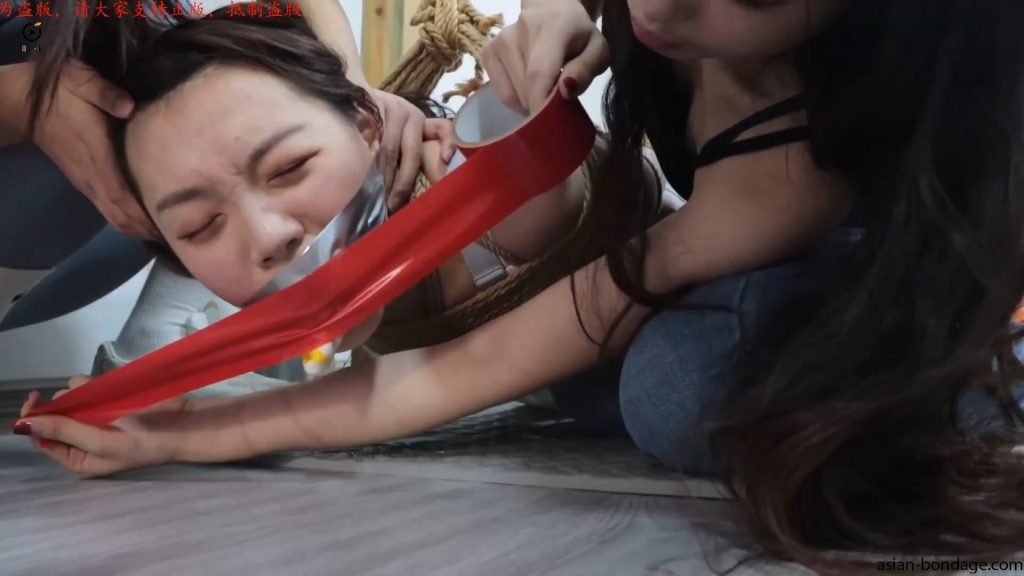 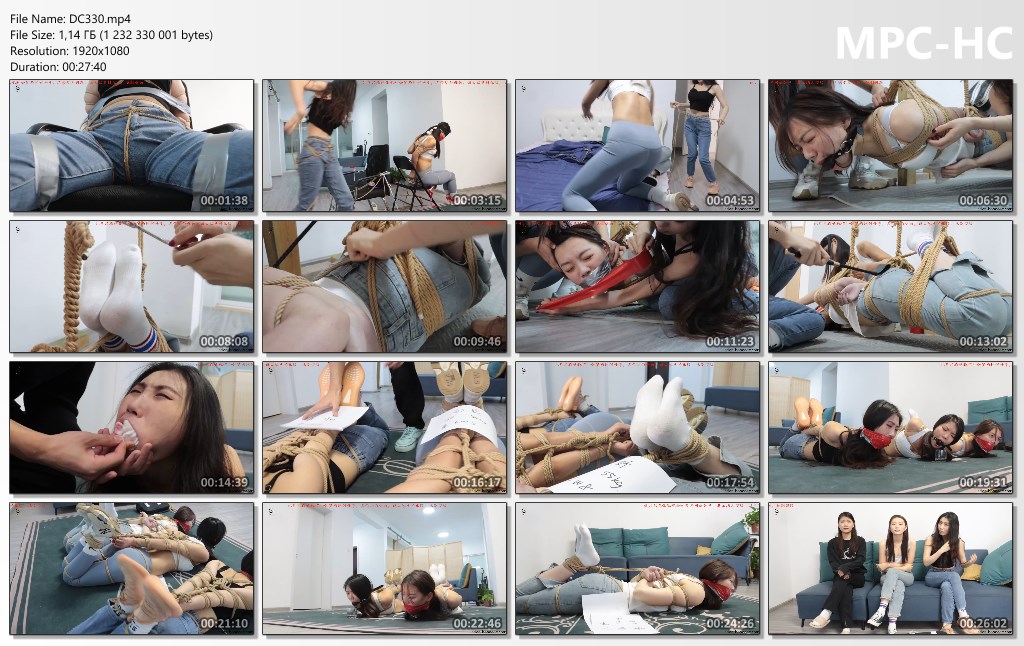 “The plot continued from the first part, and Xiaoyu, who was tired of playing with the second daughter, went to bed. After a while, the dishonest Enke and Yuchen began to struggle and untie the rope on their bodies, but it was not an easy task. Struggling and twisting for a while, Enke untied the rope first, then started to help Yuchen untie the rope, then untied her mouth, tore off the tape, and the second daughter, who broke free, wanted to take revenge on Xiaoyu, so she took The rope came to the bedroom, the two daughters cooperated, one held Xiaoyu, and the other tied her up. After a long struggle, Xiaoyu lost to the second daughter and was tied up, hands and feet were tightly bound, and then Yuchen pinched Xiaoyu. Yu’s cheeks and nose forced her to open her mouth, while Enke stuffed a mouth ball into Xiaoyu’s mouth, preventing her from shouting loudly. After tying and gagging Xiaoyu, the second daughter carried her to the living room, intending to hang her up and play with her! As soon as the camera turned, Xiaoyu was humiliated and tied up and hung in the living room, allowing Enke and Yuchen to play with her but there was nothing he could do! Next, two girls play with one girl, TK, touching breasts, and smelling shoes. I won’t repeat the scene too much. Please enjoy the video. The play was over, and the two girls planned to call the police and leave this place of right and wrong, but when they opened the door, Brother Wolf stood in front of them both with guns in their hands. Order it to kneel down, and then the camera turns. The scene where the three girls are thrown into the same frame by four horses is here. Brother Wolf puts signs on the three of them, with the three girls’ names and three-dimensional heights written on them, and then takes a video to sell it. The second girl can only be terrified. struggle. After a while, Brother Wolf came pushing a cart. First, Enke was loaded onto the cart and transported away, followed by Yuchen, and then Xiaoyu. Same fate. The story ends and there is an interview at the end of the credits.”