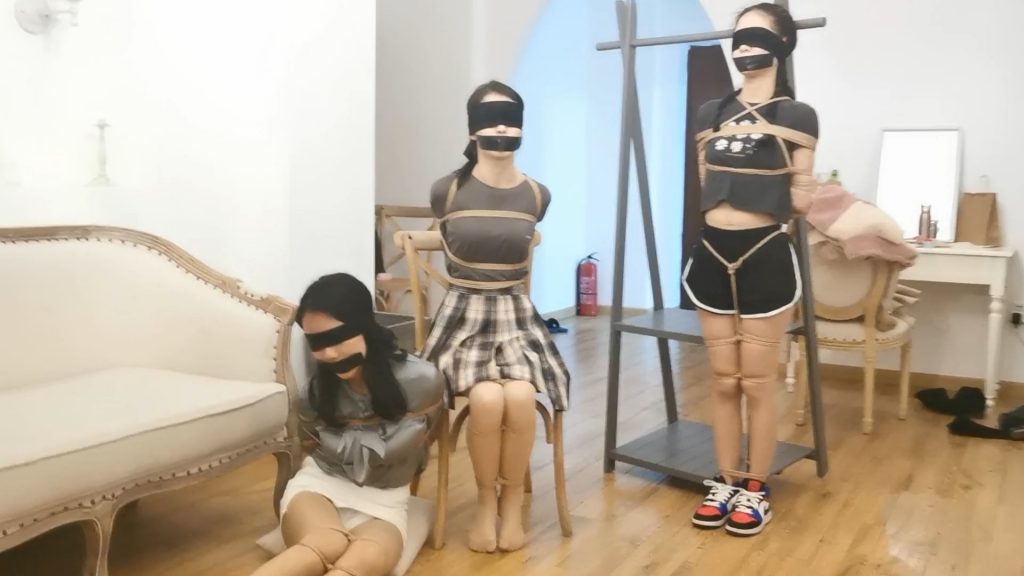 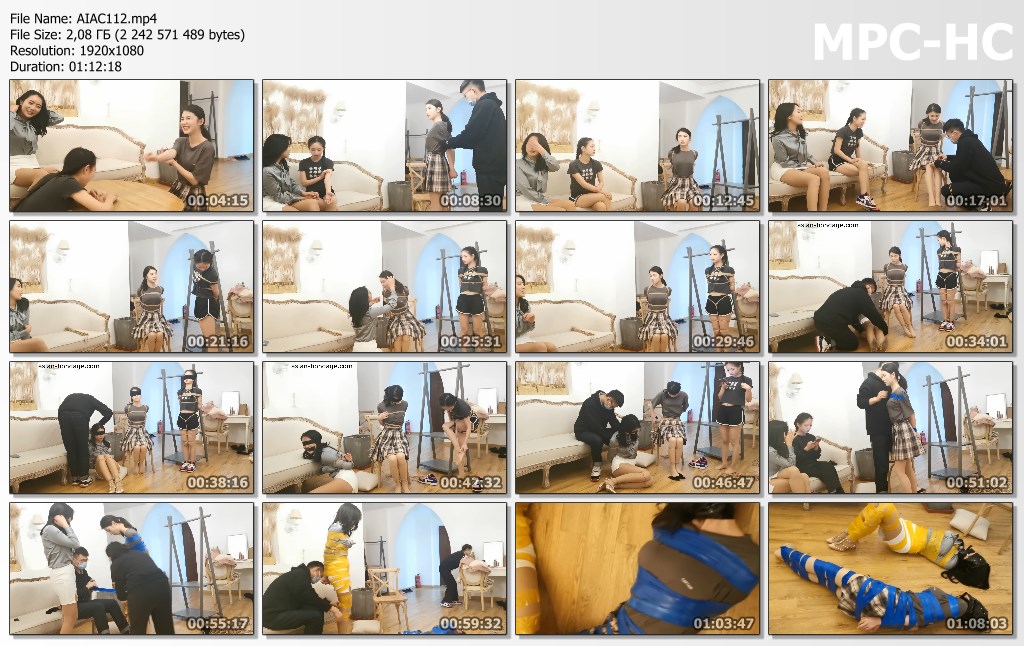 “Level 1: Wrist-wrestling competition Three girls take turns to compare their strengths. You must use your best during the game and cannot waive . After three games: The full winner with the strongest strength can first choose his own binding method, and among the three, he can enjoy the preferential treatment of being tied up at the latest and loosed first, and scored 3 points, one win, one loser, and second. One chooses his own binding method, the second of the three accepts the binding, the second is loosened and earns 1 point. The loser with the least strength can only choose the remaining binding methods, and the first among the three The penalty for being tied up and loosened at the latest, and no points are awarded. Level 2: Break free from the competition. Start to tie up three girls, and determine the order of the tie based on the result of breaking the wrist. After all three of them were tied up, gagged and blindfolded, the break free game officially started. Timed for 5 minutes. The three girls must break free from all their shackles within 5 minutes, and they must first break free from their body restraints before they can break their mouths. And the shackles of the eyes: The fastest to break away from all the restraints get 3 points, the second fastest to get away 1 point, the slowest to break away or those who fail to break free within 5 minutes will not score, and they will enter the penalty level. After the break free competition is over, the rope master helps the remaining girls who have not broken free from the bondage. Also, according to the results of the wrist-wrestling competition, the order of unties is the opposite of the order of bondage. After all the unties are completed, the level ends. Penalty level: Before starting the penalty level, the total points of the first two levels are calculated. The highest points will be rewarded with 200 yuan in cash, the second point will be rewarded with 100 yuan in cash, and the third point will cost 50 yuan. The last one in the second stage and all the girls who failed to break free within 5 minutes enter the punishment stage. The binding order of the punishment game is the same as the second level. The binding is still in accordance with the ranking of the wrist-wrestling competition. The binding method is used to bind and struggle for about 5 minutes, and then let the rope master to loosen the binding. The loosening order is the opposite of the binding order. ,game over”