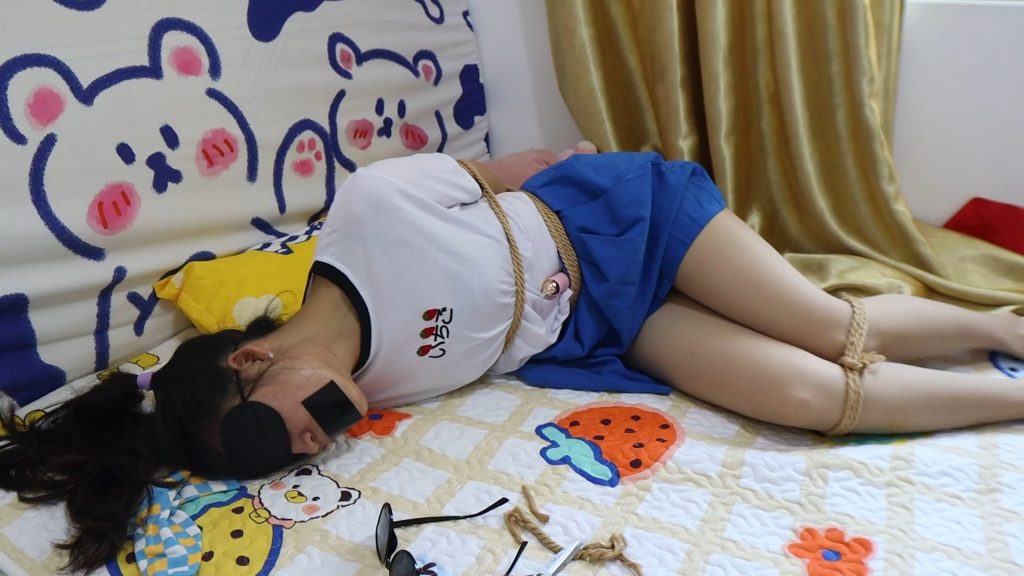 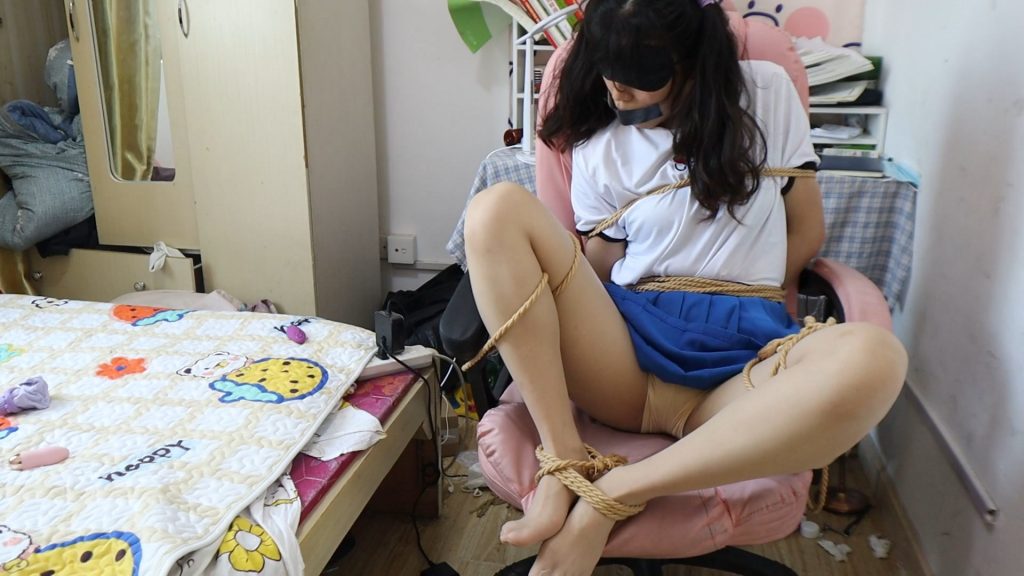 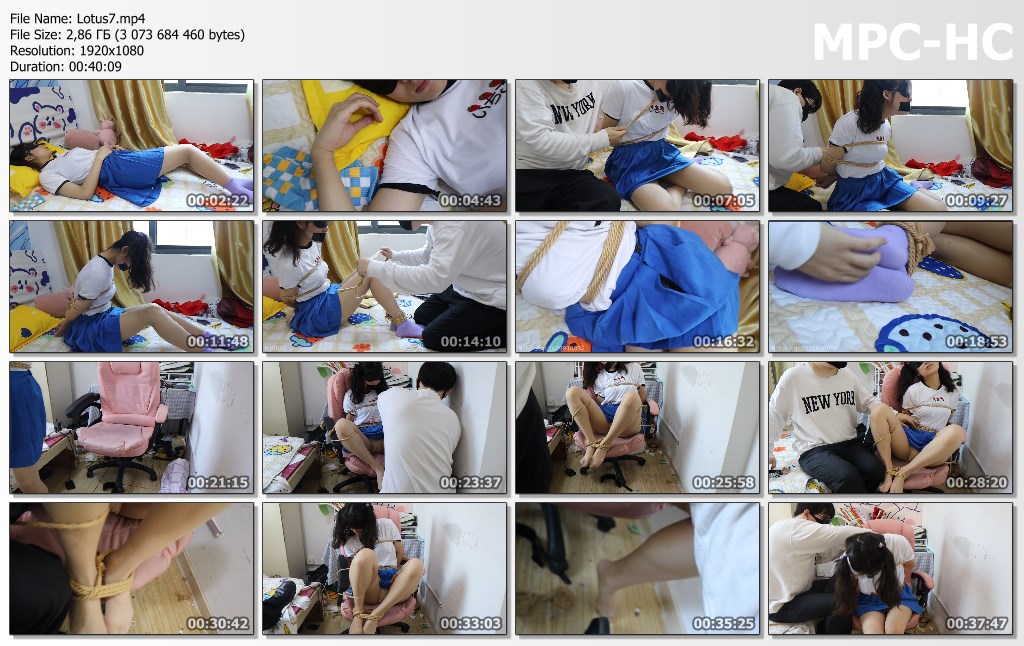 “A girl (Xiao Ling) living alone in pajamas was touched by a boy because she did not lock the door. She saw a girl in pajamas sleeping on the bed. First of all, she wanted to tie the girl up first. At first I put silk stockings in her mouth, and the tape on her mouth didn’t wake up yet. She quietly helped the girl in her sleep and began to tie her up. The girl also woke up from her sleep and began to struggle wildly but With socks stuffed in his mouth, I couldn’t yell out. I could only make a humming sound to show my resistance. I was quickly tied up, and even my knees and ankles were tied up fiercely, watching The girl who was tightly tied up by her side began to stretch the magical grasp towards the girl and touch her little feet in purple socks. The girl was very sensitive and she must have retracted. She felt super ticklish when she touched the soles of her feet. It aroused the interest of the thief and began to bully the helpless girl fiercely. The girl also struggled desperately to resist, but the tied girl couldn’t run away. She could only be bullied and then took off the tied girl’s purple cotton. The socks showed silky fleshy feet and continued to bully, and directly tied the girl to the chair. Two legs were tied to the armrest and the two silky feet were tied together. He was ordered not to put the feet down, and hit every time he put them down Once, scratching every part of this tied body, the girl was bullied and begged for mercy, but the thief still did not let her go, and asked the girl to put her tongue out with her mouth. The girl had no choice but to obediently do it, and then cut the meat. Putting her little feet on her legs continued to bully. The girl struggled and cried and tried to get rid of it to no avail. Finally, she let go of the ticklish poor girl until she knew that the boy was satisfied enough.”