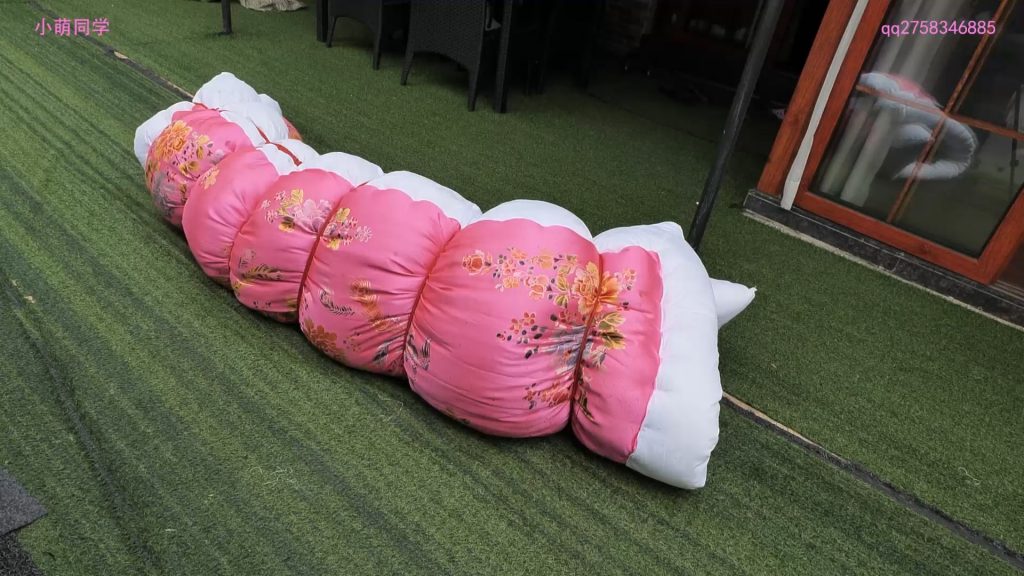 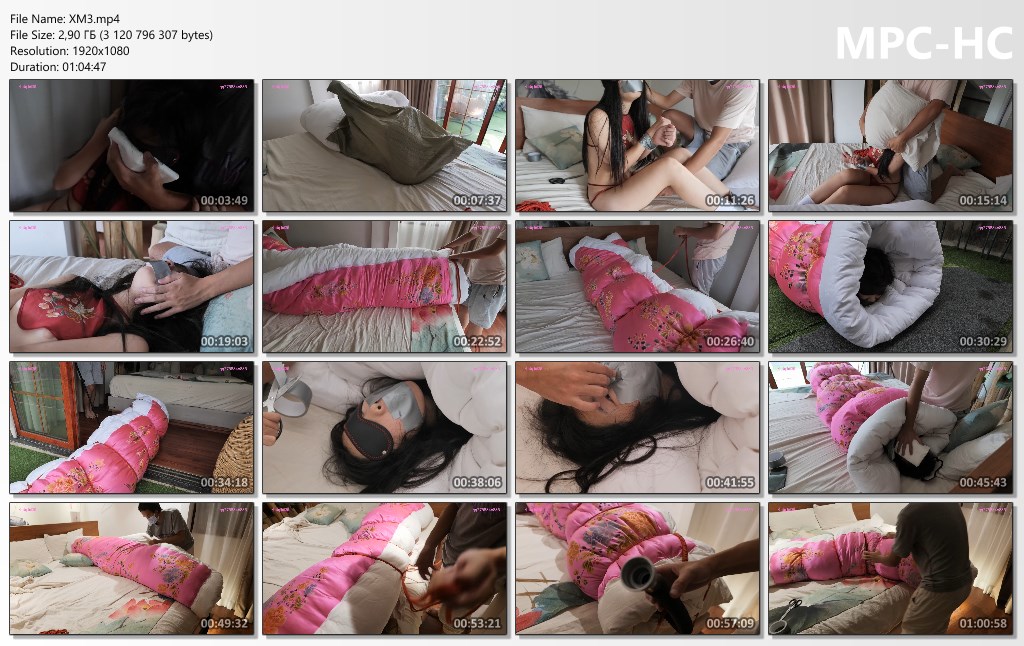 “Xiaomeng is a little boring at home wearing house clothes during her holiday, and she wants to play self-restraint on a whim. Xiaomeng stood by the bed and slowly took off all her clothes, revealing the red sexy underwear inside, wearing white cotton socks, and just after sealing her mouth with wide silver tape, she heard a rush of footsteps. Xiaomeng knew that a bad person had entered the room, so he hurriedly hid in the corner behind the curtains in the room and was completely afraid to make a sound. While looking for Xiaomeng, the gangster poured half of the drug in the bottle onto a thick towel. Finally Xiaomeng When the gangster found her mouth and nose tightly covered with a drugged towel, Xiaomeng was choked and coughed, desperately trying to break the gangster’s hand, but her body slowly weakened under the influence of the drug, and the gangster hugged Xiaomeng to her. On the bed, I poured some potion on the towel, peeled off the tape, and covered his nose and mouth for a while. Xiao Meng completely lost consciousness. The gangster took off the white cotton socks on Xiao Meng’s feet and plugged his mouth with silver tape. Xiaomeng woke up already in the sack on the bed, kicking her legs frantically, trying to get out of her sleep, but she never got her wish. The gangster stepped forward to open the sack, and got out Xiaomeng, who had been bound by tape with his hands and feet and the tape sealed his mouth. The gangster then stuffed the little toy in Xiaomene’s sensitive area to force the GC, teasing for a while, and covering it with a pillow [indescribable] Xiaomeng, untie Xiaomeng’s tape-bound hands, take out the rope she carries, and wrap Xiaomeng tightly with the bright pink silk quilt on the bed. Wearing white cotton socks, her mouth is still sealed by the tape, and finally the cotton The wrapped Xiao Meng got out of bed and dragged it outdoors roughly. The camera switched to an outdoor venue, Xiao Meng who was tightly wrapped in a quilt with tape to seal his mouth, only his head was slightly exposed outside the quilt, and was forced to bask in the sun on a chair outside by the gangster. At this time, the gangster ordered Xiao Meng to stand up and twist slowly. After moving back to the room and waiting to return to the bed, the gangster asked for money and asked Xiaomeng for the bank card password, but Xiaomeng couldn’t follow it. The gangster used a pillow to try to get Xiaomeng to say the bank card password. Then the gangster poured some medicine on the towel again, and she fainted Xiao Meng. After getting the money, the gangster returned to the room and wanted to use a full quilt to get rid of Xiaomeng, and deal with everything cleanly and hygienically. The last section of the quilt is all covered, Xiaomeng’s head and feet are completely sealed from outside the quilt, and the breathing tube can be used to ensure breathing. During the period, the GC can still be forced to keep Xiaomeng rolling on the bed. Squirming kicks, struggling violently, releasing it after a period of time, gradually, the struggling is getting stronger and stronger, and finally calmed down after a period of violent struggling, the gang opened the quilt on the head and face to check the breath, and finally covered the face with the quilt The end of leaving the room.”