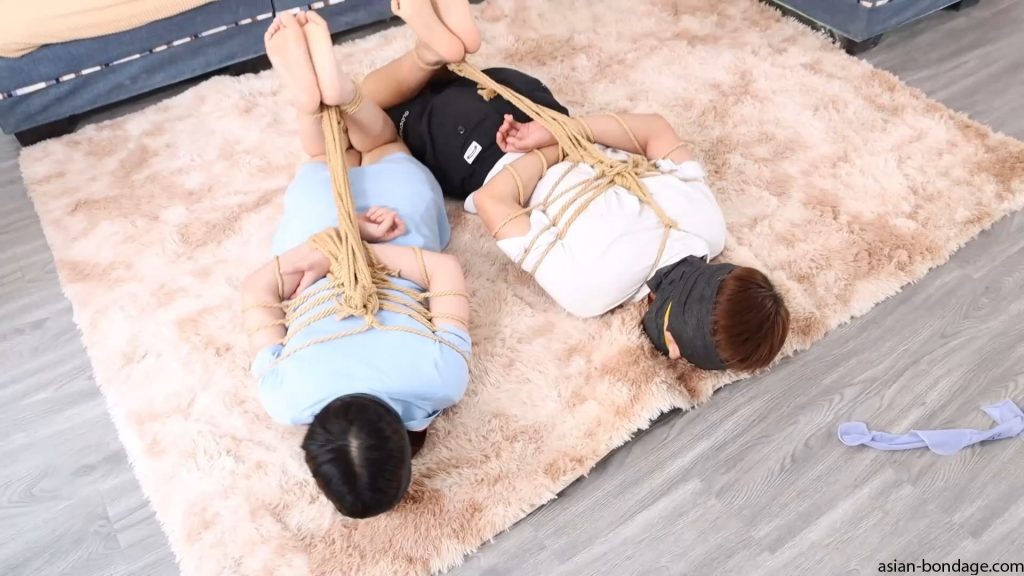 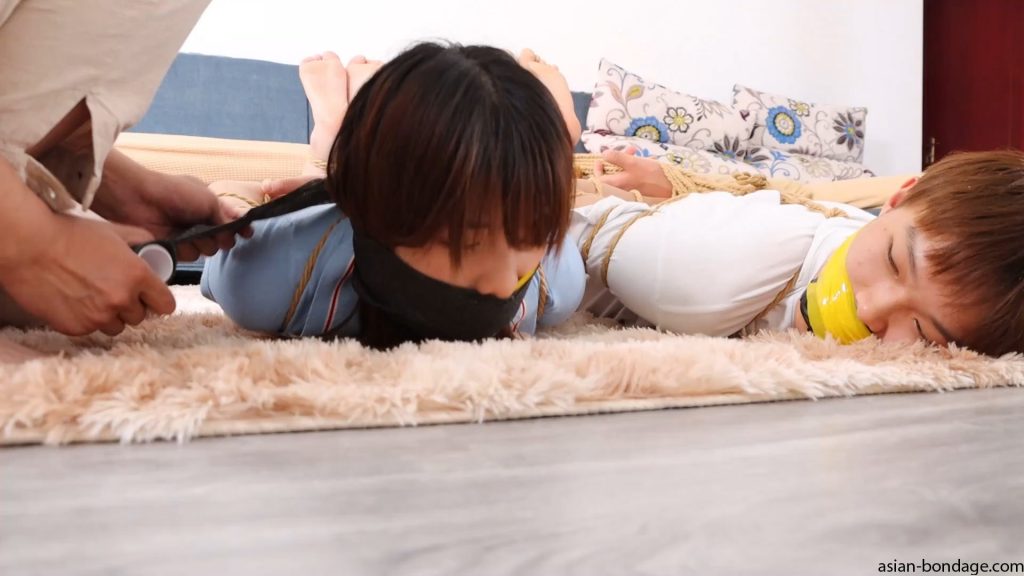 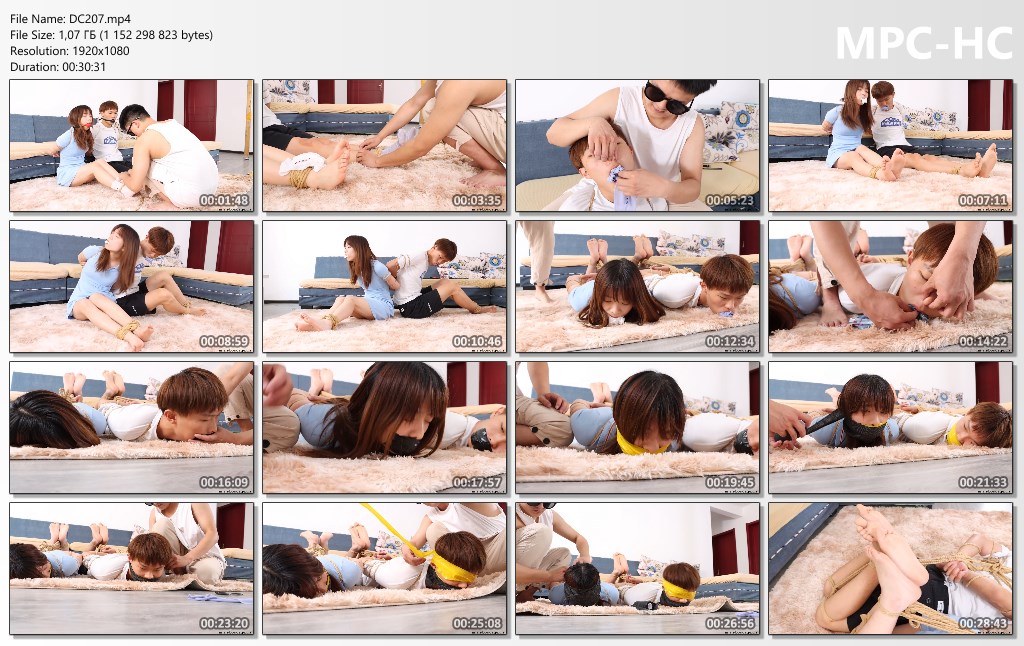 “The girl and her boyfriend were robbed by robbers at home. The robbers simply tied their hands and feet, took off the gag balls in their mouths, took off the nylon stockings they were wearing on their feet and stuffed them into their mouths, and then continued to go to the house. Search for belongings. The couple tried to twist their bodies and struggled, and tried to untie each other’s ropes back to back, but after struggling for a while, they were unfortunately found by the robbers who came out of the house. The angry robbers tied the couple’s horses and placed them on the ground in front of the sofa, and said that they should change something to gag their mouths. After pulling out the original nylon stockings in the couple’s mouth, they stuffed two silk scarves into their mouths respectively. Cut 5 seals from the tape, and then wrap the two mouths with yellow tape and black elastic self-adhesive bandages multiple times. The robber took the phone to take pictures of the couple as a prank and deliberately showed them to humiliate them. The couple glared at the robber in shame and anger. The robber dared to stare at me when he saw it. The eyes of the couple entwined many times, depriving them of their vision, and then the robber left with the stolen property contentedly. The two of them struggled desperately in the dark, but to no avail, they could only reduce the extent of their struggles and wait patiently for rescue.”