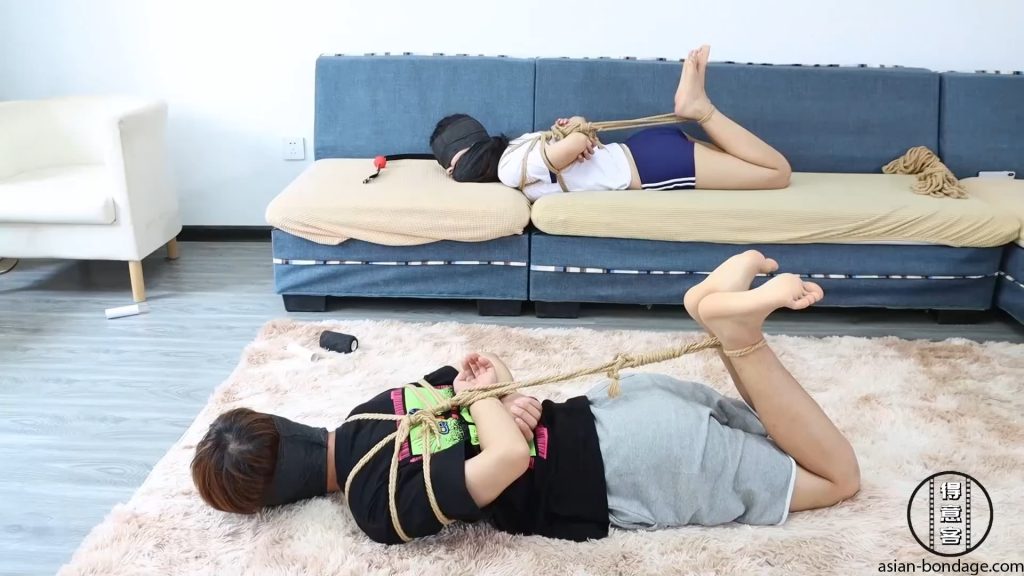 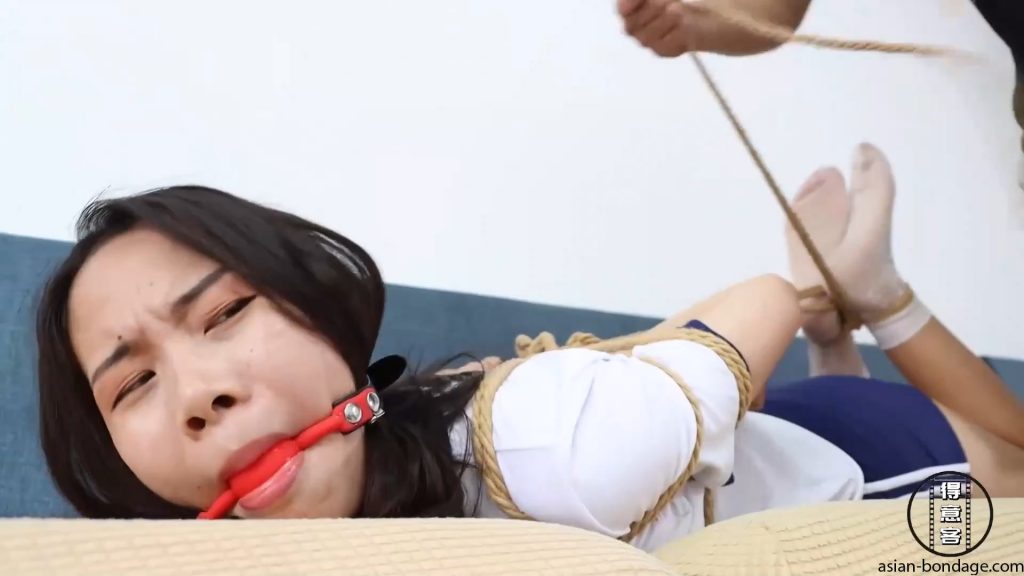 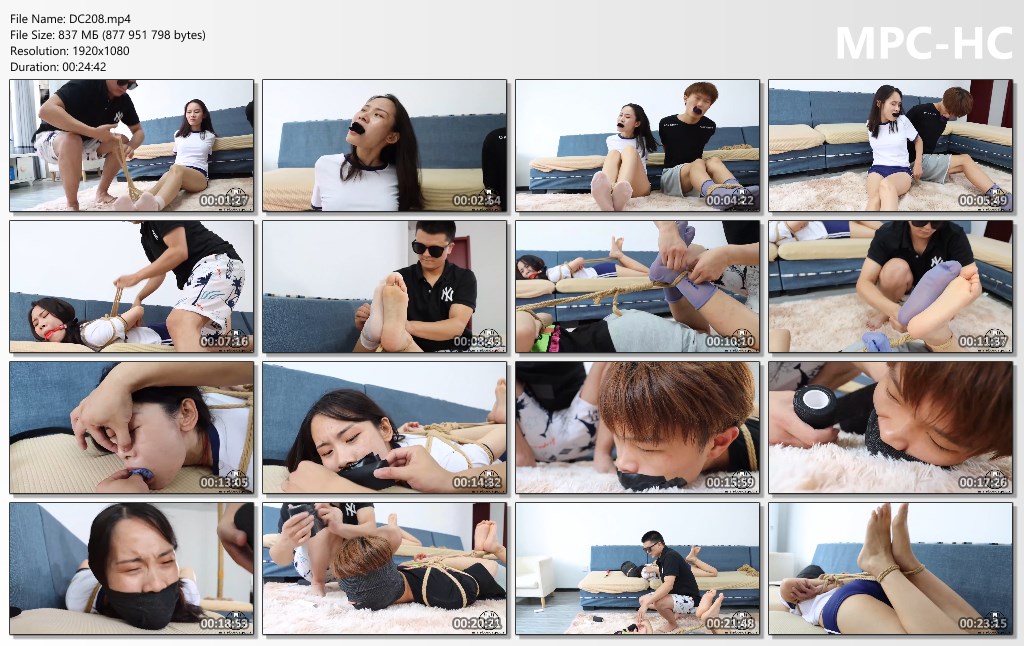 “Plot: A young girl and her boyfriend were robbed at home. The robbers simply tied their hands and feet, then took two pairs of original underwear and stuffed them into the couple’s mouths, and then went to the house to rummage for their belongings. The two of them sat on the ground and struggled, leaning against each other to release the rope. After a while, the girl took the lead to break free and planned to untie it for her boyfriend. Unexpectedly, the robber came out of the house after finding the belongings. The robbers re-tied the unfortunate couple into a five-colored tie and horse posture, placed the girl on the sofa, and placed the girl’s boyfriend on the ground on one side of the sofa. In order to further humiliate the two, the robber took off the girl’s feet respectively. A pair of white nylon stockings and a pair of blue nylon stockings worn on the feet of the girl’s boyfriend, the two pairs of original nylon stockings were exchanged and stuffed into the couple’s mouth, making them miserable, and then the robbers used black wide tape to separate the two Seal the mouth with 5 sheets, and wrap it with a black self-adhesive bandage 5 times to seal it tightly. The girl and her boyfriend glared at the robber to vent their dissatisfaction. The robber dared to stare at me at first sight, so they wrapped their eyes tightly with black self-adhesive bandages, and then left with the stolen property. The couple twisted and struggled hard in the dark, but it was all in vain, they could only hum and wait for rescue.”