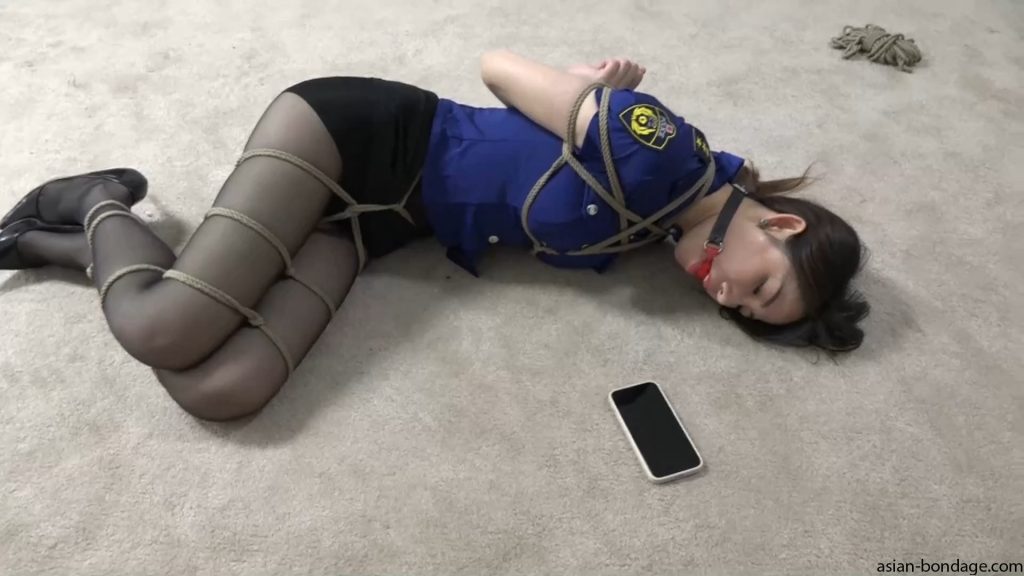 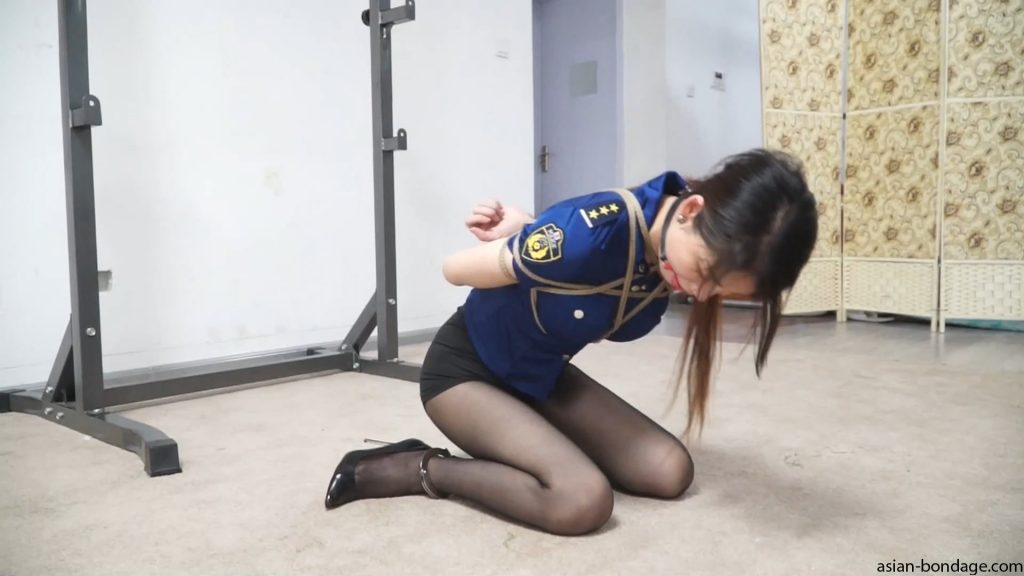 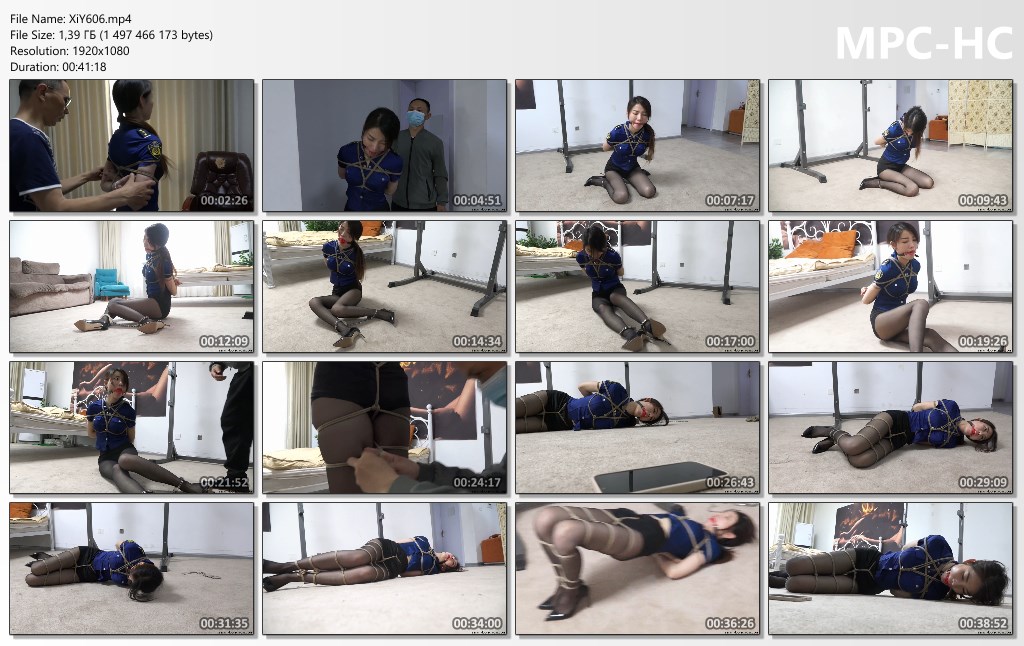 “Chapter 1 Liu Xiaomeng (the heroine) is a criminal police captain, because there have been frequent cases of women being kidnapped in S city recently, and she has also successfully solved many similar cases. She can be said to be very experienced in kidnapping cases. So he was sent to S City to help solve the case. On this day, because he could not solve the case for a long time, he was in a state of high concentration. He is putting his beautiful black legs on the desk and closing his eyes. At this moment, the door of the office was suddenly opened, and when the male police officer saw his somewhat presumptuous action, he couldn’t help feeling a little annoyed, and said with an unpleasant expression, “Why are you so panicked, you came in without even knocking on the door? “Aze (pseudonym) is the partner assigned to Liu Xiaomeng to work with. After getting along for a few days, Liu Xiaomeng has always been a woman with outstanding ability and outstanding appearance in her heart. Seeing her attractive black silk legs for a while, I didn’t expect the goddess in my heart to have such a lovely side, so I couldn’t help but take a look. Facing her questioning, Aze simply explained the situation to her. It turned out that when Liu Xiaomeng came to S City, he quickly locked the target and sent someone to follow the target at any time. Sure enough, when the gangsters were preparing to take action on this day and the personnel who were following them were about to arrest the gangsters, they did not expect that the gangsters were very experienced and soon took the hostages, and the hostages suffered from a sudden asthma attack. In order to rescue the hostages, the gangsters need a female police officer to replace the hostages. After simply learning about the situation, Liu Xiaomeng frowned slightly, and after thinking about it, she decided to take the hostage in exchange for the woman’s safety. A Ze never thought that she would put forward such a condition, but she agreed with her determined expression. At the same time, I was very excited. I didn’t expect that I would be able to tie up the big beauty beside me, and I was excited when I thought of her helpless and helpless appearance in a police uniform. It seems to be off topic. Because of the difficulty of shooting, I went directly to the scene where the gangster took the female captain away. Liu Xiaomeng was escorted into the living room by the bandits, pressed her to kneel on the ground, pinched her delicate face and said, “Aren’t you trying to arrest me, now I’m in front of you, it’s a pity that even you It fell into my hands, do you think I don’t know your plans? The kid I deliberately sought to kidnap was someone with asthma. The ultimate goal is you. You are so pretty, and it seems that you are dressed up for you. Dress up.” (It seems that he is still a very intelligent kidnapper, I don’t know how the protagonist will escape the tiger’s den and successfully arrest the kidnappers/laughing) At this time, Liu Xiaomeng guessed that she had fallen into the trap of the bandits, but At this time, she was already tightly bound and could only struggle helplessly.

Liu Xiaomeng was tied up tightly, when the bandits came in again. The gangster was still uneasy about tying her up, and then brought a rope to untie the shackles on her legs. Wearing a mouth ball, Liu Xiaomeng said with difficulty: “What are you going to do, I advise you to surrender as soon as possible!” The gangster: “Just be honest with me, or I can’t guarantee your safety.” After removing the shackles, she helped her stand up, and wrapped the rope around her legs back and forth. After binding, Liu Xiaomeng’s two legs were tightly bound together, so that she could not keep her balance and almost fell. The bandit helped her. Let her continue to lie down. In fact, I didn’t expect this phone to shoot like this, and the details are a bit bad. And Liu Xiaomeng, who was struggling on the ground, was thinking about how to untangle the rope tied to her body, lying on the ground and twisting constantly. The bandits who are so tightly bound do not know when they will come back. What should I do? Suddenly she saw a mobile phone not far away from her, and she couldn’t help but see a glimmer of hope in her heart. Now we have to hurry up and move to the front of the phone, and the gangsters don’t know when they will come back. I saw hope that Liu Xiaomeng was trying hard to wriggle her body, but she was tightly bound, although the phone was not far from her at the moment, but it seemed so far away, and it was difficult to move her body, but she could only move each time. So a little distance, and soon the body will be soaked with sweat. At this moment, she was very anxious in her heart, if she didn’t hurry up, the bandits would come back. She started to move faster. Finally, with her efforts, she successfully moved to the side of the phone, Liu Xiaomeng couldn’t help but breathe a sigh of relief. However, with his hands tied behind his back, it was still very difficult to move around. After another effort, he successfully took the phone in his hand and sent a text message with his only movable fingers. (Everyone can guess who she sent the message to) Seeing that the message was successfully sent, her dangling heart finally relaxed, but fortunately the gangster did not come back. Just after she sent a text message, the gangster suddenly came in. Seeing Liu Xiaomeng’s small movements, she said angrily, “It’s not honest to be tied up like this, isn’t it? It seems that you have to be tied so that you can’t move to be honest.” Seeing the gangster returning, Liu Xiaomeng’s eyes leaked. A little frightened”