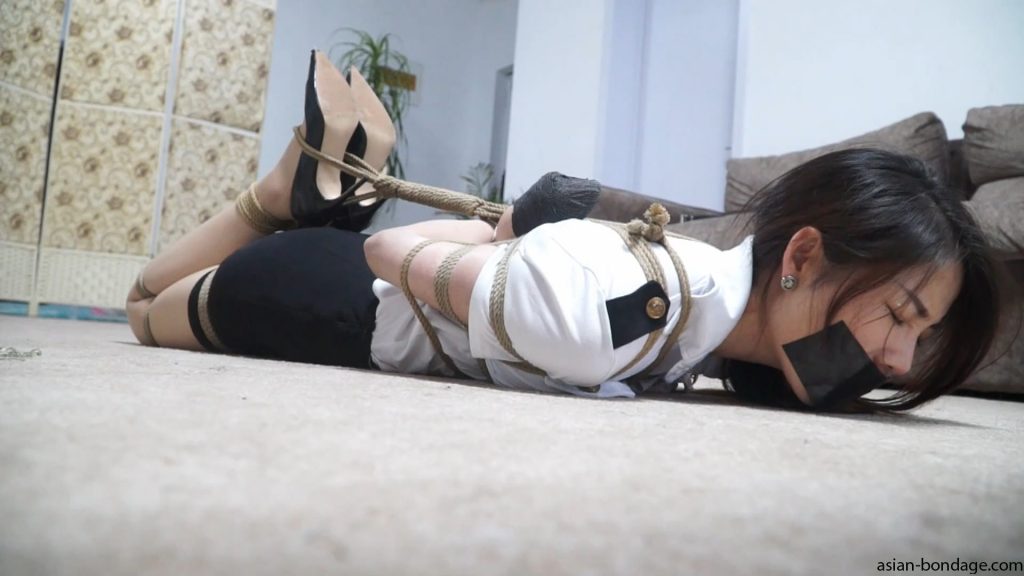 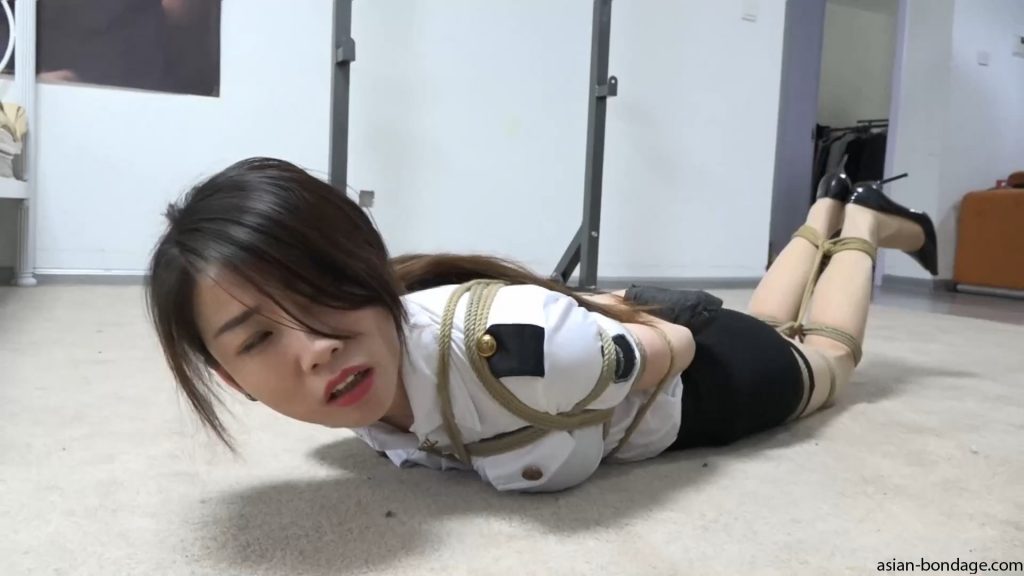 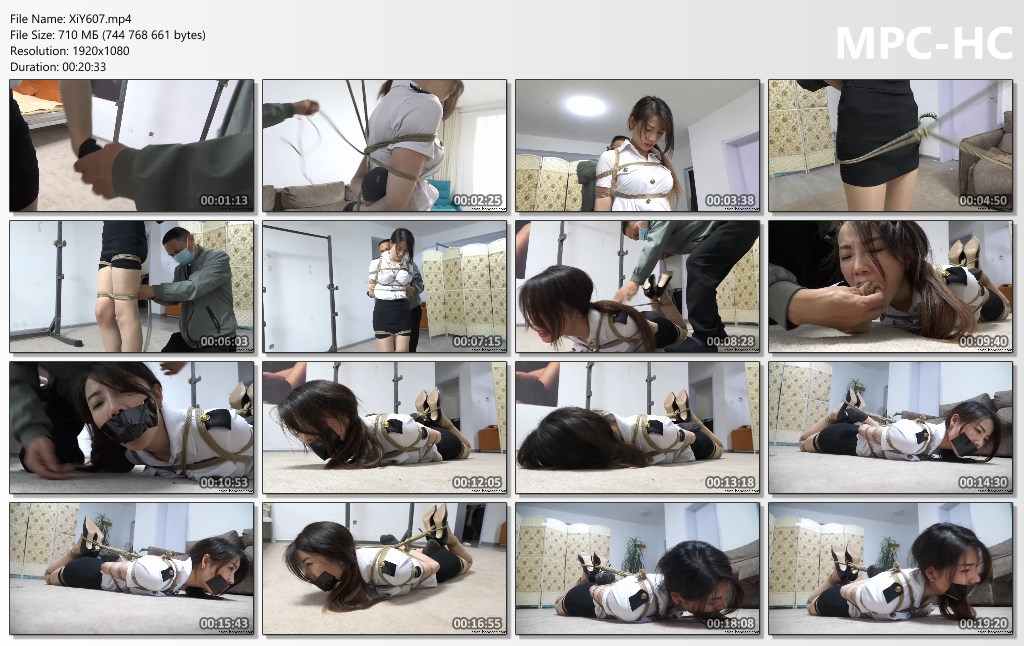 “Just when Liu Xiaomeng felt a little joy in his heart, the gangster came back and saw Liu Xiaomeng’s little actions Furious: “It’s not honest to be tied up, so don’t blame me.” Then the bandit untied the restraints on her body. Because she was tied for too long, her whole body could hardly exert any strength, and her hands and feet were almost numb. Even if the ropes of the body are untied, there is no room for resistance. (I changed the clothes here, because if it is still the same set, it may cause visual fatigue. I think these black high heels are not very good-looking and want to change to white ones, but something funny happened on the way. The gangster first wrapped her palms with gauze to prevent her from undoing the ropes, and then tied her upper body and legs tightly. Liu Xiaomeng lost the right to move again. The gangsters were still uneasy and helped her to lie on the ground, then took the rope through the middle of her legs and passed the rope behind her back, and lifted her body forcefully. As her body was pulled back by the bandit, Liu Xiaomeng felt a strong pain coming from behind, and she cried out loudly. She didn’t give up until her legs were close to her hips and her body couldn’t pull her back, and she quickly tied her horse. In order to prevent her from yelling, the gangster took out a pair of stockings again and slowly stuffed them into her mouth, affixing tape to prevent the stockings from being pushed out of the mouth. After doing this, the gangster left. When he left, he glanced at his mobile phone, as if he understood something, and gave a weird smile. As for Liu Xiaomeng, who was lying in the living room, a pair of stockings filled her cherry mouth, preventing her from making a sound. The tight binding of her body made her very uncomfortable. Her hands and feet were tightly bound, and she kept struggling to loosen the rope, but the rope seemed to be growing on her body, no matter how hard she struggled, there was no feeling of loosening at all. The only fingers she could rely on were also wrapped, and the tight binding made her feel hopeless.”