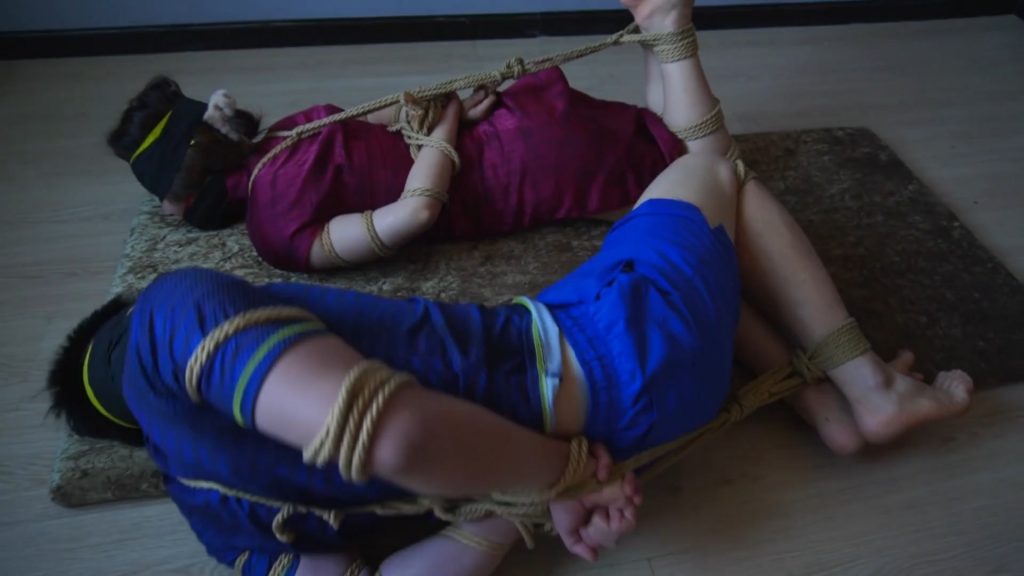 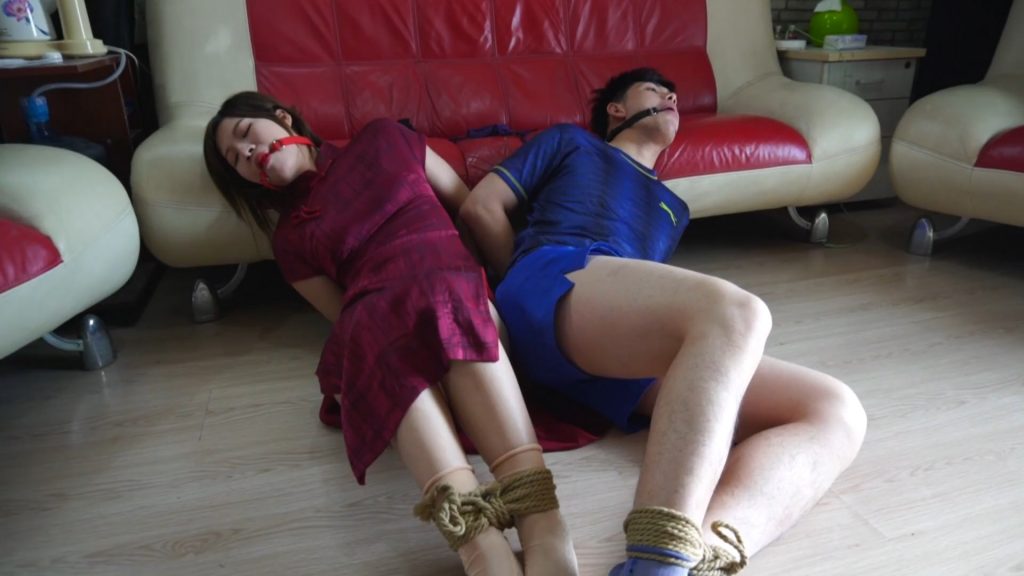 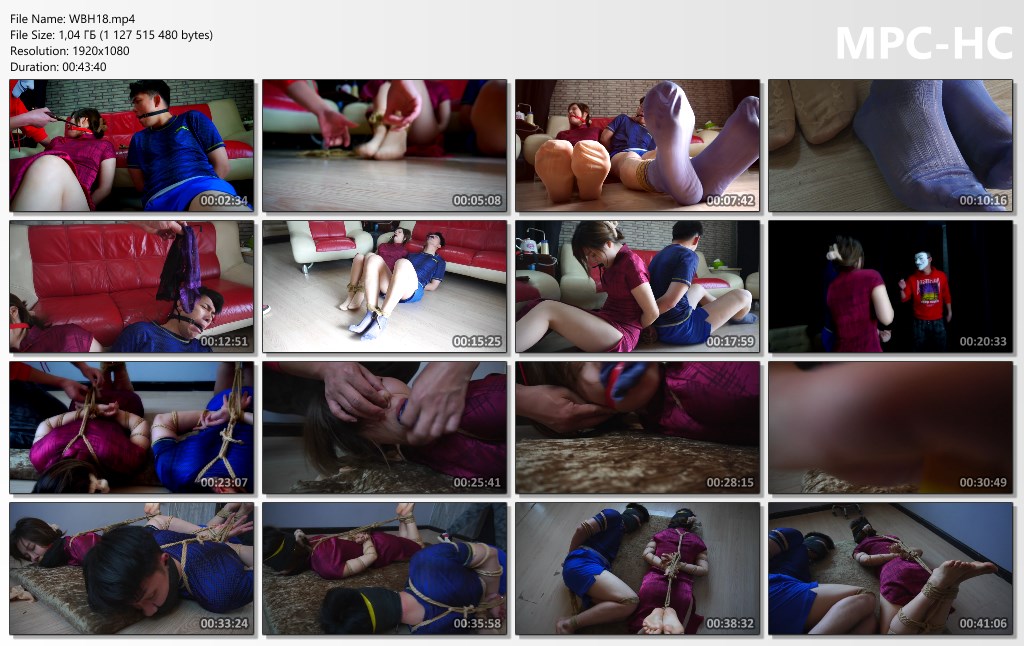 “Plot: The couple was robbed and bound at home by the robbers. The robbers took two underwear and stuffed them into their mouths. Fortunately, the two were less tied up. . The robbers tied the upper body of the male and female couples with five flowers, and tied their legs and ankles together for several times. On this basis, they tied the two horses and placed them in place. After entering the mouth of the two, the couple was miserable. Then, the robbers wrapped red tape, yellow tape, and black self-adhesive bandages to seal their mouths, so that the couple could only make a faint and dull whimper. The robber took a few pictures of the two of them, and deliberately showed them to humiliate them. The angry couple glared at the robber, and the robber wrapped the eyes with yellow tape and black self-adhesive bandages, in order to retaliate against the female model. Chen also scratched her feet as a prank, causing her to whine in anger. The robbers left with the stolen property, leaving Kang Xing Xiaochen, a man and a woman, a couple, twisting and struggling helplessly in the dark.”