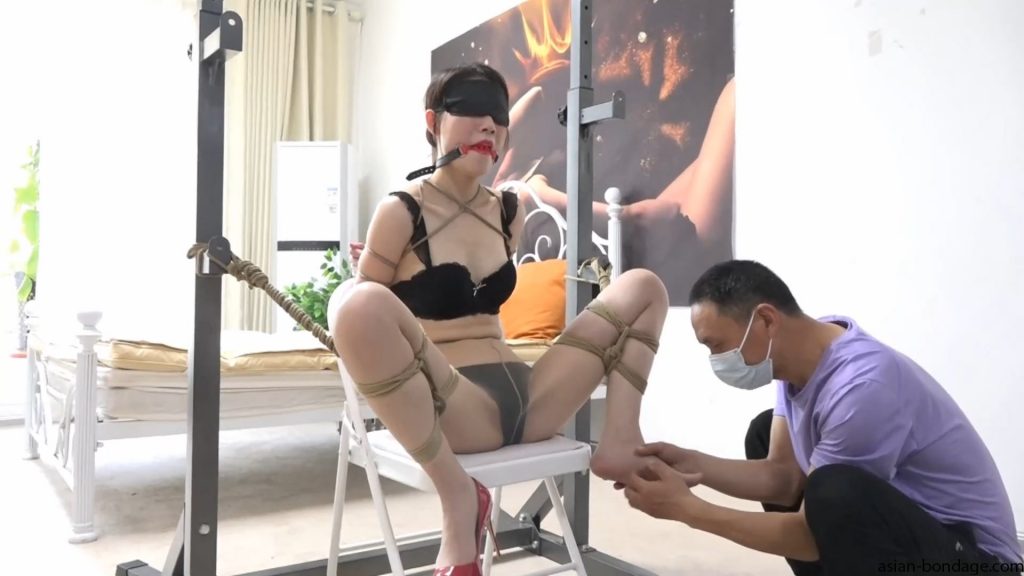 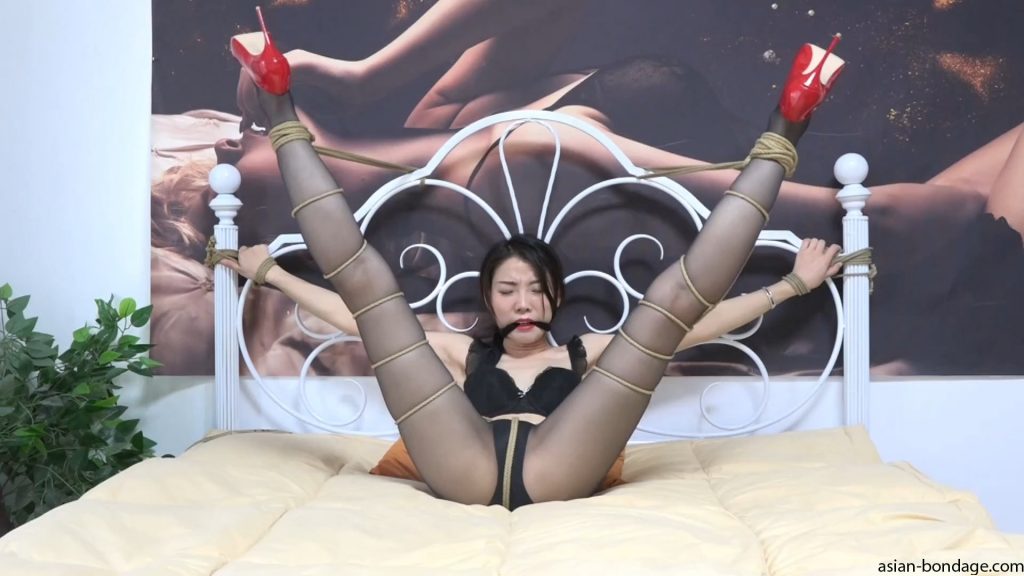 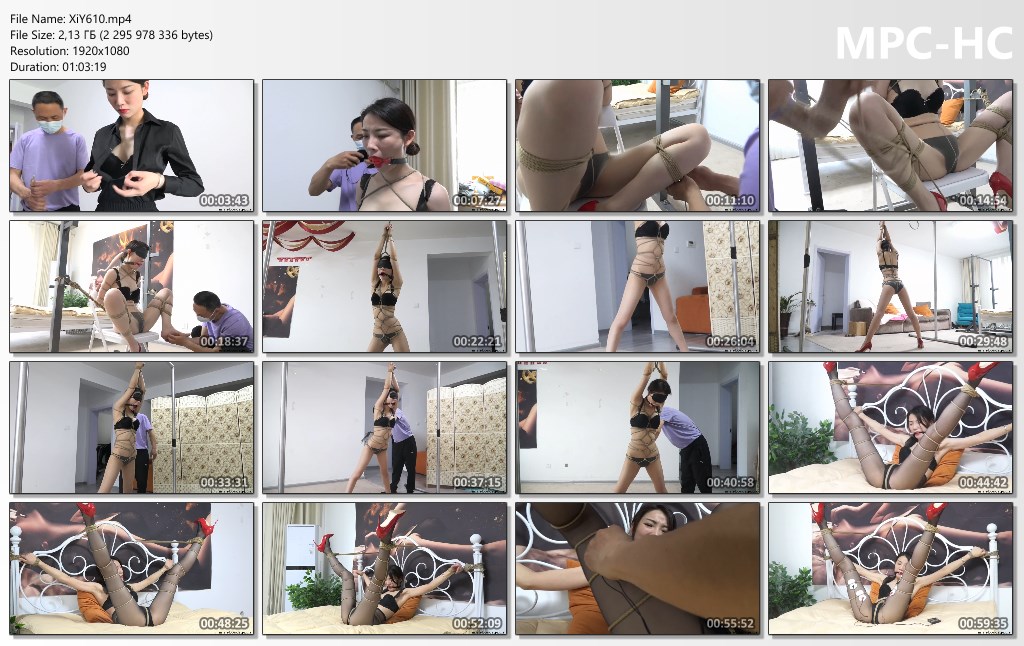 “Liu Yang is a company manager, but he has a special hobby, that is, he likes to bundle games. In order to have a better experience, she found an internment company that day. “Dong dong dong~” There was a knock on the door, a man was sitting in the house, let’s call her Boss Chen! Boss Chen walked to the door and opened the door. Standing outside the door was a beautiful woman wearing a black shirt and a black skirt. Boss Chen took her into the house and said, “Hello, it’s Miss Liu!” Liu Yang: “Yes.” Boss Chen: “Okay, Miss Liu, let me briefly introduce our services to you. A better experience, my mother will keep all the content confidential, you will lose all rights after signing the contract, are you sure you want to do this?” Liu Yang: “Yes, that would be great, I like this It’s a mysterious feeling.” Boss Chen: “Okay, after you sign the contract, our staff will officially start serving you within a week.” Liu Yang: “Okay!” A few days later, Liu Yang Still working in the office, I was a little tired and stretched and said, “It’s been a few days, and I don’t know what happened to the rope arts club. It’s too mysterious!” At this time, the office door suddenly After being opened, a man came in and said, “Miss Liu, we are from the Investigation Bureau, because there is a problem with your company’s finances, so you need to be investigated.” Liu Yang: “Why, you won’t doubt me! “Man: “You don’t need to know this, you just need to be investigated!” Liu Yang: “Okay! I’ll be investigated.” Man: “In order to prevent you from having a special communicator hidden in your clothes, we need to You need to restrict your activities when you take off your clothes and check.” (Because it was a temporary decision to use the underwear story, there are no such dialogues and details in the filming, so the background of the story is specially explained) Liu Yang: “Ah? There is no need for this!” Man: “We are also doing things according to the regulations, please cooperate.” Soon Liu Yang was tied up with five flowers. In order to restrict all her activities, she even put on mouth balls and blindfolds for her. Liu Yang thought to himself, these props don’t seem to belong to the Bureau of Investigation. Who the hell are they? They need to take off their clothes. At this time, she was bound and unable to move, and even her eyes and mouth had completely lost their freedom. She was in the dark and didn’t know where she would be taken. The man took Liu Yang to a room with a tall shelf in the middle, then picked up a stool and let her sit on it, folded her legs together, and tied her legs to the shelf to prevent tampering. The ends are fastened with rope. Then she took off her high heels and scratched.

After the investigators took Liu Yang away, they tied her to a chair for a punishment, and then hung her from a shelf. She raised her hands high, tied them with ropes, and tied her upper body with tortoise shells. (Actually, I think the way of bundling in this episode is pretty good. The raised hands are hung up, and finally, the high heels are taken off and the tiptoes are hung.) Then I put on a circular ring for her again, and left her behind. A man struggles alone in the house. Because he was hung up high, his hands were unable to move at all, and he could only rely on the jade feet in high heels to barely maintain his balance, and the mouth that was wearing a muzzle couldn’t help but drool. It made her, who liked to be tied, feel a little enjoyment at this time, and completely forgot to investigate her, and couldn’t help but think that the way the Bureau of Investigation was so special. While she was still enjoying it, the investigator came in with a whip in her hand. It seemed that she was about to be tortured. The investigator used the whip to slap Liu Yang’s sexy body. buttocks. Because of the blindfold, Liu Yang didn’t feel anyone approaching at all, until the tingling sensation of being whipped on his buttocks, he realized that someone was approaching. The tingling sensation made her scream loudly, drooling constantly in her mouth. Investigators looked at the high heels on her jade feet and seemed to feel that the shoes were still too comfortable, so they took off the high heels on her feet and let her hang them on tiptoe. Without the support of her shoes, Liu Yang could only rely on her toes, which made her feel uncomfortable in an instant, and she had to be whipped by the investigators. It was destined to be a long time. Liu Yang under the shelf has lost all her rights after all, what will be waiting for her

The third episode of the investigated beauty manager, This is the third day of Liu Yang’s investigation, and the investigators didn’t tell her how much evidence they had in their hands, they just kept torturing themselves. That day, Liu Yang was still tied up as usual, and even sleeping did not make her feel better, so she separated her legs and tied them to both sides of the head of the bed, and tied her mouth with stockings. At this time, the investigator came over, pulled the stockings off her mouth and said, “How is it, is Miss Liu willing to say it?” Liu Yang: “If you have enough evidence in your hands, of course I can’t run away. If there is no evidence, you should let me go.” Investigator: “It seems that you have a tough mouth, and you don’t want to say yes, so don’t say it!” After speaking, she put the stockings in her mouth again, I brought another electric shock pad from the side. It seems that you don’t need to punish you, so I’ll let you try the little toy I invented first”