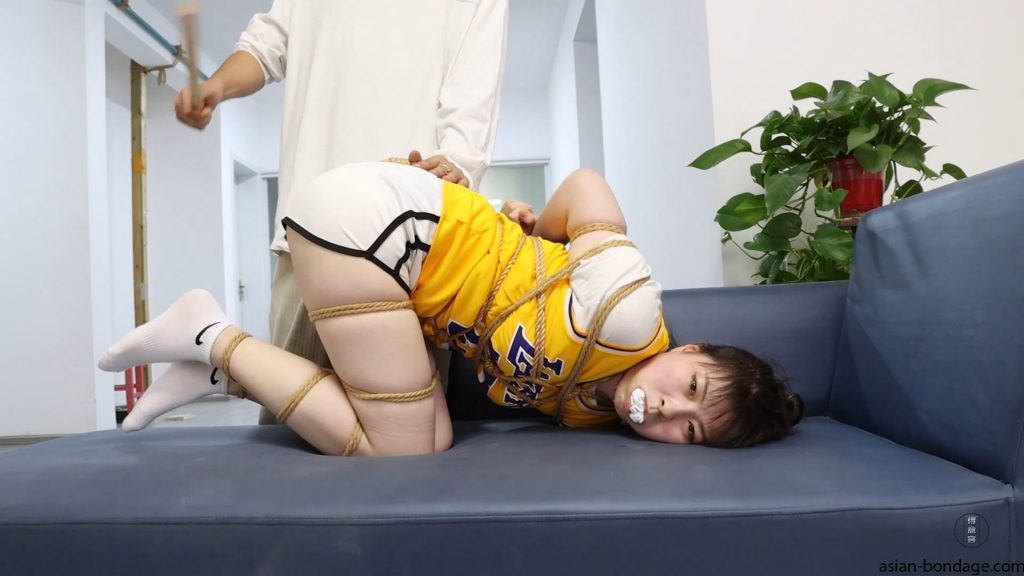 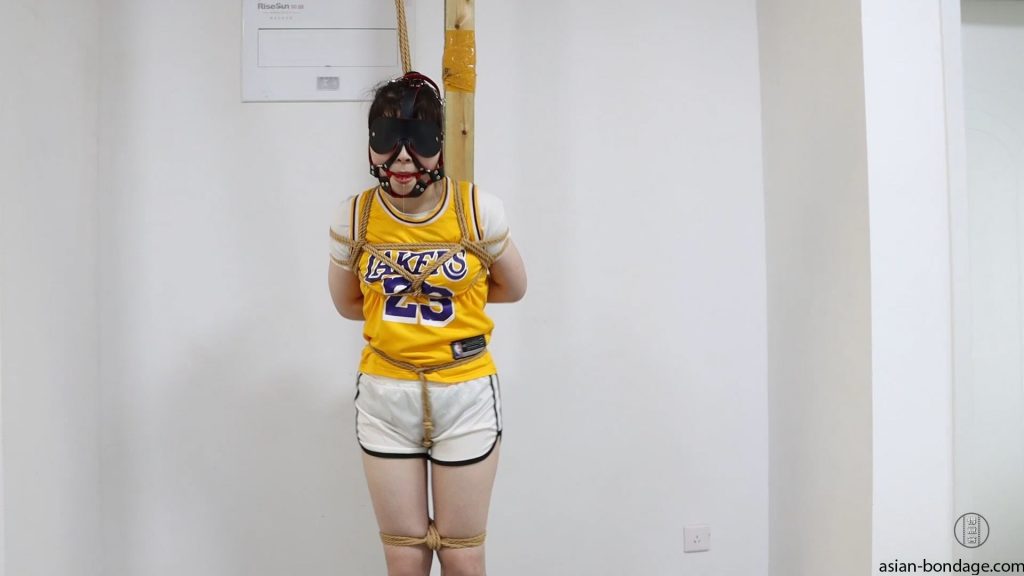 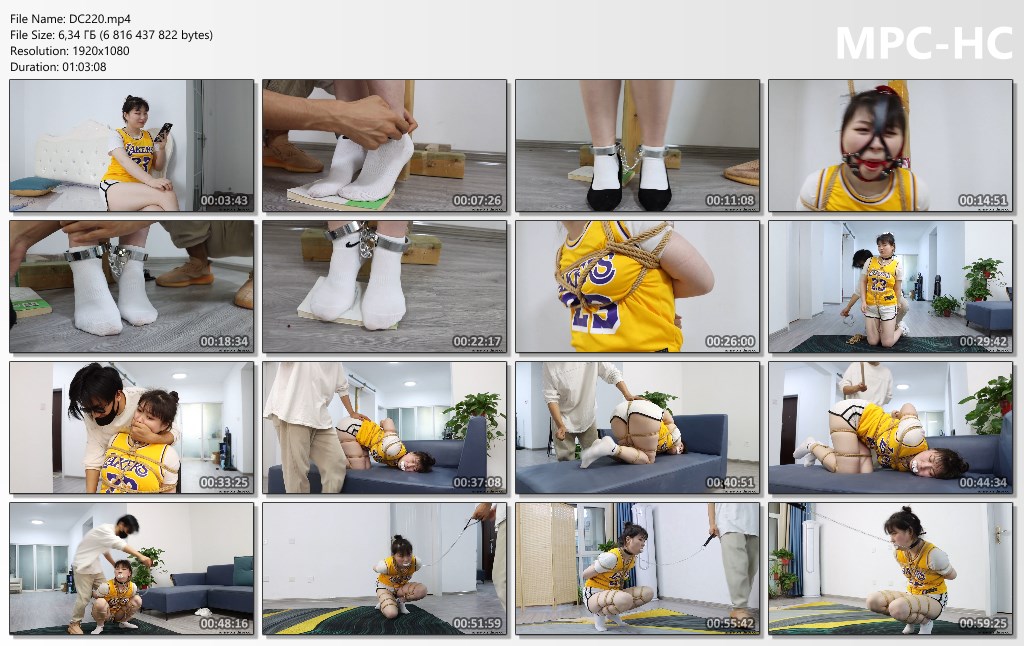 Xingyu, who couldn’t bear the torture and torture of the military brother, agreed to open a live broadcast to clarify the facts for the military brother. However, can a person like her really be obedient? Naturally, the answer is no. Xingyu, who was bound with tortoise shells, had a collar locked around his neck, and the other end of the collar was held by Brother Jun. Brother Jun pulled Xingyu out reluctantly, forced her to kneel on the ground, and untied the handcuffs. , tied tightly with rope. After arranging the live broadcast, Xingyu was tied to a chair, while Brother Jun stood behind Xingyu with a pistol against the back of Xingyu’s head, always reminding her not to say the wrong thing. Seeing that the live broadcast started, Xingyu started the live broadcast with a twisted expression, lying that the rope on his body was just a decoration, and the scene looked very funny. Xingyu, who has been beating haha, made Brother Jun unable to bear it, and threatened her in a low voice to let her talk business. However, Xingyu is not a fuel-efficient lamp, not only did she not clarify the facts as required, but instead asked the audience in the live broadcast room for help, and asserted that Brother Jun would not dare to kill. Brother Jun was amused by her actions. Naturally, he would not kill people, but he would not leave Xingyu a chance to ask for help. It turned out that Brother Jun secretly recorded the audio when he punished her earlier, and edited it into Xingyu’s own breaking news. Recording 1: I paid you to play match-fixing, it was my fault Recording 2: Those cerebral palsy fans would only believe what they wanted to see Recording 3: What they wanted to think, they wouldn’t know anything Xingyu: when will you? Here is the clip! This is a false accusation! Brother Jun: I remember you said that people on the Internet only believe what they see and hear. I have already uploaded this recording. Your live broadcast career is completely over. Xingyu: Woohoo! Brother Jun: Take a closer look at today’s live broadcast. No one will call the police for you at all, because this is not a live broadcast to clarify for me, but a public execution of you. It turns out that Brother Jun didn’t start the normal live broadcast, but pre-planned to open other live broadcast rooms, and this live broadcast room is a SM live broadcast room dedicated to TJ women. The audience here has long been impatient to see Xingyu being beaten by TJ. looks like. Xingyu was tied to a chair, and her feet were raised with ropes to open her thighs. Brother Jun took off her shoes during the live broadcast, revealing the original white cotton socks that had already been trampled and dirty. Xingyu clamored for everyone Don’t look at her feet, but it doesn’t help. Brother Jun took off Xingyu’s original white cotton socks and stuffed them all into her own mouth. The original white cotton socks filled all the gaps in her mouth, causing her cheeks to bulge slightly, and she could only let out a whimper. cry. The punishment doesn’t stop there. Xingyu tied his legs together and put on a new pair of white cotton socks. He was lying on the sofa with his butt pouted. In front of the audience in the live broadcast room, Brother Jun beat Xingyu’s plump butt and soles with a wooden stick. , Xingyu can only moan because of the original white socks in his mouth. Since being punished, both Xingyu and Jun have disappeared for a long time, but when she saw Xingyu again, she has become a very popular anchor in the SM live broadcast room, with her thighs tied together and only on tiptoes. Xingyu, who can only stay upright, entertained the LSPs in the live broadcast room, while waiting for the TJ of the host brother Jun to come. At the request of the live broadcast room, Xingyu was blocked by the original white socks again, and the brother Jun held the collar. , began to maintain the kneeling and walking at this time. It is well known that it is very difficult to move forward. The balance of the body can only be maintained by the forefoot and a few toes. Xingyu is no exception. The tall figure makes it difficult for her to maintain balance. But the host will not slow down, so he presents this unique play of more than ten minutes, which I would like to call the best of the whole film. Xingyu, who suffered the consequences, became the slave of the army brother. The army brother is also constantly punishing Xingyu. Now, this pair is quite popular in the live broadcast room of the alphabet circle…”