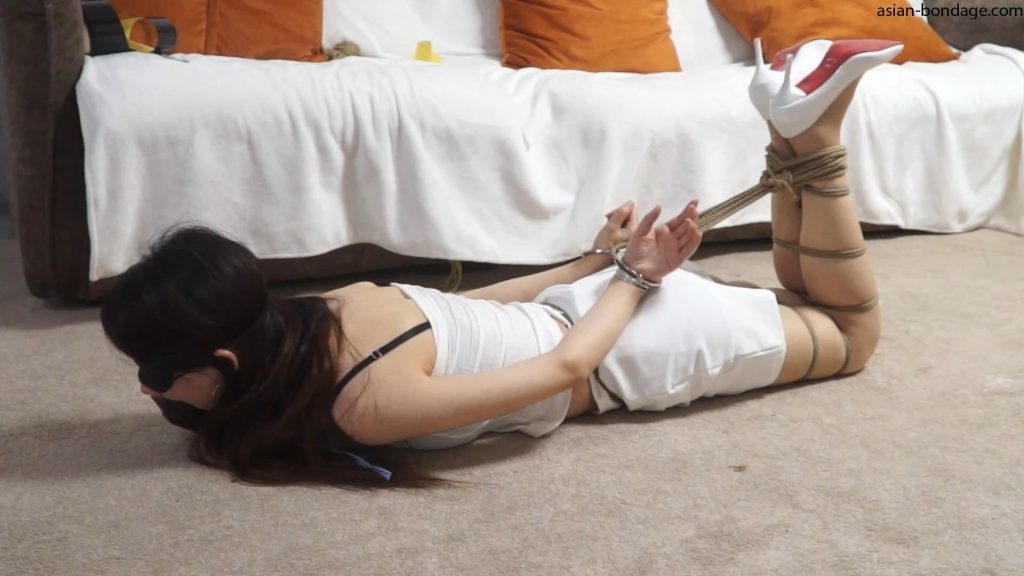 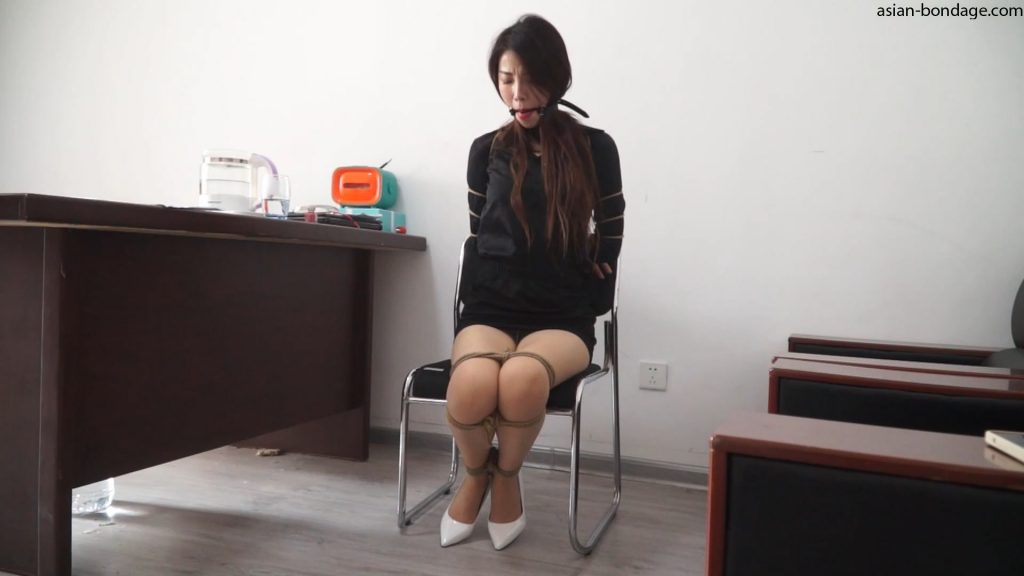 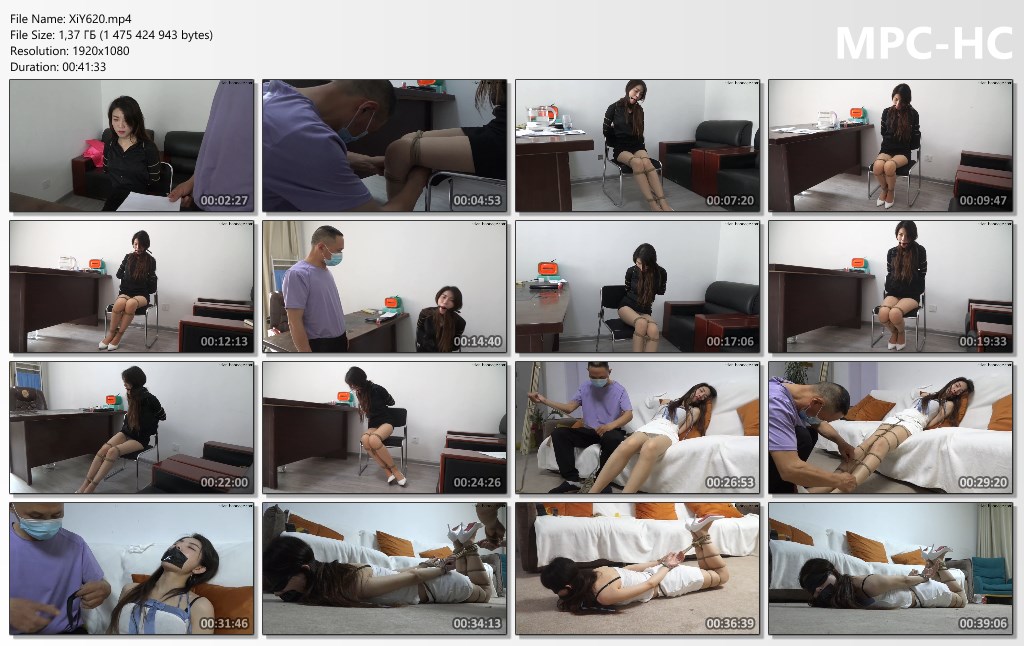 “In the first three episodes, it was said that Liu Yang was a company manager and was under investigation because he was suspected of using his identity as a manager to use financial funds. Our investigators also imprisoned and tortured Liu Yang many times. Liu Yang never admitted that he used financial funds, so this time the investigators will torture Liu Yang again. Investigators tied up Liu Yang and brought it into the office. The investigator said: “Ms. Liu, we have enough evidence to prove that you used the company’s funds. You see, this is the evidence.” Do they want me to be a scapegoat? Immediately protested and said, “This name is indeed Liu Yang, but the photo is not mine.” The investigator looked at the photo and immediately tore it down and replaced it with Liu Yang’s, saying, “It’s you now.” Sure enough They wanted to make themselves a scapegoat, and they resisted: “You are a frame-up, that’s not me, I want to see your leader!” Investigator: “You will see, but now you are a little noisy, I Gag your mouth.” He then put on a gag ball for her regardless of Liu Yang’s resistance, and left the room leaving Liu Yang struggling alone. Liu Yang thought to himself: Is he really going to be used as someone else’s scapegoat this time? Just when Liu Yang was thinking about how to prove his innocence, the door was opened, and the investigators brought a man, calling the leader, it seemed that their leader was inspecting. Liu Yang saw hope in his heart that he would have a chance to prove his innocence when he met their leaders, and he was tied and gagged by them, which was very suspicious. Liu Yang kept whining with his mouth gagged, trying to get their leader to untie the gag on his mouth. Sure enough, the leader kept yelling when Liu Yang was gagged, as if he had something to say, he asked the investigators: “Hey! What did this prisoner do? Why did you gag her mouth?” The officer said: “This prisoner is a manager of a company. Because he used his identity as a manager to use financial funds, he once bit his tongue and self-harmed after being investigated. For her safety, she could only gag her mouth.” Liu Yang listened. It’s outrageous, the lie told is outrageous. His mouth was still whining, as if to ask the leader to untie the mouth ball to restore his right to speak. Who knows if this leader is really stupid or what is the matter? He actually said: “Hey! No matter what you do, you must ensure the safety of the prisoners.” Liu Yang couldn’t believe his ears. You actually believed it if it was so outrageous. ? Say it right? Of course, no matter how you shout, you can only make a whining sound. The leader inspected and left. After the leader left, the investigator pinched Liu Yang’s face and said, “Miss Liu, I advise you to be obedient. We have applied for your detention, so you can wait here with peace of mind. I believe the detention order is very important. It will come down soon.” After the investigators left, Liu Yang was left alone struggling in the room, and she fell into contemplation after being tied up. It seems that this so-called investigation used her identity as a manager to frame up from the very beginning. It was a conspiracy from the beginning. From the moment he was arrested, he became another scapegoat named Liu Yang. Do you really want to be framed and taken down and imprisoned?

Liu Yang was handcuffed and shackled in the room that day, and she didn’t know what was waiting for her. The handcuffed wrist was very painful from the metal cuts, and was struggling from time to time. That’s when investigators walked in. Liu Yang saw the investigator come in. Although he knew it was impossible, he said angrily: “What are you doing, let me go quickly.” The investigator: “Miss Liu, the order for your detention has been issued, and now I I want to imprison you.” After speaking, he took out a handkerchief and put it on Liu Yang’s face, Liu Yang struggled hard, but he was wearing handcuffs, the man’s strength was too great, and he soon felt his head Some were dizzy and passed out. The investigators immediately opened her shackles, tied his legs together with ropes, unable to separate them, and then took out a pair of stockings and slowly stuffed them into Liu Yang’s mouth. The unconscious Liu Yang was stuffed into the stockings and couldn’t help groaning a little. In order to prevent the stockings from coming out, the investigator put a piece of tape on Liu Yang’s mouth, so that no matter how hard he struggled, he couldn’t spit out the stockings in his mouth. Put on the blindfold and bind Liu Yangsi horse with a rope again. Soon Liu Yang woke up, wearing a blindfold in the darkness, he could feel that his hands and feet were tied up, in a posture of being bound by a horse, and his mouth was full of silk fillers. Her mouth was also blocked, and she couldn’t know where she was in the dark. After an unknown amount of time, Liu Yang felt someone approaching, and suddenly a strong light shot into his eyes. The blindfold on Liu Yang’s face was taken off, but the person in front of him was not the investigator who investigated him, but the owner of the Shengyi Club who found him. At this time, the ropes on Liu Yang’s body had been completely untied, and the owner of the clubhouse was sitting beside her, and the boss also explained the reason to Liu Yang. Everything finally came to light. It turned out that this was a game arranged by the club in order to let its customers really experience the feeling of being imprisoned and to maintain the mystery without the knowledge of the customers. And Liu Yang recalled the imprisonment and torture in the past few days, and what happened in the past few days was like a dream. I regained my freedom, as if nothing had happened. It was really a game and a dream! After Liu Yang communicated with the owner of the club for a while, his experience of imprisonment was over. Liu Yang said goodbye to the boss very politely, as if telling the audience that this script is over!”