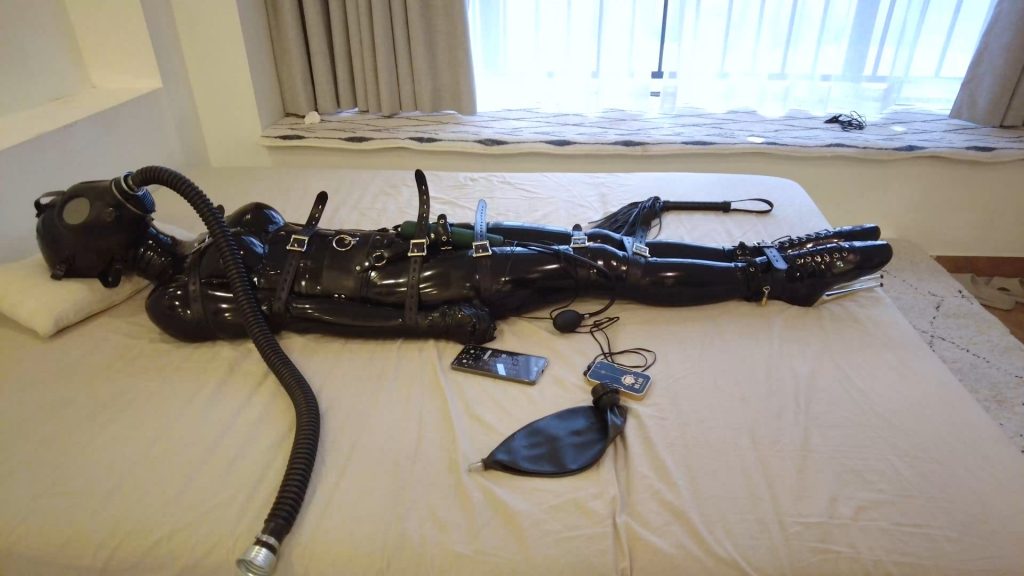 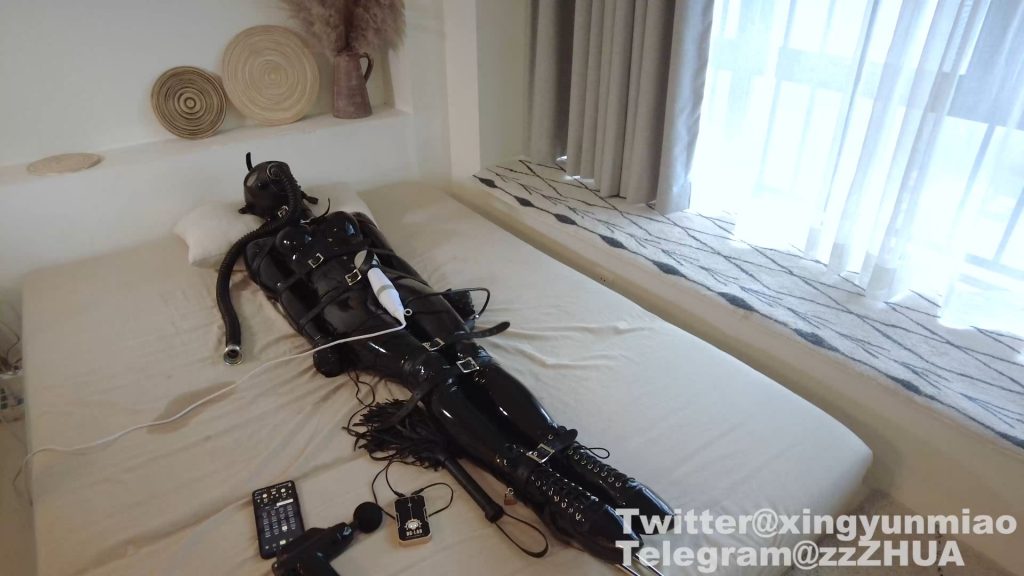 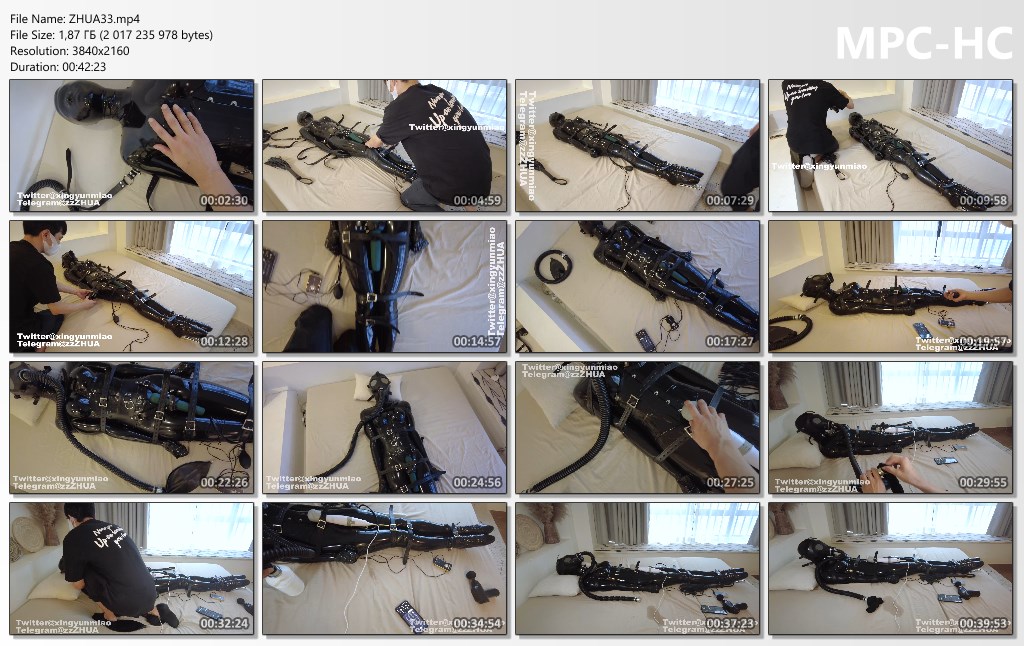 “1. Put on a full-covered latex coat, a fully enclosed headgear, with an inflatable G plug on the back, an electric shock patch on the inner thigh, and the waist is tightened to the tightest funnel-shaped waist, and ballet high heels are stretched straight. feet, locked and tied as tight as possible. 2. After wearing and preparing, lie down and wait to be bound by the restraint belts. The small hands and hands are also wrapped in plastic wrap. The equipment and toys are all set to the limit. Open the stick, and the strong vibration allows the claw to obtain a continuous fast port. The electric shocker continues to shock, the inflation is just filled and the back of the claws is filled, and the zipper blocks the just plug and cannot be discharged. The electric shock continues to automatically change the frequency and intensity, and the claws can only wriggle and struggle for mercy. 3. Put on a gas mask and prepare to put on a breathing tube. The stockings are stuffed into the breathing tube, and the breathing becomes rapid. Screw on the breathing bag, and the breathing bag is very interesting as the claws take a big breath. The breathing bottle was filled with water, attached to the mask, and grunted. Under the wriggling struggle, groaning in pleasure and pain, breathing heavily, and under the extreme restraint, the claw claw is strong in the latex package, and gradually plays bad under the cycle of the sage… Note: It can be seen in the video that the claw claw is is always breathing. The equipment used in the series operation and use does not have ZX, the stockings are breathable, and the equipment also has breathing holes, please rest assured to eat. However, it should be noted that the series of gameplay requires very experienced playmates to operate, and those who are inexperienced in this type of gameplay should not imitate!”