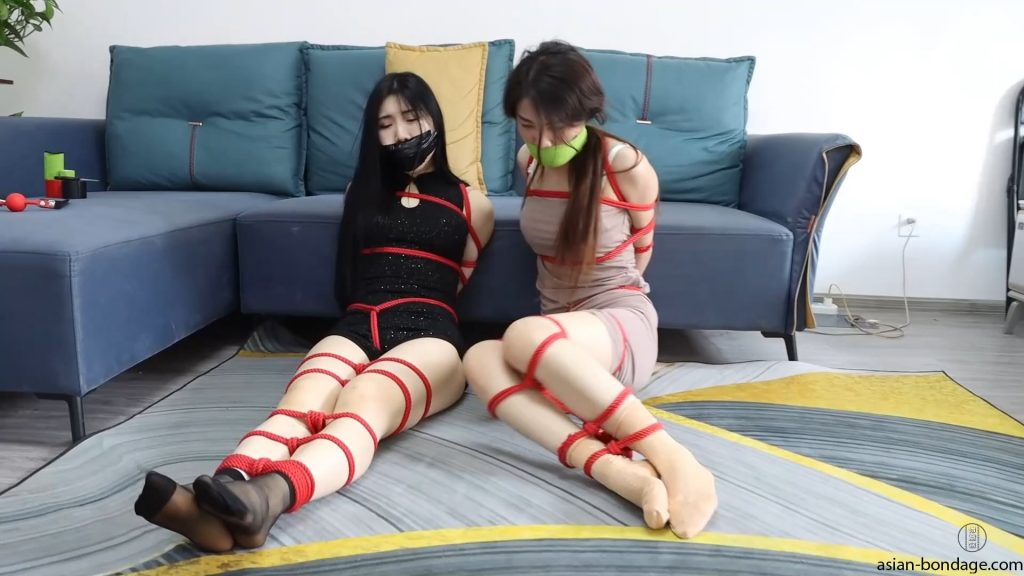 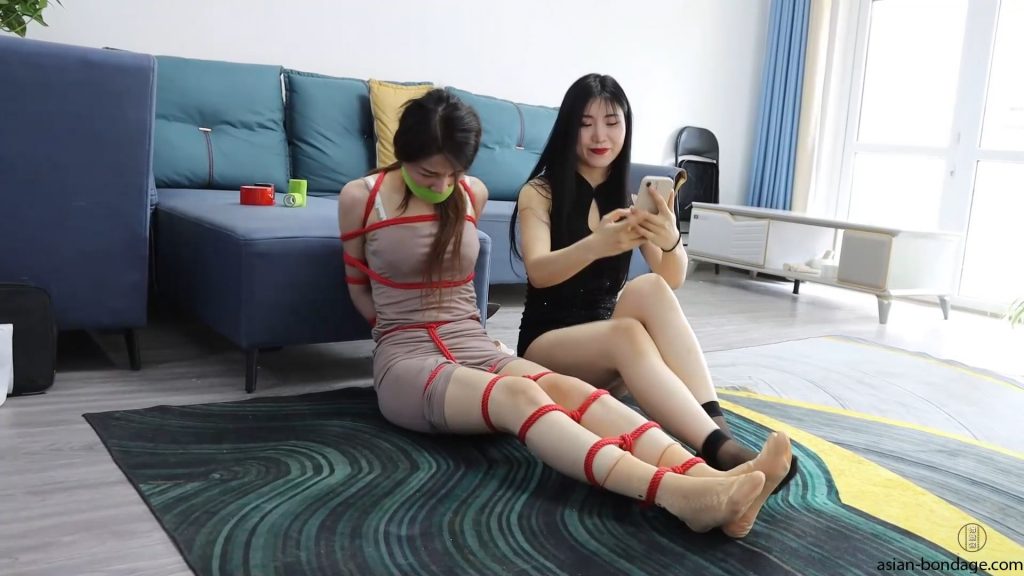 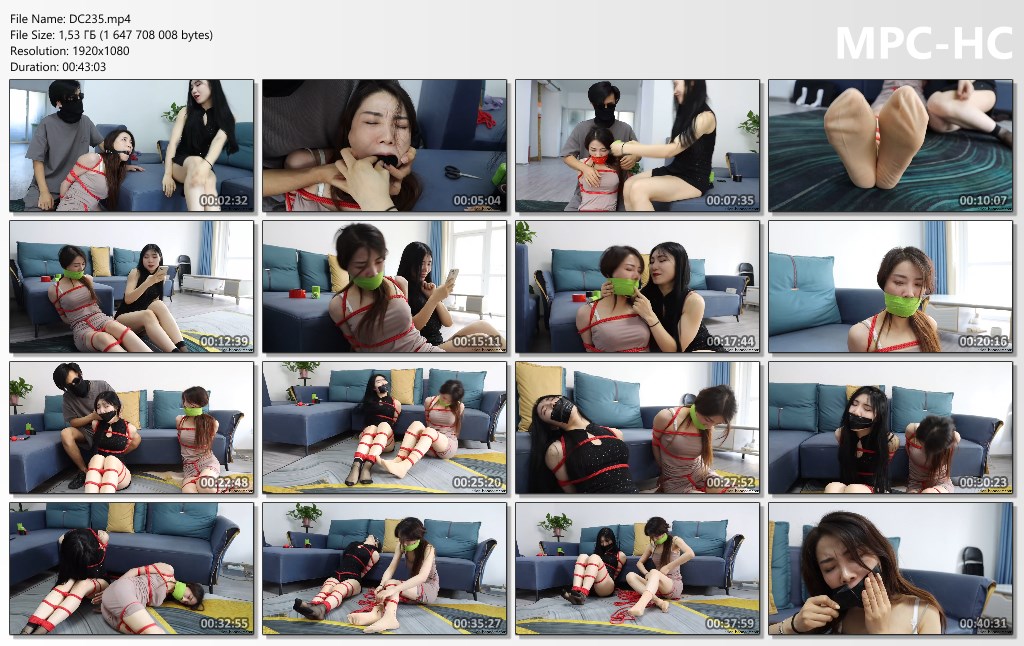 “The beautiful Liu Yang heard that the lottery number she chose for her best friend (played by Wu Han) had won the grand prize, so she went to her best friend’s house as a guest. First, she planned to take advantage of the bonus, and second, she had borrowed a lot of money from her best friend and wanted to come back. . After Liu Yang arrived at his best friend’s house, he found that Wu Han pushed a suitcase and seemed to be packing. After asking, he found out that the other party was planning to pack up and leave the city with his boyfriend. He hurriedly urged the other party to pay back the money and divide the bonus among himself. Wu Han agreed with a smile, and said that he would wait for his boyfriend to come back and pack up. It was said that when Cao Cao and Cao Cao arrived, Wu Han’s boyfriend just came back, and after a few words of greetings, he and Wu Han went to the house to pack up. Wu Han asked her boyfriend if he didn’t have anything. The boyfriend said he had bought it all. He opened the plastic bag he was holding and saw that there were restraints such as ropes and tape bandages inside. Holding the restraint tool, he slowly walked to the sofa in the living room with his hands behind his back. Liu Yang: Can you transfer the money to me now? Wu Han: I’ll turn to you now, and I’ll give you a great gift by the way! Before Liu Yang could think about the gift, he was attacked by Wu Han and his boyfriend, tied with a red rope, and put a gag in his mouth. It turns out that this is what Wu Han said about the “great gift”, but Wu Han was obviously not satisfied, and said that he would give his best friend Liu Yang a “great gift”: I saw her taking off her shoes in front of Liu Yang, and slowly taking off the clothes on her feet. The black short stockings – she actually wore 3 pairs of black short stockings on her feet. Wu Han said that she had been wearing these 3 pairs of short stockings for several days, and they were “prepared” for Liu Yang, but since Liu Yang was holding it in his hands No, I had to put it in her mouth. Liu Yang naturally disagreed with the original smelly stockings being stuffed into his mouth, but his objection was invalid. With the joint efforts of Wu Han and her boyfriend, Liu Yang’s mouth was stuffed with 6 plain black short stockings, which were tightly blocked. The pain was extremely unbearable, and he cried out. When Wu Han was stuffing stinky stockings, he even said with a smile that he put 6 stockings in Liu Yang’s mouth, wishing Liu Yang a good luck, maybe he can win a lottery ticket in the future! With the cooperation of Wu Han and his boyfriend, they cut 5 pieces of black electrical tape and sealed them outside Liu Yang’s mouth, and wrapped them around Liu Yang’s mouth with red tape 5 times, and then wrapped them with grass-green elastic self-adhesive bandages 5 times. The foreign mouth was tightly sealed. After that, Wu Han took a pair of clean black short stockings handed over by her boyfriend and put them on her feet. The boyfriend went into the house to pack up, and Wu Han stayed behind to watch Liu Yang, who was tied up and strong. Liu Yang, who was wearing flesh-colored nylon stockings, sat on the ground and struggled. Wu Han teased her back and forth. Later, he simply sat next to Liu Yang and took Liu Yang’s mobile phone to take a picture of her, and deliberately took a group photo together and showed it to her. Humiliated, he also said that he would send these photos to Liu Yang’s relatives and friends. (In this script, the two models are required to play freely, and both perform very well.) Soon, Wu Han’s boyfriend packed up and came back. Just as Wu Han was thinking about using a rope to bind Liu Yang, the boyfriend behind Wu Han suddenly covered his mouth and attacked. After her, Liu Yang, who was staring at Wu Han, was completely stunned by this scene. In total, they tied up and tortured him, and the two of them were in an infighting?

Wu Han was sneaked by his boyfriend from behind to cover his mouth. Seven or eight minutes later, he was tied with red ropes like his best friend Liu Yang, with a gag in his mouth. It turned out that Wu Han’s boyfriend had a bad heart and wanted to take the lottery winnings all by himself, so he betrayed his girlfriend and tied Wu Han as well. At this moment, Liu Yang was very happy, and looked at Wu Han’s slump like schadenfreude. Wu Han’s boyfriend took off his shoes and a pair of coffee-colored nylon stockings, and said with a smile that he would give Wu Han a good taste of these socks as a souvenir. Wu Han was naturally reluctant and resisted as desperately as Liu Yang, but after the gag ball was taken out, his boyfriend forced his nose to open and forced him to open his mouth wide. Going in, the smell of nylon stockings was so strong that Wu Han rolled his eyes and groaned. During this period, his boyfriend laughed and said that it was impossible to let Wu Han go. Besides, he only bought one train ticket, so he advised Wu Han to sit here honestly. Accompanying girlfriend Liu Yang. After gagging, her boyfriend cut 5 sheets of black electrical tape and sealed them outside Wu Han’s mouth, saying that for the sake of the two lovers, she would not seal Wu Han’s mouth so tightly, and whether she could break free would depend on her own good fortune. . Wu Han’s boyfriend packed up his things, pushed his suitcase to say goodbye to the two beauties who were tied up, and left, leaving behind Wu Han and Liu Yang’s two daughters, who were tearing at each other. The two beauties who were bound were wooing each other, glaring at each other, and at the same time trying their best to twist their bodies and struggle (this script allowed the two beautiful models to play freely, and they played very well). After a stalemate for a while, the two found that the rope remained unmoved only by their own efforts. The two realized that in this state, they could only break free with mutual assistance, so the two abandoned their “plastic sisterhood” grievance and temporarily cooperated with Wu Han to use his fingers to tug on Liu Yang’s upper body to bind the rope. After a lot of hard work, Wu Han finally figured out a way to loosen the ropes tied to Liu Yang’s upper body. Liu Yang also tried hard to break free from the ropes all over his body. After she threw the annoying ropes aside, Wu Han quickly motioned to Liu Yang. Unlock yourself too. However, Liu Yang obviously didn’t consider Wu Han’s feelings. Instead, he lifted the green self-adhesive bandage, the red tape, and the 5 black electrical tapes outside his mouth little by little, and pulled out Wu Han and his boyfriend forcibly into the mouth. In her mouth, Wu Han wore stinky black short stockings that had not been washed for a few days. She looked at them in disgust and discarded them. Liu Yang gasped for breath to relieve the foot odor in his mouth. At this time, Wu Han was still wooing Liu Yang, hoping that she would solve it for him, but Liu Yang thought of what Wu Han and her partner had done before, and naturally it was impossible to let go. This bad woman and plastic best friend, “Put so many smelly socks in my mouth, and now you want me to untie them for you, you can go dream!” Angrily Liu Yang stood up with difficulty and walked slowly towards Wu Han, with a terrified expression on his face. Woo, woo-hoo, struggling desperately, how will Liu Yang treat his plastic girlfriend”