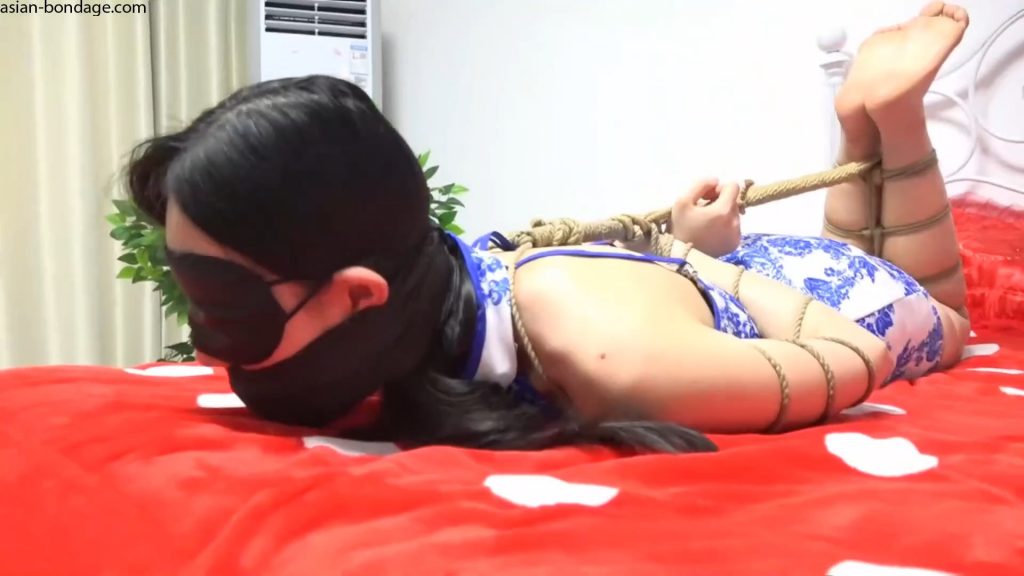 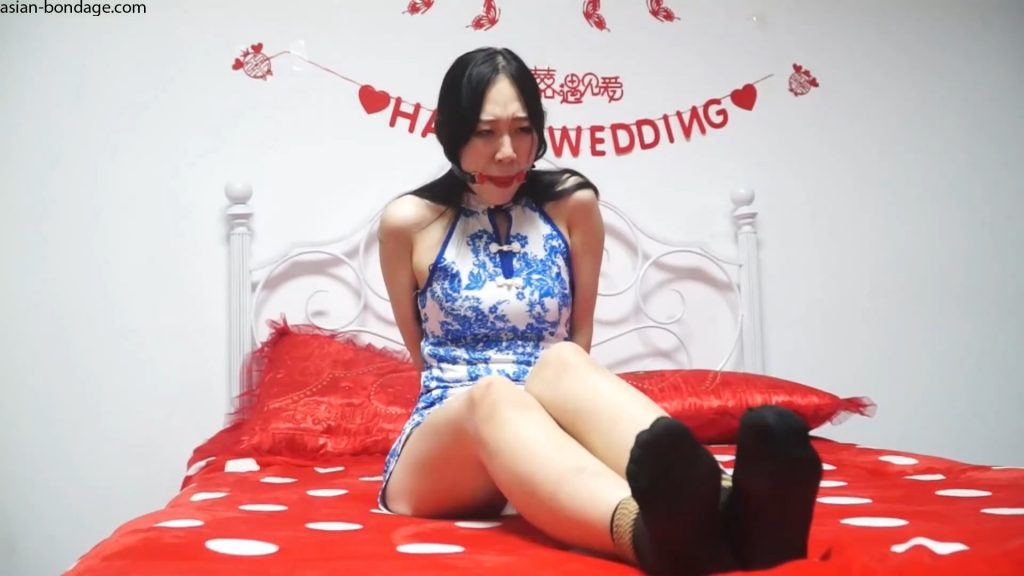 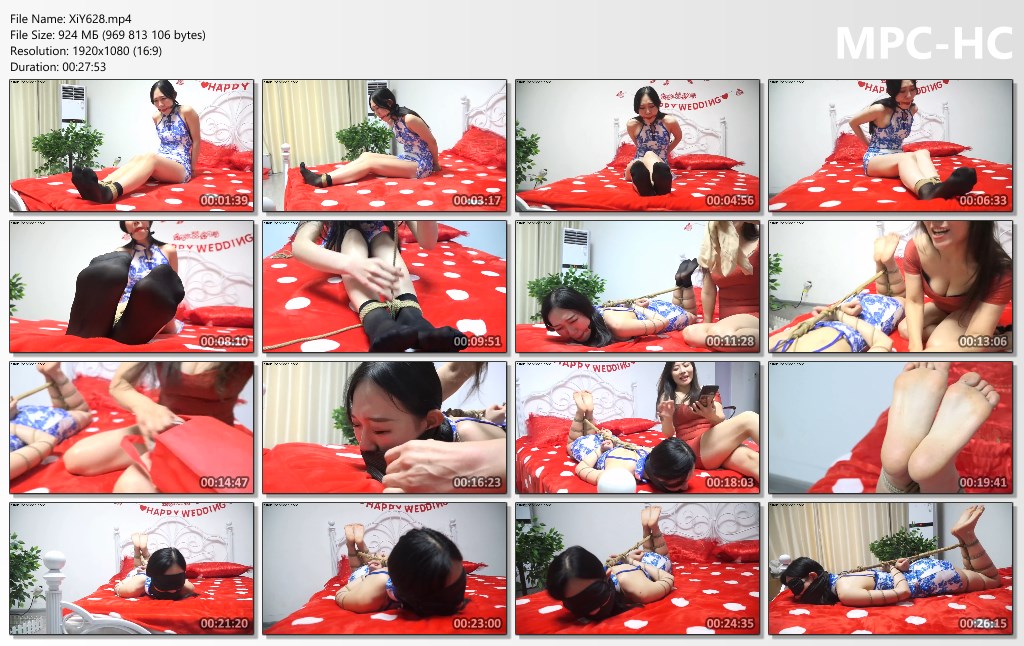 “Qiqi has been against her elder sister and colleague Li Ran for a long time in the company. Li Ran seizes the opportunity to hijack the house, hijack her and bind her, with a gag in her mouth. She sits on the bed and struggles with her feet in black short stockings. Li Ran went to Qiqi’s house to rummage for belongings, and Qiqi felt that the opportunity had come, so she twisted and struggled desperately. After struggling for a long time, Qiqi finally loosened the knot on her wrist, and quickly untied the rope around her ankle. Just when she was about to release the gag, Li Ran came out slowly just to see this scene. So the unlucky Qiqi was severely tied up by the big sister Li Ransi. In order to punish her for wanting to run, Li Ran simply took off the two short flesh-colored stockings on her feet – she specially prepared to wear them for several days without washing, and untied Qiqi. Throwing the ball in his mouth and forcibly stuffing it in, made Kiki groan with nausea and retching. Afterwards, Li Ran took off the two black short stockings on Kiki’s feet with a smile, and then forced the two black short stockings into Qiqi’s mouth. The six original sour short stockings were stuffed into her mouth, causing her great pain. . Li Ran used yellow wide tape to cut 5 sheets and sealed them outside Qiqi’s mouth, and then wrapped the black tape and black elastic self-adhesive bandage around Qiqi’s mouth 5 times to seal Qiqi’s mouth tightly. In order to further punish and humiliate Qiqi, Li Ran deliberately took a picture of her with his mobile phone, and even showed it to Qiqi to mock, “Look at how beautiful you are, whether you are beautiful or not.” Qiqi naturally glared at Li Ran angrily. Li Ran didn’t dare to stare at me at first glance, so he simply put a black eye patch on Qiqi’s eyes to deprive her of the right to see things, and then left with the property stolen from Qiqi’s house. In the dark, Qiqi, who was writhing and struggling violently, struggled, but this time she did not have the luck to break free. In the end, she reduced her struggle and panted in the dark, lying flat and waiting to be returned by her family”