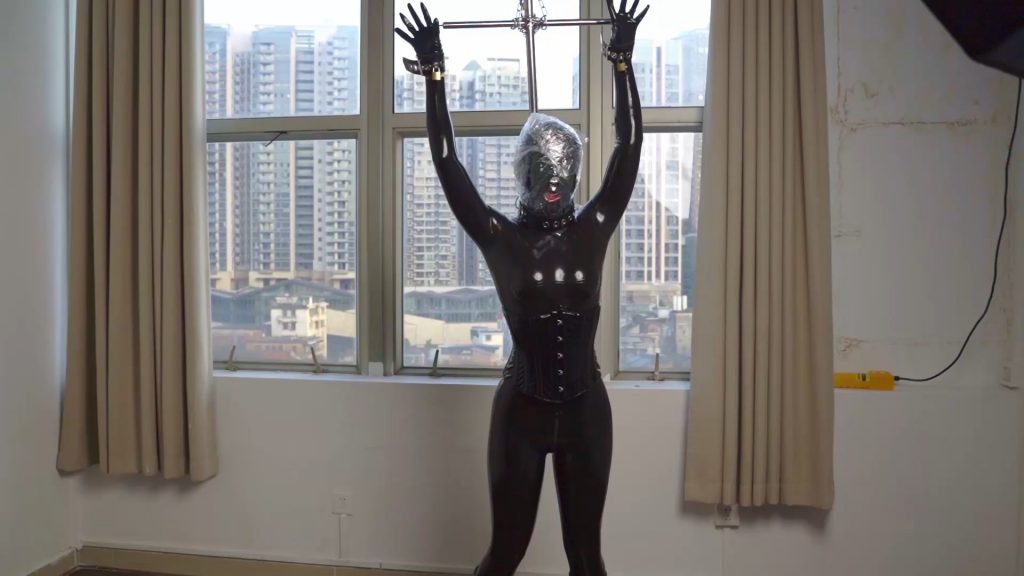 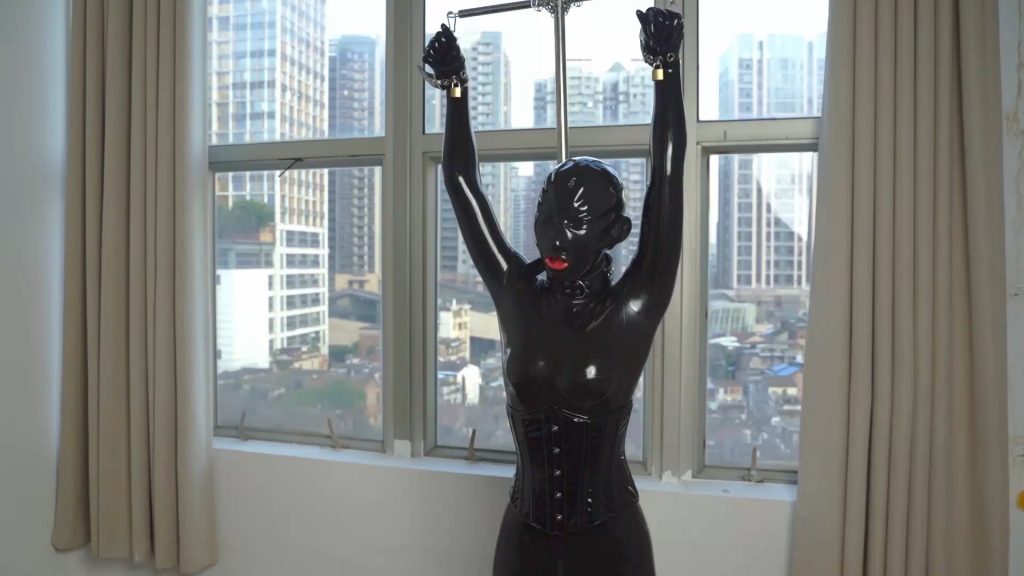 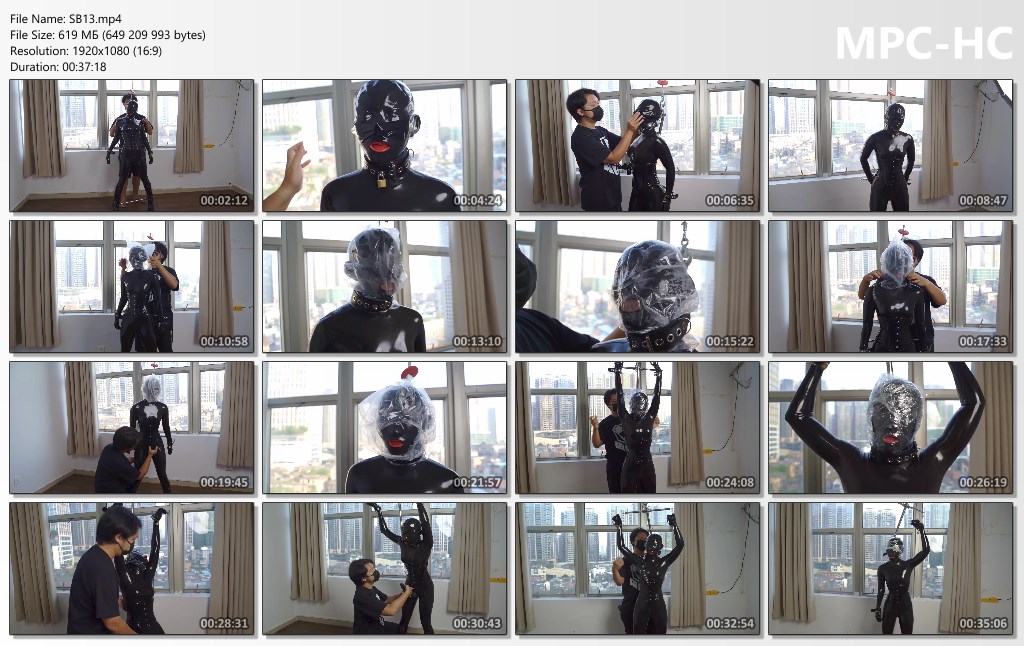 “The studio welcomed the last girl to audition. She is a shy young lady of literature and art. KOKO Sven’s appearance is actually a wild heart. The first time I came here, I wanted to challenge the most difficult breath-holding experiment and try on a press box bottom for her. I didn’t expect it to fit unexpectedly. It’s really pleasing After thinking about the headgear for a while, I was thinking about scaring her. KOKO was really unhappy. I asked if there was any other headgear. After a period of time, she seemed to get used to it, and she said that she could try the braces and headgear. I have thousands of question marks, and I can’t guess the mind of the young lady, but since she is willing to wear it, she will not let her take it off easily. That’s it, KOKO Wearing a double-layer latex headgear, I started the challenge experiment. After wearing all the equipment, I fixed the two fixing brackets on KOKO’s hands and feet respectively. The fixing brackets on the hands extended to the back of the neck and connected to the collar. But it can make KOKO unable to make big movements, and can only struggle in a limited range. When I see this headgear, I can’t help playing with the braces. I keep sticking my fingers into the braces to find the sealed tongue. It may be that KOKO is not yet I know how to use it clearly. At first, the fake tongue couldn’t stick out, but I taught her to use it later in the film. Since it’s a breath-holding challenge, let’s start with a simpler part, sticking tape to the nostrils, and KOKO’s breathing action immediately increased, but the tape It is not sticky to the oily headgear, and there will be a little hole leaking into the air. KOKO quickly adapts to this limitation and enters the classic part. The plastic D goes into battle. Together with the vibration, KOKO is still relatively shy at first, and does not emit much. The voice, but at this stage, she couldn’t help it. She also likes to whisper in a vague voice. I couldn’t hear it clearly, and I couldn’t record it. KOKO has another characteristic. She likes to touch people. As soon as I get close to her hands I kept touching me, which made me mistakenly think she had something wrong with me, and later I asked her that she would feel more secure when she touched someone around her. , KOKO persisted for 5 minutes for the first time, and the results were already very good, let her slow down for a while, and she proposed to do it again, then of course I will meet her requirements, and explain that this time I will see your limit before giving You let go and finally see KOKO’s ultimate performance. After tearing open the plastic D for her, the headgear is full of water droplets. The breathing sound of the nasal tube is only a slight noise. It can be seen that there is not much air passing through. It was also very difficult to breathe. Next, I turned the fixing frame upside down and hung my hands high. KOKO’s sweat began to flow from the gaps in the gloves, but she couldn’t feed her water in this situation. She also firmly said that there was no problem. It was a little more exciting, so I specially equipped glue D and insurance M, first put plastic D on it, and then tied it with fresh-keeping M for a few times. My whole body was soft and I needed to go forward to hold it. My body kept pumping CHU, and my breathing was very short and hurried. I tried this safety film twice, and the second time I struggled violently and even broke the pull tab of the handcuffs. Very sturdy style, it can be seen that the potential of human beings is really huge. After everything was over, I took off the braces and hoods for KOKO. She was very tired, but she didn’t want to take off the hoods. She was probably shy. I asked her how she felt, and she said it was okay. Accept, that is, the mouthpiece will drool a lot. When I asked if I could use something else in the future, I said no, because I already liked this headgear.”