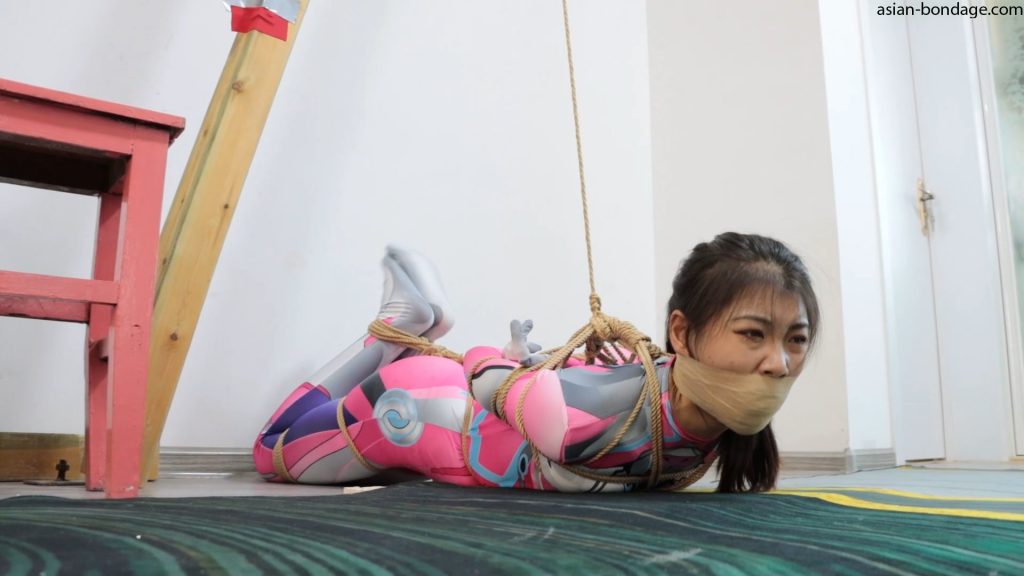 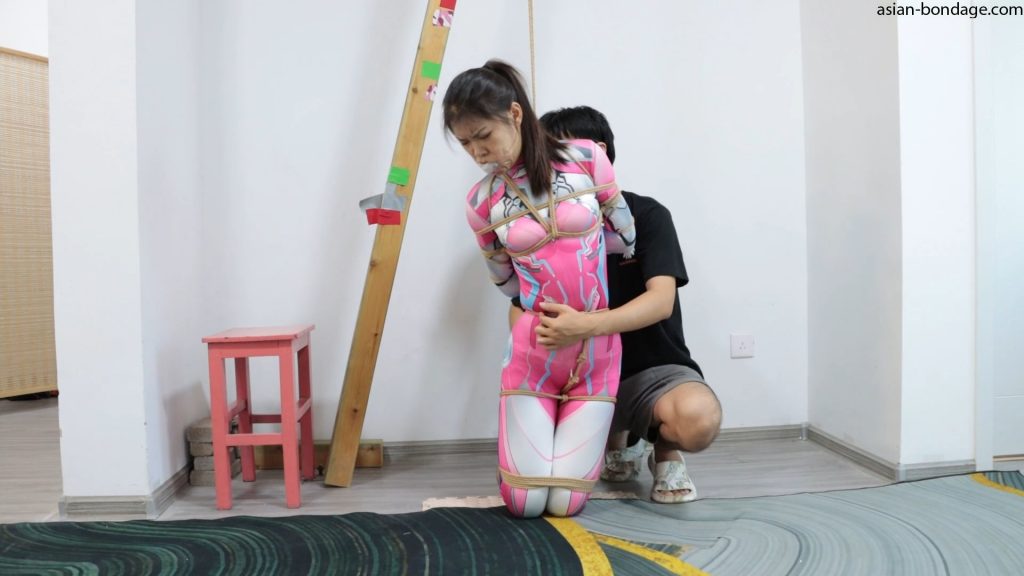 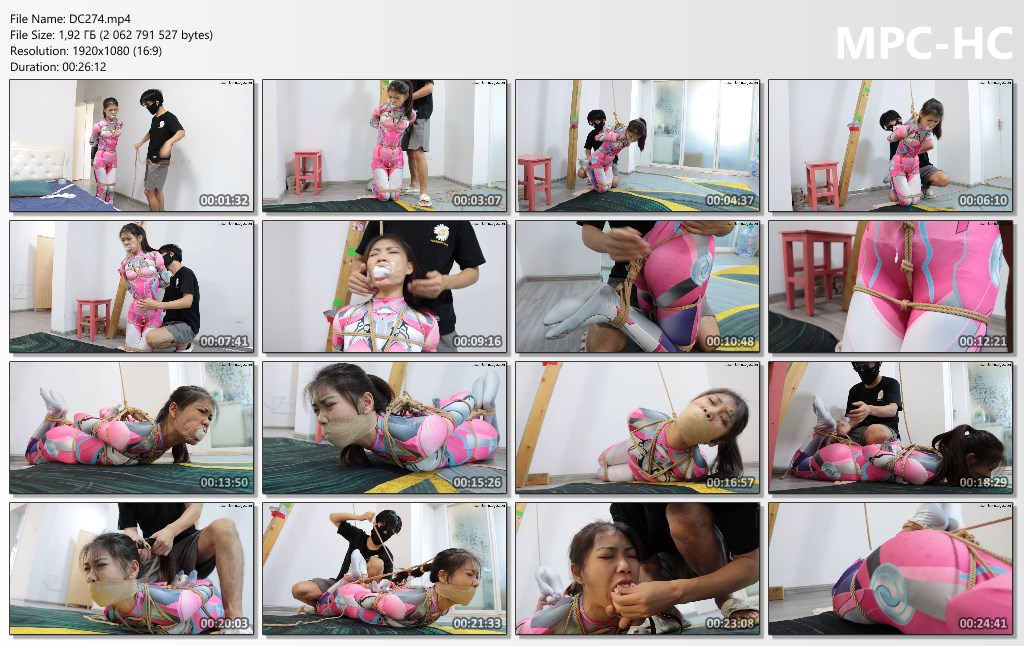 “Delightful customer personal order. Main: Rainy Morning. Continuing the last time, after the initial female Spider-Man became a prisoner, she was forced to change her clothes and put on Rocket Girl tights. From Spider-Man to Rocket Girl, with the change of clothes, Yuchen’s figure became more prominent. , makes people want to wear (envy bad actors). The bad guy tore off the tape on Yuchen’s mouth, took out the pair of thick socks, and before Yuchen could speak, he put a pair of white cotton socks into her mouth to make her mouth bulge, and then sealed her mouth with scotch tape. Then use a rope to connect her strands, pull Yuchen out of the living room, go under the ring, control and play with her. In the first scene, Yuchen knelt on the ground, her legs and feet were attached to the rope, and her upper body was hung up. Then the bad guys started to play with her (touching her chest, spanking, pulling the rope, scratching the soles of her feet). Here Yuchen was gagged with cotton socks and scotch tape. Keep your mouth shut. Emit woo woo. In the second scene, Yu Chensi lay down on the ground, a rope hung her upper body, the villain sat behind her, knelt down on her and stroked her whole body with both hands, and at this time Yuchen’s mouth was entangled again A few rounds of thick bandages, only nasal sounds. The bad guys play enough to get away from her and struggle on the ground! In the third act, the bad guy wanted to see the whole body tightly bound and controlled, so he tied Yuchen tightly, and even his hair was tied up and connected to her feet, which made her head, hands, and feet together unable to move. , can only make a humiliating whimper. There is an interview at the end.”