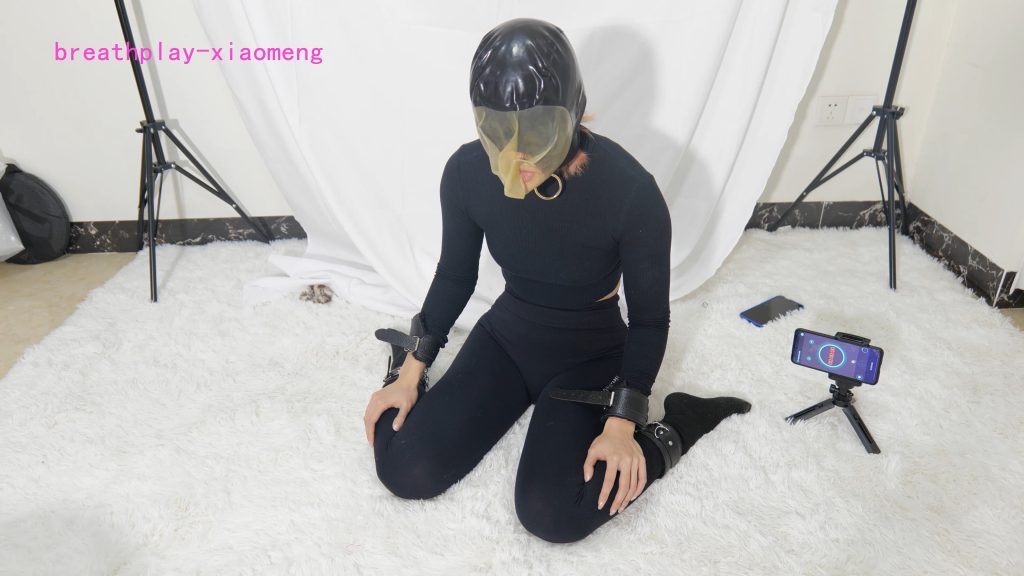 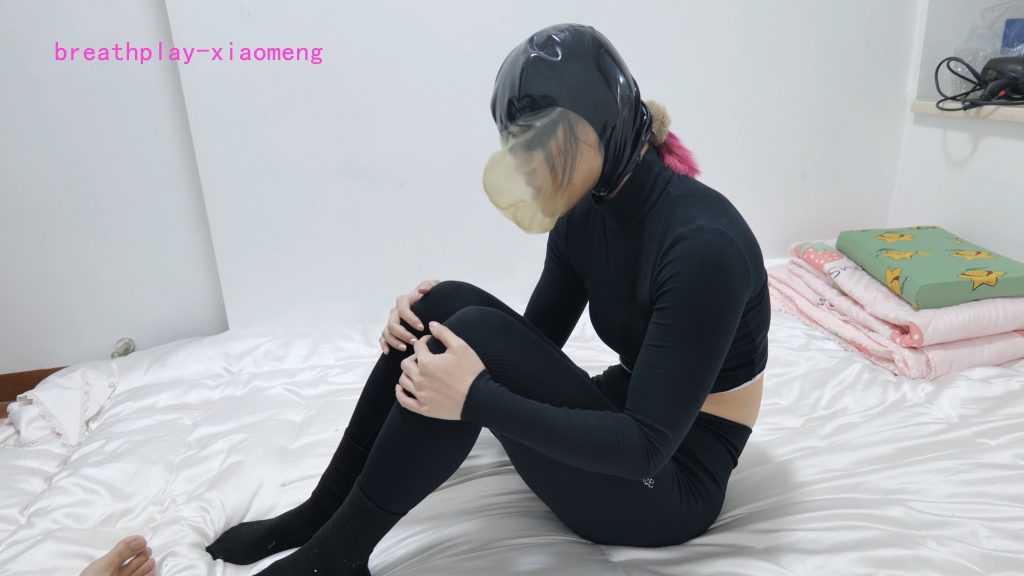 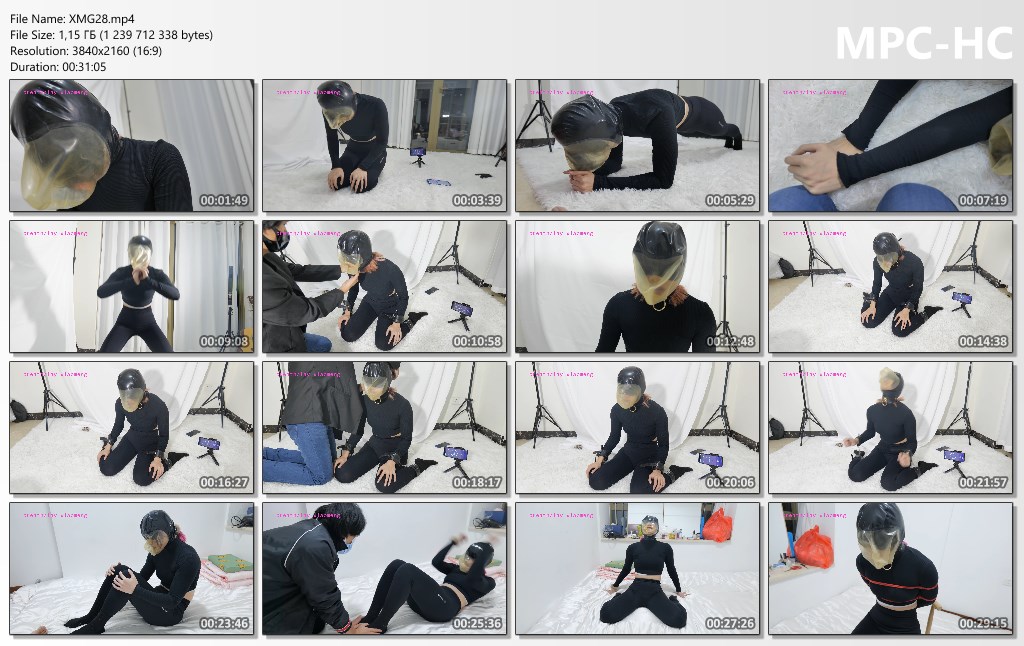 “Sister Xiaoyu, who likes to exercise, naturally wants to try anaerobic exercise. Putting on the non-porous headgear, Xiaoyu first completed three sets of timed plank support and rest without taking off the headgear. The set time was longer than that of the other set, and the rest time of the third set was incorrectly set to positive timing. Poor Xiaoyu insisted on waiting for the alarm clock that counted down. When I found out the mistake, Xiaoyu had collapsed on the ground, her lips were purple, and she was twitching slightly… Next was a group of squatting for more than two minutes, although she was angry. Panting, but Xiao Yu still successfully completed. Take a good rest before the next exercise, so I cuffed Xiao Yu’s hand and foot together on the same side, and put a collar on the outside of her headgear, so she couldn’t take off the headgear herself. The rest was still three rounds, and the time was increased from 2 minutes to 3.5 minutes. However, Xiaoyu obviously wanted to rest for a longer time, and the last round actually lasted for 4 minutes and 15 seconds. Then there are two sets of sit-ups, each of which is to complete 20 sit-ups and then continue to rest with a headgear for more than 1.5 minutes. Finally, this is the most exciting unbinding challenge of this issue. Xiaoyu’s upper body was tied with ropes, his hands were tied behind his back, he wore a non-porous headgear, and was locked by a collar with a lock on his neck. The keys were randomly thrown into the corner of the room. Xiaoyu had to sit quietly in the chair for a minute and wait for the alarm clock to go off, then break free from the shackles of her hands and find the key on the floor of the room, then open the lock of the collar, unlock the collar, and finally take off the headgear.”