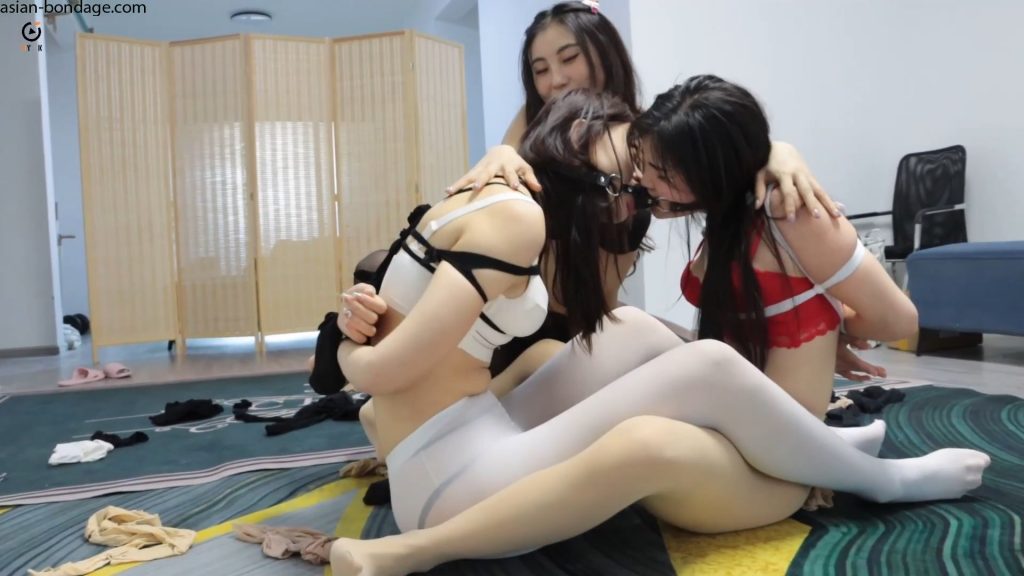 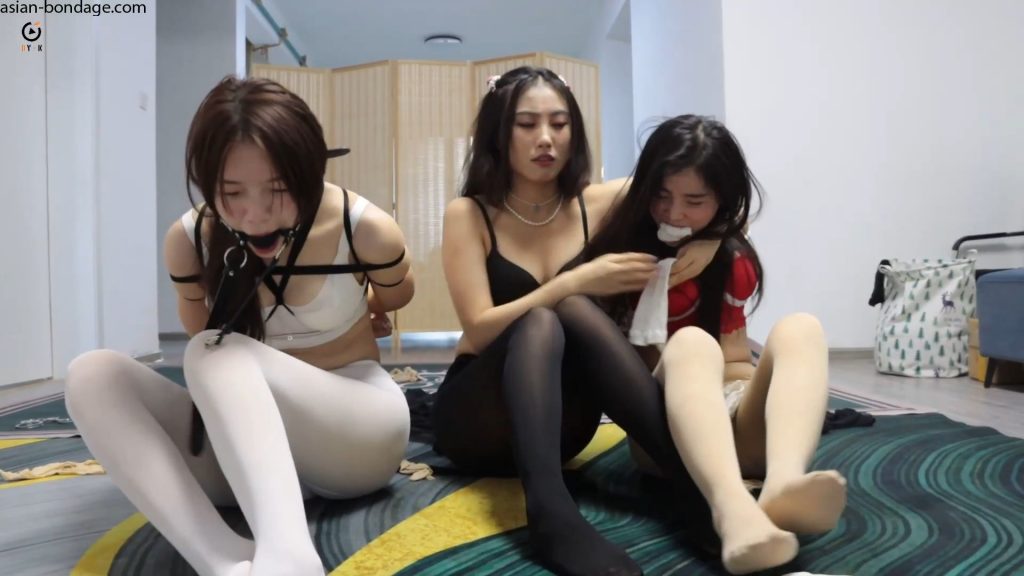 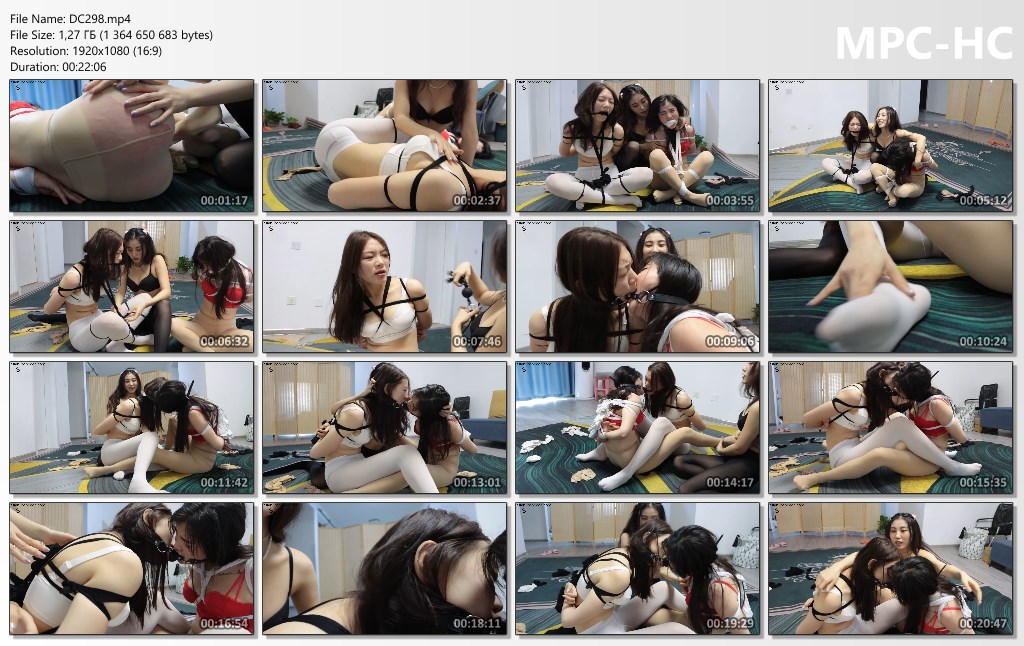 “After breaking free, Enke successfully tied up Xiaoyu, and tied her and Qingyu in the pose of Hailao to play with. As a senior of the rope die circle, Enke’s playing scale is obviously more unrestrained than Xiaoyu. In addition to stroking Xiaoyu and Qingyu’s bodies, Enke’s hands are also separated by thin pantyhose between Xiaoyu and Qingyu. stroking his private parts repeatedly. After stroking for a while, Enke put a double ball on Qingyu and Xiaoyu again, and placed them face to face to continue stroking. (Enke’s line skills and acting skills are my knees, and the most S-feeling part of the whole video is Enke’s part.) After playing for a while, Enke felt a little tired and went to rest. Just when she was taking a nap, Qingyu broke free, picked up a bunch of flesh-colored stockings, and walked towards Enke who was sleeping, with the mantis catching the cicada and the oriole behind. Who is the ultimate winner of this kidnapping case?”