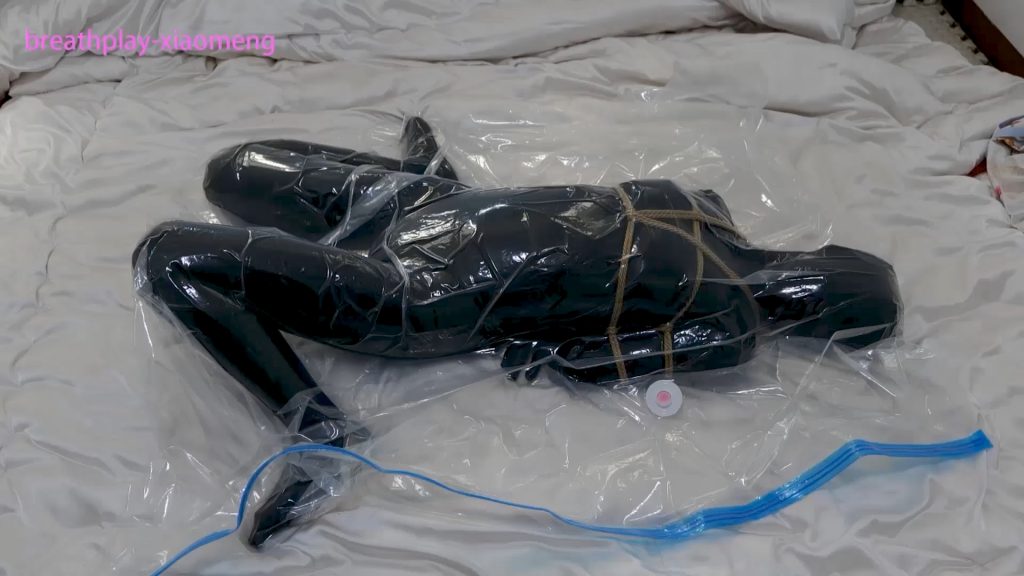 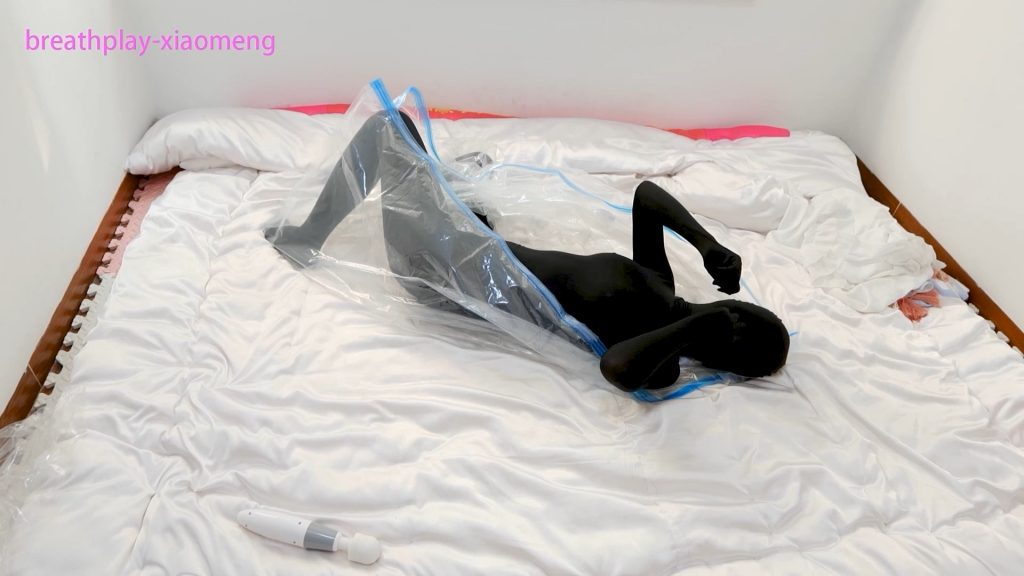 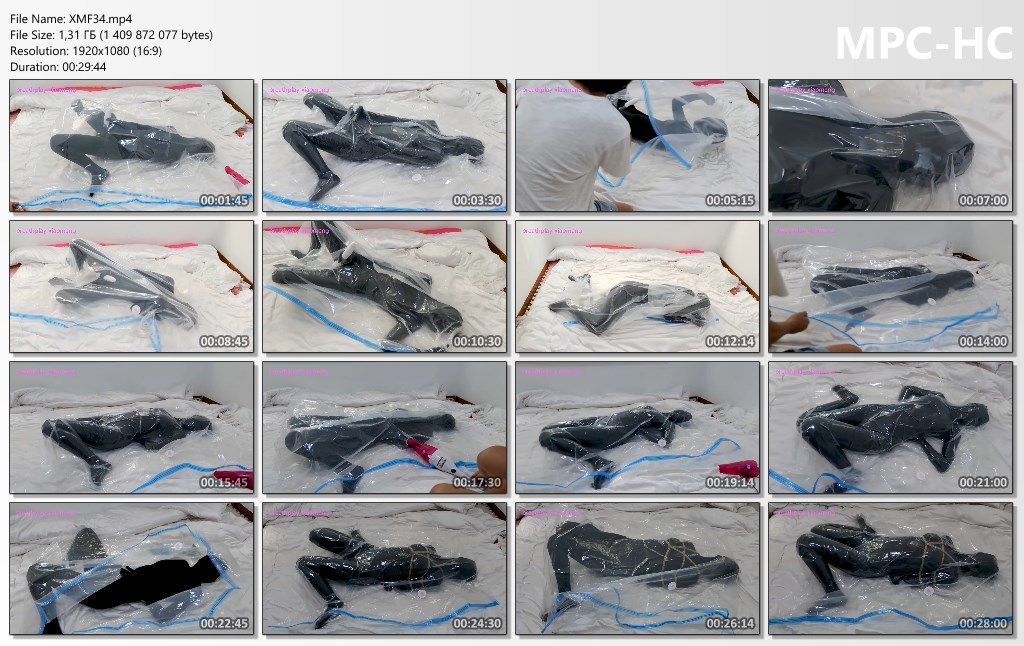 “Xiaomeng said that she misses the feeling of in the vacuum bag, so let’s do it again. There are three scenes in this video. In each scene, Xiaomeng is vacuum-compressed multiple times, with only a short rest period in between, not even enough for her breathing to calm down completely. Really exciting! The first scene is to fulfill Xiaomeng’s wish: she takes  in the vacuum bag. After nearly three minutes, I had to open the bag to let her get some fresh air, and she never removed. The bag was vacuumed again after nearly a minute. She only lasted about two minutes this time as a violent hit her. Surprisingly, she asked to do it again after this and within less than a minute she was compressed again. This time came quickly and lasted a long time, but instead of letting her out like I expected, I just watched her struggle violently until she was inside for over three minutes. The second scene has no vibrator, poor Xiaomeng is compressed alone, and the air is pumped cleaner than the first scene. She was exhausted by this point, but I still tried to keep her going for nearly two minutes each three times in a row with less than a minute of rest in between. The last scene is similar to the second scene, except that Xiaomeng’s upper body is bound by a rope, her arms and hands cannot move, and the air that can be held in her lungs is also reduced due to the restraint of her chest. She was vacuum-compressed twice, with only short breaks in between. I approached her several times at the last moment, making her think I was going to let her out, only to find out I was just teasing her… struggling, rolling, kicking and finally she let out an exaggerated scream!”