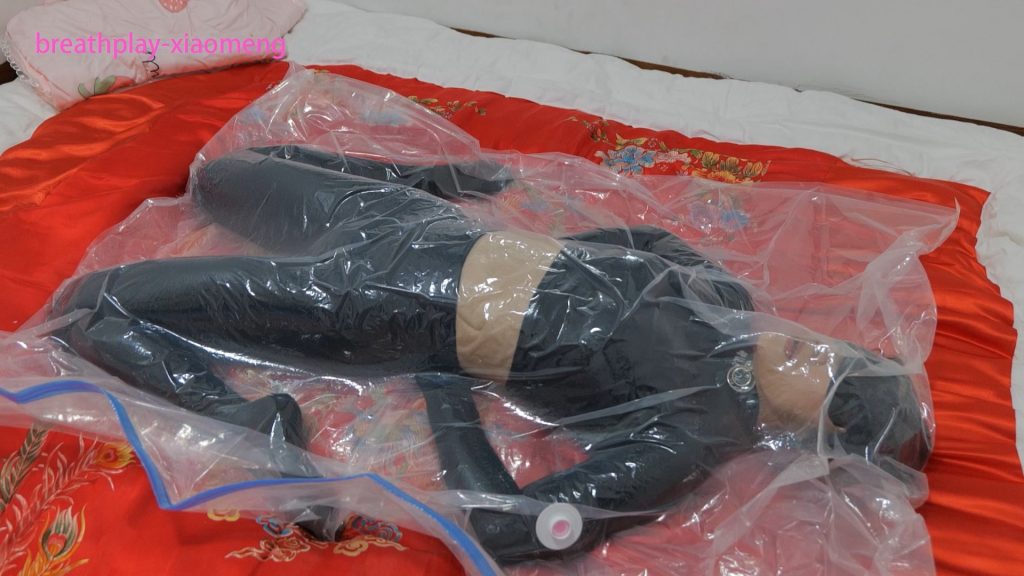 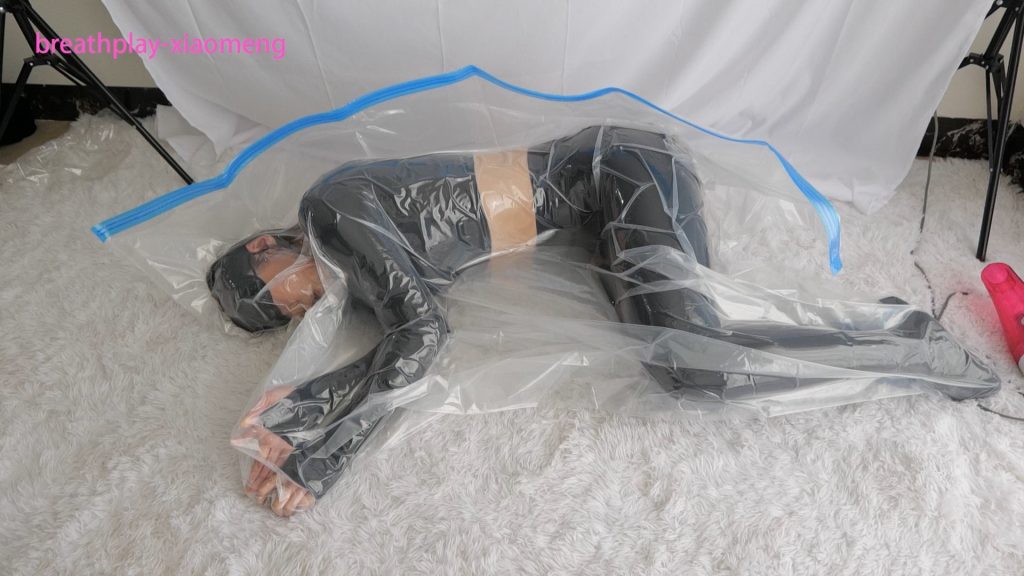 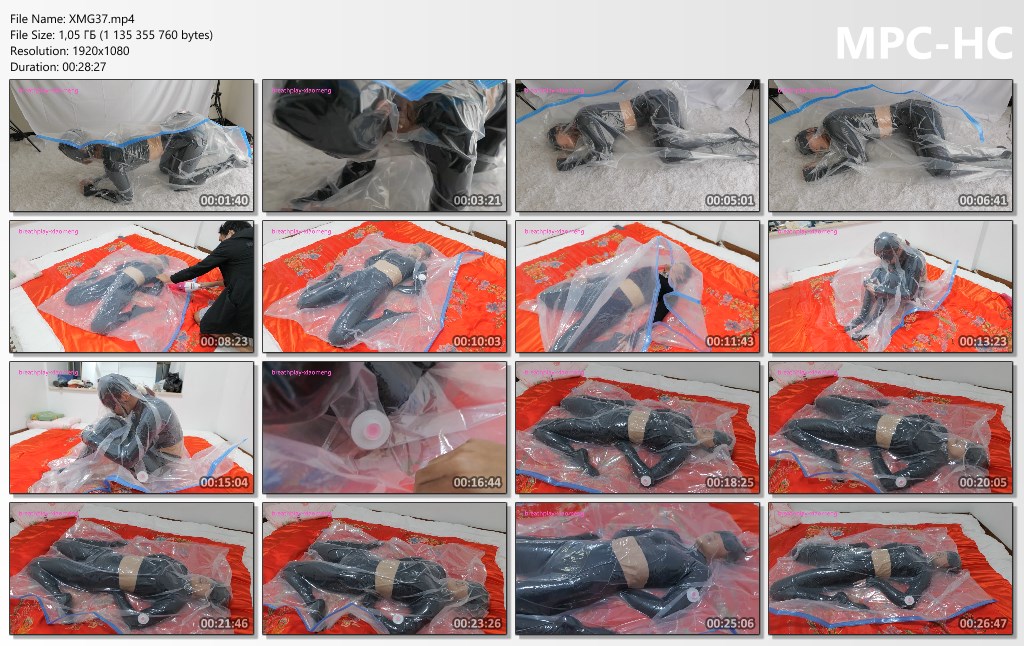 “This video is about the long-lost vacuum bag theme, and Xiaoyu Xuejie contributed her many firsts: the first vacuum puppy party, the first sitting vacuum bag, the first The second empty lung vacuum bag, and the first hypoxic convulsion in the vacuum bag… really makes people sweat! Senior sister Xiaoyu tied a small bell, and lay on her elbows and knees in the vacuum bag. After pumping, a cute vacuum puppy appeared. The “Little Royal Dog” could not move or bark, and could only whimper in protest of her situation. Of course, such an interesting game cannot be played only once. In the second game, I directly pushed “Xiao Yugou” to the ground, and she had no ability to resist, so she could only maintain a fixed posture and lie on her side, continuing to whimper and pant. After the fun, warm up with a round of lying down vacuum bags. Accompanied by the sound of Xiao Yu struggling to breathe the residual air against the plastic, the time soon exceeded 2 and a half minutes. At this time, Xiao Yu was able to perform high-quality squid kicks while struggling, which is really a physical talent! Xiao Yu tried the sitting position for the first time after the lying position ended. Facts have proved that it is more difficult to pump out the air in the bag under the sitting position. After being pumped three times in a row, Xiaoyu still broke through for more than 4 minutes, although every time she exhaled was accompanied by screams. In order to get as much air out of the bag as possible, Xiao Yu changed back to the prone position in the subsequent attempt. Although the duration of the next first attempt was not very ideal, she regained her feeling in the second attempt. Not only did she last for 4 minutes again, but her breathing muscles twitched and she could no longer inhale smoothly. Under the circumstances, it can output several times of high-quality carp fights, which is really worthy of being a senior. Next is the main event. Sister Xiao Yu promised to try a complete vacuum, which means that not only is there no residual air in the bag, but even the air in the lungs will be spit out and sucked away. I asked Xiaoyu not to hold his breath when the vacuum cleaner was pumping air, but to keep breathing in a relaxed state. Soon, Senior Sister Xiao Yu successfully achieved the achievement of emptying the lung vacuum bag, but Xiao Yu, who had completely lost her air, fell into a state of silent rage in an instant: on one side, her whole body was struggling violently, on the other side, she was spitting out a short gasp with her mouth wide open. After the word “ah”, there was no sound. About 20 seconds later, I had to quickly open the bag, and Xiao Yu, who finally inhaled the air again, let out a late scream. Afterwards, Xiaoyu told me that in fact, her time was not so short, but the double pressure of the super-tight empty lung vacuum bag on people’s body and mind knocked her down, especially when she found that she could not make any sound at all. When she couldn’t ask for help through words, the sense of despair instantly overwhelmed her reason, making it impossible for her to hold her breath calmly. It seems that even for Xiao Yu-senpai, emptying the lung vacuum bag is quite a difficult challenge. After experiencing setbacks, Xiaoyu thought that it should be done step by step, so she planned to do another half-lung vacuum bag practice before the end of the filming. However, an accident happened: Xiaoyu, who was seriously overdrawn physically and mentally, died after more than 1 minute and 40 seconds. Convulsions and loss of consciousness occurred due to lack of oxygen, and convulsions of varying degrees occurred from both hands to the whole body. The practice stopped immediately, I hurriedly opened the bag, and then slapped and pinched Xiaoyu’s face, finally allowing her to regain her sanity and relatively normal breathing rhythm. Haste makes waste, it seems that the vacuum bag practice is coming to an end…”